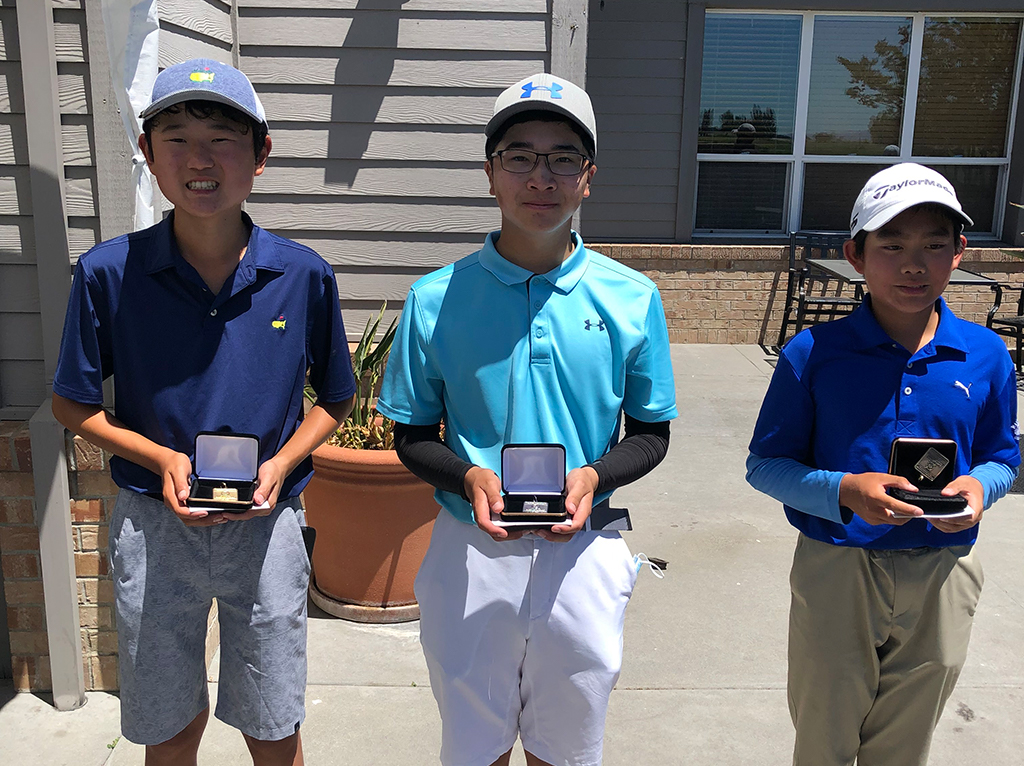 PEBBLE BEACH, Calif. (June 14, 2021) – Sponsored by Capital Insurance Group, the 2020-2021 Junior Tour of Northern California (JTNC) crowned champions Sunday at the Summer Series I Championship at The Reserve at Spanos Park in Stockton.

Zachery Pollo shot even par 144 and defeated Maddox Yi and Jaden Dumdumaya in a playoff and Madelyn Gamble shot 3-over par 147 and defeated Asterisk Talley, Kiara Romero and Kaylyn Noh to win their respective divisions at the Summer Series I Championship held Saturday and Sunday at par-72 The Reserve at Spanos Park. 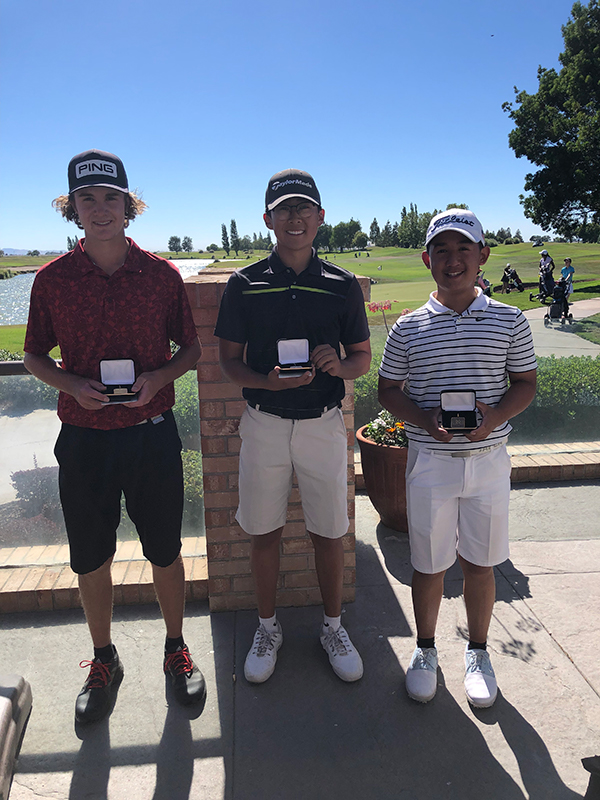 Pollo made the Boys’ Player of the Year race tighter, picking up his second win of the season in dramatic fashion. He’d come up clutch not only in the playoff, but in simply getting there. To get into the playoff, Pollo birdied the 18th hole in regulation. Overall, he had four birdies in the final round to offset four bogeys.

A day earlier, Pollo posted three birdies and an eagle to go against five bogeys. Yi, who earned second place after a card-off, finished with a solid 71 that included birdies on three of his final five holes. Dumdumaya, who came in as the points leader, could’ve won outright but had to settle for a par on the 18th hole of regulation and a final round of 72. 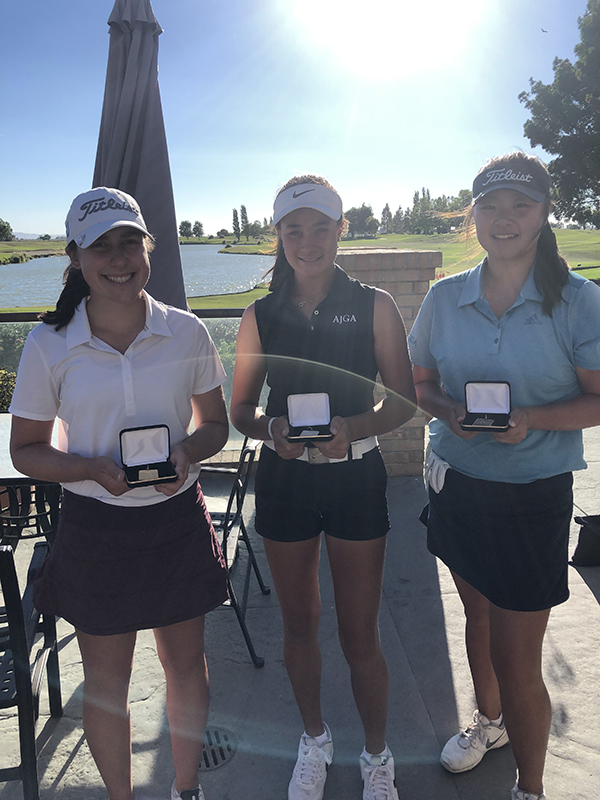 In the Girls’ Championship, Gamble also pulled off the victory in dramatic fashion. The 2019 Girls’ Player of the Year, Gamble bounced back from a pair of late bogeys in regulation to get the win. Overall, she’d post four birdies over her two rounds (73-74).

Talley, who earned second place after a card-off, had a chance to win the title outright but had to settle for a par on 18 and a final round of 71. Romero, the defending Girls’ Player of the Year, also could’ve won with a birdie on the 18th. She’d shoot rounds of 71-76. Noh, who had opened with a 70, also had a chance to win it on the 18th, but had to settle for par.

Sophie Thai was fifth at 150. Natalie Vo, who finished 6th, had the low Girls’ round, a 69 posted on Saturday. 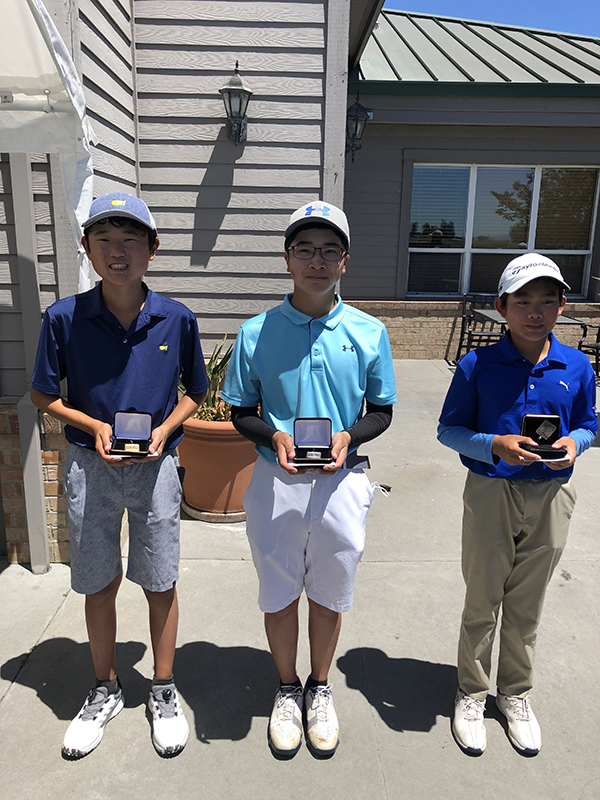 In the Boys’ First Flight Championship, Taiki Matsuya shot a final round 73 and defeated Sean Kwok in a playoff to win the title. Kwok had a final round 74.

Ian Vodopich and Richard Ding finished T-3 at 152. Vodopich earned third place via a card-off. Liam Eyer was fifth at 153. 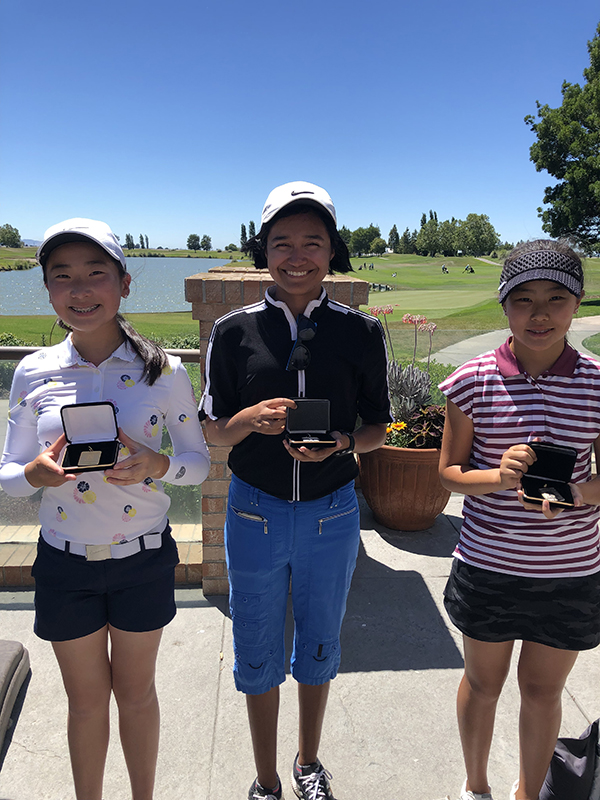 In the Girls’ First Flight Championship, Pepper Chai shot a final round 77 to come in at 155 and defeat runner-up Michelle Euan by two shots. Euan had a final round 79.

Rayne Ripperger was third at 158, while Jiana Park was fourth at 160. Caroline Gao and Saisha Vibhute were T-5 at 163.

The next event on the JTNC calendar is the Summer Series II Championship, to be held June 16-17 at Poppy Ridge Golf Course in Livermore. The event will be a qualifier for the PGA Junior.