With their victories, Carper and Ha also earned spots in this year’s PGA Junior and PGA Girls’ Junior Championships, respectively. 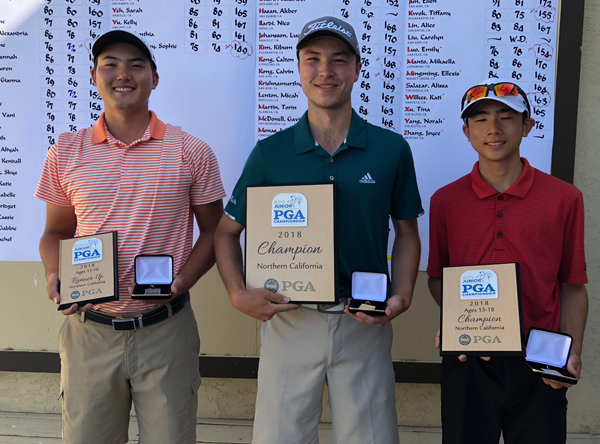 Carper notched his first win of the 2017-2018 season thanks to stellar play each day. He’d open with a 68 and follow that up with a 67 to defeat runner-up Gregory Lee of San Jose by five shots.

Over his two rounds, Carper posted an eagle and eight birdies to go against just one bogey. Lee had a final round 68.

Finishing in a tie for third at 2-under 142 were Hayward’s Moses Greene and Carson Levit of San Francisco. Greene was awarded third place following a card-off. Brendan Hy of San Ramon took fifth at 144. 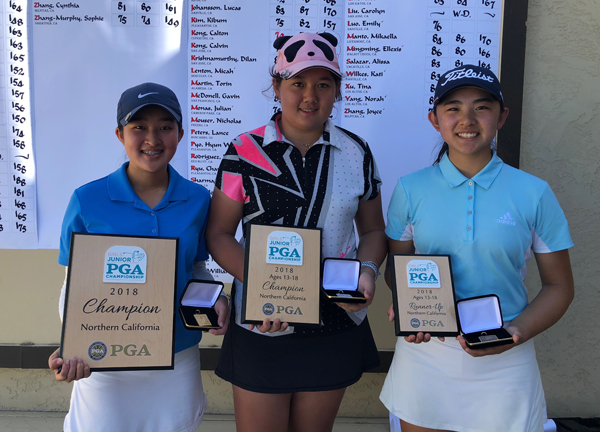 In the Girls Championship, Ha came back with a final round 72 to defeat runner-up Sophie Zhang-Murphy for her second win of the 2017-2018 season. Overall, Ha carded seven birdies to go against nine bogeys and a double-bogey. Six of her birdies came in the second round.

Zhang-Murphy had a chance to win but played her last three holes at 2-over en route to a final round 74. Elizabeth Lu of Monte Sereno was third at 150 after a 76.

Irene Jun of San Jose and Kristine Tran of San Jose finished in fourth and fifth place at 152 and 153, respectively. 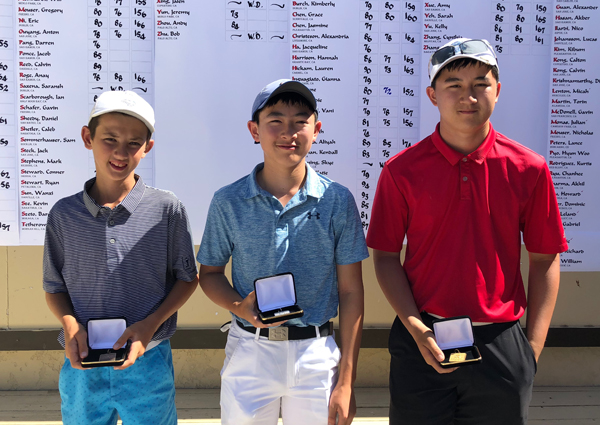 In the Boys’ First Flight Championship, Calton Kong of Cupertino shot a final round 78 to come in at 149 and defeat runner-up Calvin Kong by a shot. Calvin had a final round 74.

Julian Monas of Cameron Park and Alexander Guan of San Jose tied for third at 152. Monas was awarded third in a card-off. Chanhee Ryu of Pleasanton was fifth at 153. 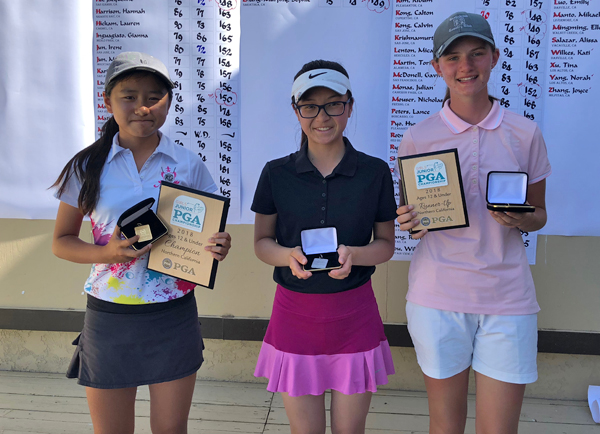 In the Girls’ First Flight Championship, Emily Luo of Danville shot a final round 78 to come in at 154 and defeat runner-up Tiffany Kwok by a shot. Kwok had a final round 75.

Kati Wilkes of Danville was third at 163, while Alissa Salazar of Vacaville was fourth at 164. Tina Xu of Los Altos and Olivia Duan of Cupertino finished T-5 at 165.

Next up on the JTNC calendar is the Summer Series III Championship, to be held June 24-25 at El Macero Country Club in Davis.