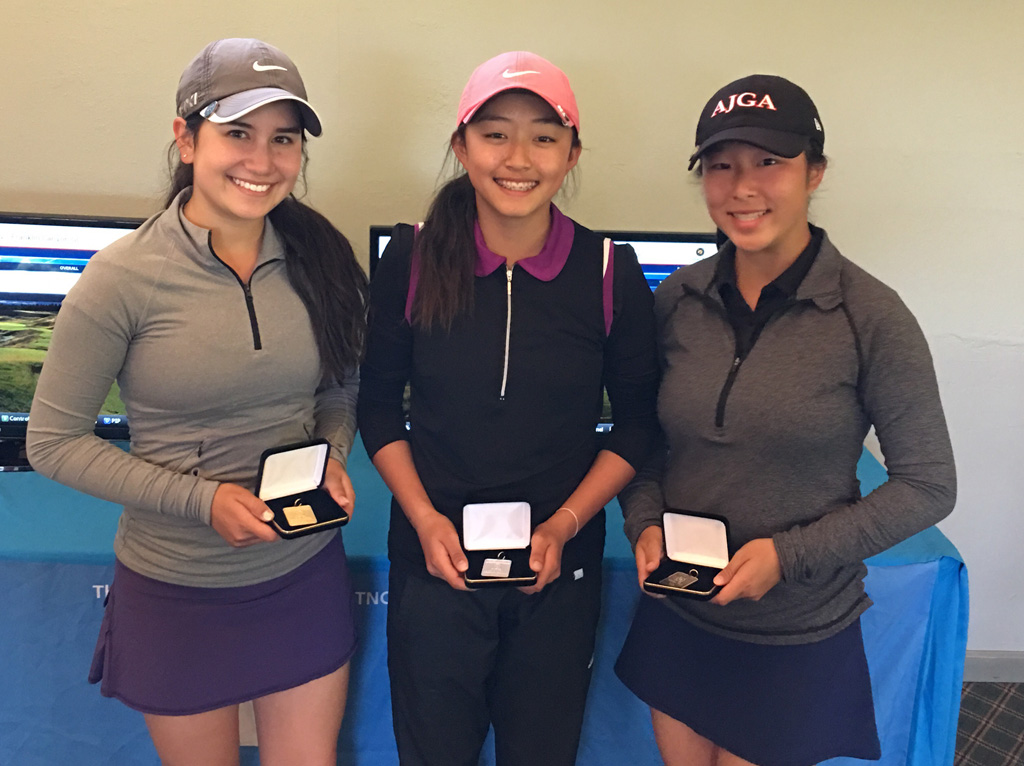 Phillips picked up his first win of the 2016-2017 JTNC season by coming through huge down the stretch. He’d birdie holes No.16, No.17 and No.18 in succession for a final round 1-over 72 to hold off runner-up Connor Motherway of Reno by a stroke.

In his first round, Phillips also strung together three birdies in a row from holes No.7 through No.9.

Motherway also birdied the 18th, but an earlier double-bogey on the 11th left him with a second round 75 and two-day total of 146.

Aaron Chen of Fremont was also in the thick of things, carding a 75 to finish third at 147. Chen birdied the 14th and 15th but fell back with a bogey on the par-3 17th.

Matthew Sutherland of Carmichael and Jack Moeller of Lafayette finished tied for fourth at 148 after final rounds of 73 and 75, respectively. In the Girls’ Championship, there was also drama as Pugatch, Mika Jin of Fremont and Annie Liu of Pleasanton all finished tied for first after regulation with identical scores of 149. Pugatch went on to get the win, her first of the season, after making birdie on the second playoff hole.

Livermore’s Alexandria Christeson was fourth at 153 after a 78. Madelyn Gamble of Pleasant Hill and San Jose’s Katherine Zhu tied for fifth place at 154 after final rounds of 75 and 82, respectively. In the Boys’ First Flight Championship, Gregory Lee of San Jose shot a final round 72 to come in at 146 and win by five over runner-up Cameron Keith of Alamo. Keith closed with a 76.

Third place went to Bob Zhu of Palo Alto at 153, while Aditya Tedimeti was fourth at 156. Mitchell Hoey of Alamo took fifth at 157. In the Girls’ First Flight Championship, Vamika Achanta of San Jose won her second straight title, shooting a final round 79 to come in at 158, defeating runner-up Madison Wu of Dublin by three strokes.

Two players—Brooke Yi of Pleasanton and Selena Tang of Fremont—finished T-3 at 162. Yi would be awarded third place following a card-off.

Next up on the JTNC calendar is the Spring Series V Championship, slated for April 29-30 at Darkhorse Golf Club in Auburn.