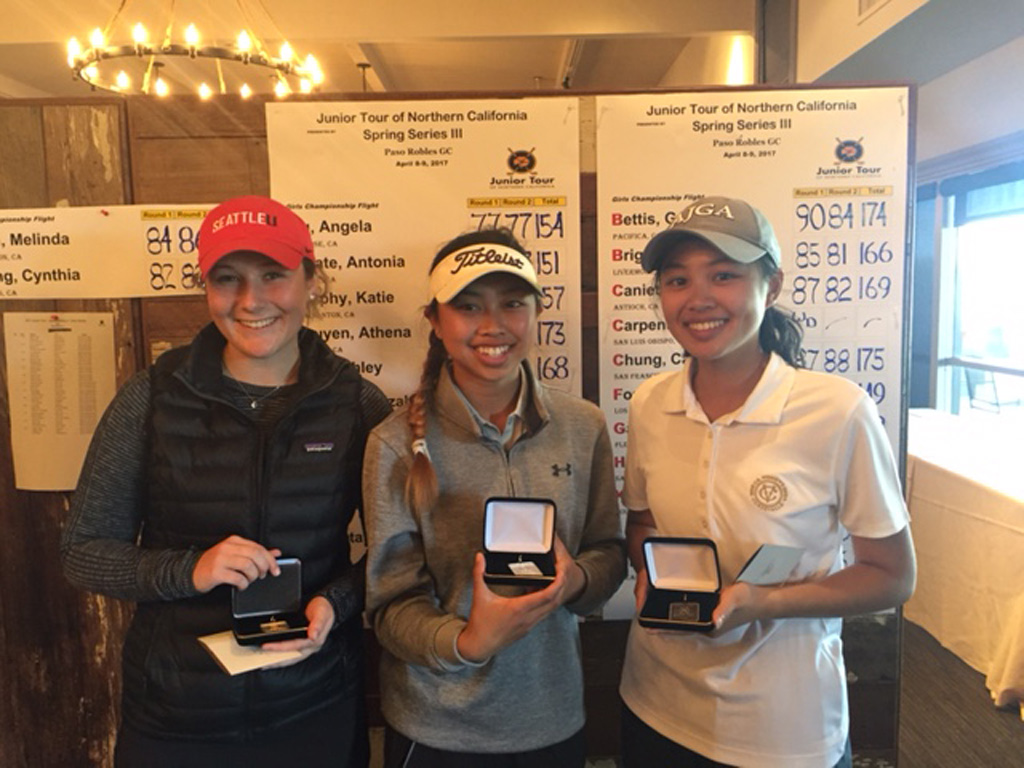 Griggs got his second win of the season in dramatic fashion, making a birdie in a sudden-death playoff to defeat runner-up Jackson Lake.  Also the winner of the Fall Series IX Championship, Griggs had a huge comeback to win the title.

A day after opening with a 75, Griggs caught fire, posting an eagle (par-5 12th) to go along with four birdies—three of which came down the stretch on holes No.15 through No.17. He’d add a par on the 18th to finish regulation tied with Lake.

Lake was steady on both days, carding back-to-back rounds of 71. In both rounds, he’d split his scoring, carding four birdies to go against four bogeys.

Nearly joining the playoff was Carmichael’s Chase Sienkiewicz, who came in at 143 following a 71. Sienkiewicz also birdied No.15 and No.16 but stumbled with a bogey on the 17th.  A par on 18 left him a shot back. In the Girls’ Championship, Foster nabbed her first victory of the season courtesy of a stellar second round.

A day after opening with a 78, Foster too got going, shooting a 71 that featured three birdies and three bogeys to defeat runner-up Antonia Malate of Seaside by two shots. In the Boys’ First Flight Championship, Connor Lien of Cupertino got the win, shooting a final round 76 to finish at 150 and defeat runner-up Krishan Patel of San Jose by three strokes.

Patel had a final round 79. Bob Zhu of Palo Alto was third at 155, while Keyan Patel of Pismo Beach was fourth at 156. Fifth place went to Adam Duncan of Bakersfield at 157. In the Girls’ First Flight Championship, Varnika Achanta of San Jose shot a final round 77 to come in at 153, cruising to a nine shot victory over runner-up Brooke Yi of Pleasanton.

Two players—Samira Pal of Cupertino and Katie Fong of Dublin—finished tied for third at 166. Pal was awarded third place following a card-off. Fifth place went to Gabbie Puspoki of Pleasanton at 168.

The JTNC would like to express its thanks to the Paso Robles GC staff for its extreme hospitality and services.

Next up on the JTNC calendar is the Spring Series IV Championship, slated for April 22-23 at Franklin Canyon Golf Course in Hercules.