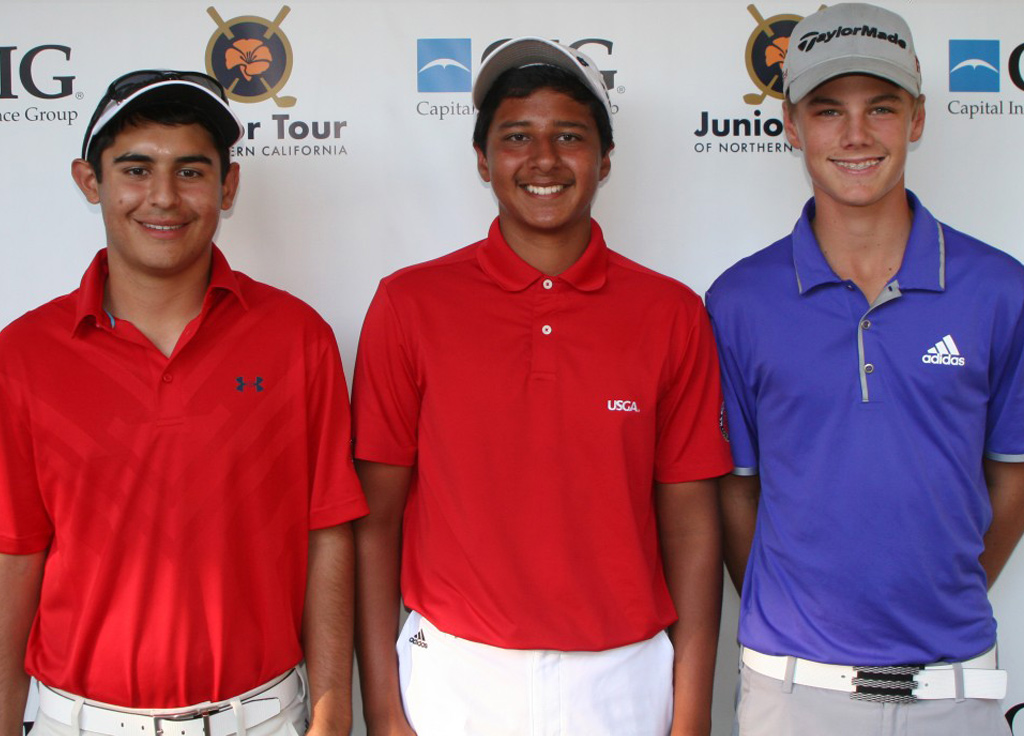 Hakim picked up his first win of the 2015-2016 season after defeating Palo Alto’s Ahmed Ali on the second hole of a sudden-death playoff. 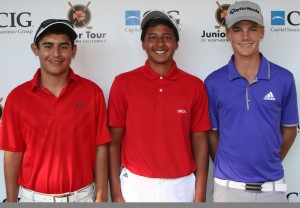 In just getting to the playoff, Hakim put together one of the best rounds of the season. A day after struggling to an opening round 76, Hakim fired a brilliant, bogey-free 66 that included six birdies. He’d make his big move on the front-nine, where he posted a 4-under 32.

Ali, who took the first round lead with a 68, opened the door for Hakim by slipping back to a 74 in Sunday’s second round. During his 68, Ali, who was looking for his second straight win, had six birdies to go against two bogeys. He’d have a chance to win the title in regulation but carded a crucial bogey on the par-4 13th. Ali followed that up with five straight pars to also come in at 142.

Hakim’s previous best finishes had been a pair of fourth place runs at the Fall Series V and Fall Series VIII Championships.

Alamo’s Ryan Grauman finished fourth at 145 following a second round 74, while Granite Bay’s Drake Mendenhall finished fifth at 147 after a 72.

For Iqbal, the victory was also her first of the new season. The two-time defending JTNC Girls’ Player of the Year, who now has 15 career JTNC titles, had previously finished second at both the Fall Series I and Fall Series IV Championships. 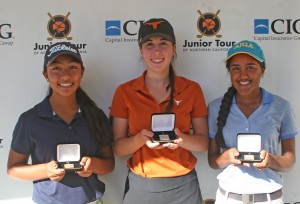 Following Saturday’s first round, Iqbal and Emilee Hoffman of Folsom were tied atop the leaderboard at 70. Hoffman, who was in search of her third win of the season, had previously won the Fall Series IV and Fall Series VIII titles.

In the finale, Iqbal emerged the winner after carding a 71 that featured five birdies to go against two bogeys and a double-bogey.

Hoffman fell back to a 73 after going 3-over through her first 14 holes. She’d card back-to-back birdies on holes No.15 and No.16, but by then Iqbal had sewn things up.

San Mateo’s Kiran Sangha, who took second at the Fall Series VII Championship, was also in the mix after an opening round 71. She’d shoot a second round 73 to finish alone in third at 144. 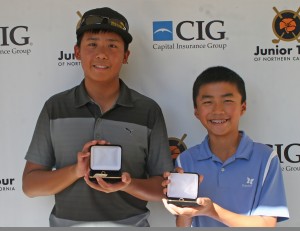 Fourth place went to Katherine Zhu of San Jose at 151 following a 78. Three players—Mika Jin of Fremont, Belinda Hu of San Ramon and Amanjoty Sangha of San Mateo—all finished T-5 at 153 following final round scores of 78, 79 and 80, respectively.

Over in the Boys’ First Flight, Jared Yee of Fremont took the title, shooting a final round 77 to come in at 153 and defeat runner-up Kevin Sze of Saratoga by three shots. Sze shot a final round 79.

Third place went to Gunwoo Han of San Leandro at 157 following a 79, while Jeremy Choi of Fremont finished fourth at 158 after an 81.

Jared Khoo of Danville and Baron Szeto of Moraga placed T-5 at 159 following scores of 76 and 81, respectively.

In the Girls’ First Flight Championship, it also took extra holes to determine a champion. 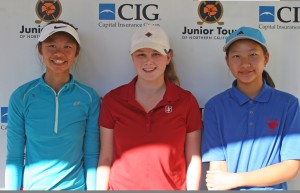 Jasmine of Chen of Pleasanton defeated Lauren von Thaden of Atherton on the first hole of a sudden-death playoff for the victory. The two had both come in tied after regulation at 161, having shot identical rounds of 80-81. 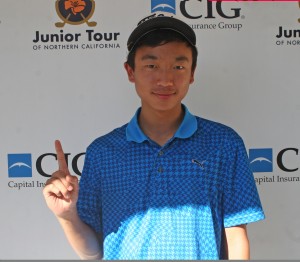 William Yao had the lone ace of the tournament.

William Yao of Santa Clara had the shot of the tournament, acing the 2nd hole during the second round.

The Fall Series IX Championship concluded the Fall Series portion of the season. Next up on the 2015-2016 JTNC calendar  is the Holiday Series I, slated for Nov. 23-24 at Del Monte Golf Course in Monterey.