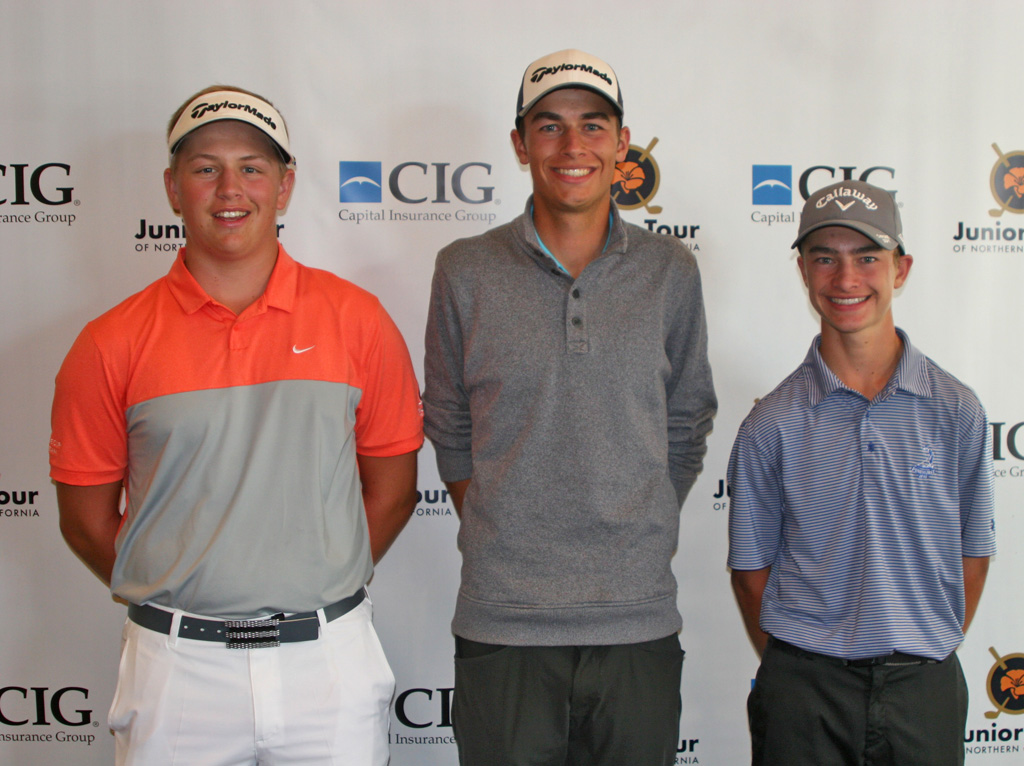 Summer Series I: The Reserve at Spanos Park G.C.

kciminoDec 7, 2016Comments Off on Summer Series I: The Reserve at Spanos Park G.C.Current Year, Past Results, Tournaments

Alamo resident Ryan Grauman shot 3-over 145 and defeated Walnut Creek in a playoff and San Ramon resident Danielle Suh shot 6-over 150 to win their respective divisions at the Summer Series I Championship held Saturday and Sunday at par-72 Reserve at Spanos Park. Grauman notched his first win of the 2016-2017 season after defeating Holm on the second hole (hole 18)  of a sudden-death playoff. Grauman won the same event last year at the same site.

Boasting two previous Top Three finishes (T2 at Fall Series VII and third at Fall Series III), Grauman was steady in regulation, carding rounds of 73-72. Of his six total birdies, the biggest may have been on the 16th on Sunday, which kept him at even-par for the championship.

Holm, who was also in search of his first victory, made a valiant Sunday charge, posting a 69 that included four bogeys and just one bogey. Holm’s biggest birdie was no doubt on the 18th on Sunday, which put him in the playoff with Grauman.

Sam Sommerhauser, who was coming off a win at the Spring Series VII Championship, had a final round 75 to finish third at 147. Ryan Lu of San Leandro and San Ramon’s Ashkaan Hakim finished T-4 at 148 after rounds of 71 and 72, respectively. In the Girls’ Championship, Suh got her second win of the season by holding off reigning Girls’ Player of the Year Sabrina Iqbal.

Coming off a shaky first round 77, Suh got going on Sunday with a front-nine 33. The three birdies would help her offset a closing bogey and double-bogey on the 17th and 18th holes, respectively.

Iqbal, the 2016 NCGA Women’s Player of the Year, closed with a birdie on the 18th for a 73 and two-day total of 151. She had a chance to take the title but a hole earlier was stung by a critical double-bogey.

Mika Jin of Fremont was also in the mix, posting a 74 to finish third at 152. Simar Singh of Los Altos was fourth at 155 following a 76, while Annie Liu of Pleasanton placed fifth at 156 after a 78. In the Boys’ First Flight Championship, Anton Ouyang of San Jose had a great weekend, shooting 75-71 to come in at 146 and defeat runner-up Alexander Iniakov of Prunedale by nine shots.

Third place went to Howard Shu of Saratoga at 155, while Jacques Le of San Jose was fourth at 159. Garrett Harrison of Granite Bay and Danville’s Matthew Lee shared fifth place at 162, Five players—Skyler May of Stockton, Kathryn Robinson of American Canyon, Meghan Paracuelles of Folsom, Jaclyn La Ha of Pleasanton and Tiffany Kwok of Pleasanton—all tied for third at 166. May would be awarded third place following a card-off.

Next up on the JTNC calendar is the Summer Series II Championship, slated for June 14-15 at Reserve at Poppy Ridge Golf Course in Livermore.