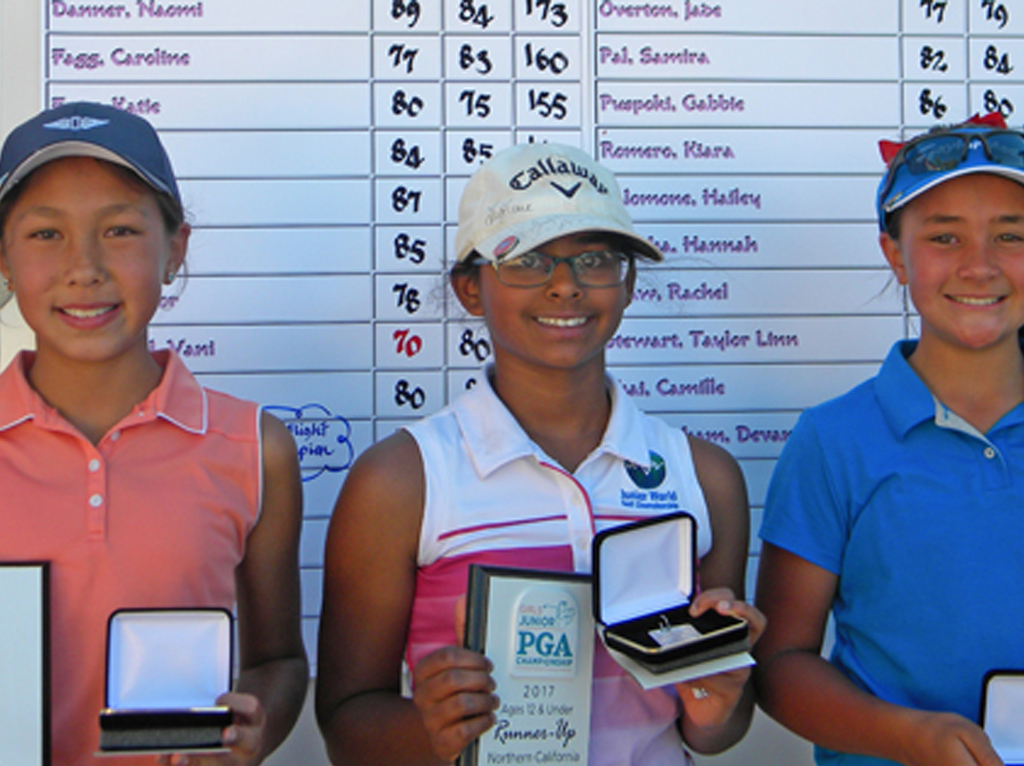 *Note*- Summer Series II at Poppy Ridge will also be a Northern California qualifying site for the PGA Junior Championship. Carper picked up his record-tying third win of the 2016-2017 season thanks to solid play each day.

Also the winner of the Holiday Series III and Spring Series V Championships, Carper opened with a bogey-free 67 that featured five birdies, including four on the front-nine. On Thursday, he’d post a 70 with a crucial birdie on the 18th to hold off runner-up Sergi Mata of Palo Alto by a stroke.

Both Carper and Mata earned automatic spots into this year’s Junior PGA Championship via their finishes.

Mata had a brilliant second round 65 with seven birdies and zero bogeys to make a charge.

Brian Ma of Milpitas and and Trey Davis of Oliverhurst finished T-3 at 141 after final rounds of 68 and 71, respectively. In the Girls’ Championship, Hu got her second win of the season with great play both rounds in what was her final JTNC event.

On Wednesday, Hu had a 69 with four birdies and a bogey. A day later, she’d post a 72 that included an eagle on the par-5 5th to come in at 141, defeating three players by two shots. In the Boys’ First Flight Championship, Anton Ouyang of San Jose shot a final round 75 to come in at 146 and defeat co-runners-up Curtis Dasilva of Marina and Calton Kong of Cupertino by three. Kiara Romero of San Jose was third at 151, while Pleasanton’s Kristen Lee was fourth at 152. Fifth place went to Dublin’s Katie Fong at 155.

Next up on the JTNC calendar is the Summer Series III Championship, slated for June 19-20 at Carmel Valley Ranch in Carmel Valley.