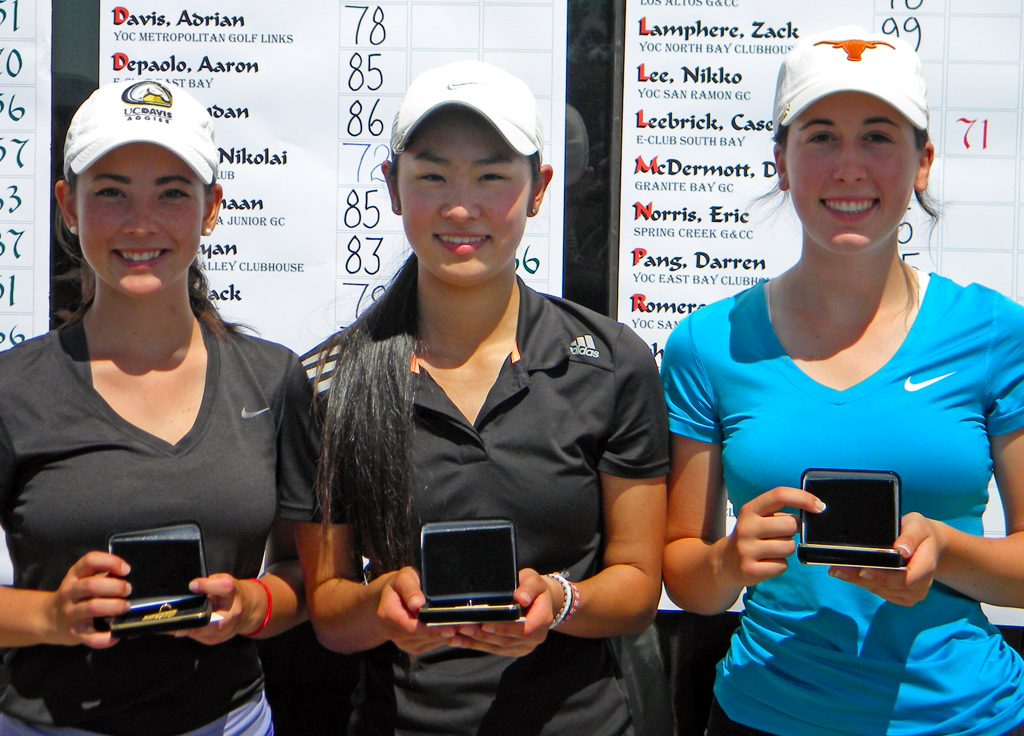 Bednarz picked up his first win of the season by being the only player to finish the 36-hole event with a score under par. 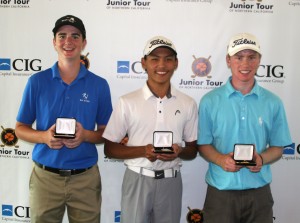 In Saturday’s first round at Rancho Solano, Bednarz, who started on the back-nine, got going by posting a 1-under 35 that included four birdies with a double-bogey and bogey. After making the turn, he’d card another 35 with two birdies and a bogey to come in at 70.

While the 70 was a great start, it left Bednarz tied with Isaiah Choi of San Ramon and one stroke back of first round leader Ryan Burnett of Lafayette.

Burnett came out on fire, carding five birdies within his first seven holes.  He’d cool off with a double-bogey and two bogeys on the back-nine, but added another two birdies to seize the lead. Choi, who started on the 11th hole, meanwhile, also started strong, carding a birdie on the 15th and an eagle on the par-5 17th. Later, Choi added two more birdies to go with a bogey and double-bogey.

In Sunday’s second round at Paradise Valley, Bednarz broke up the logjam at the top of the leaderboard.

Having started just one behind Burnett, Bednarz opened with an even-par front-nine 36 that featured three birdies, a bogey and a double-bogey that left him with a total of 2-under. On his back-nine, Bednarz continued to stretch his lead, carding birdies at No.11 and No.14 to get to 4-under. A final bogey on the 18th left him with a 71.

While Bednarz made his charge, Burnett began slipping. He’d also card a front-nine 36 that kept him in the lead at a total of 3-under, but on the back-nine he’d suffer a critical double-bogey on the par-4 11th. Burnett briefly righted the ship with a birdie on the 14th, but bogeyed three of his final four holes for a 76 that bumped him back to third place at 145.

Choi, who was tied with Bednarz at 70, also saw his chances end on the Paradise Valley back-nine. Coming off a front-nine 36, Choi carded a birdie on the 11th but went on to double-bogey the 12th. A final bogey on 18th left him with a 74 and two-day total of 144.

Placing fourth in the Boys’ Championship at 146 was Matt Heitel of Redwood City, who had rounds of 73-74. Moibhi Tyndall of Mountain View and Austin Murphy of Morgan Hill finished tied for fifth at 147 after final rounds of 73 and 74, respectively.

Like Bednarz, Hutchison also had to come from behind in earning her first win of the season. 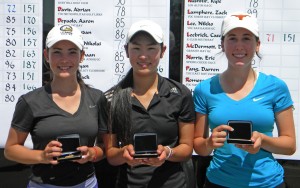 In Sunday’s finale at Rancho Solano, it was Hutchison who was steady, posting three birdies to go with just two bogeys for a 71 and two-day total of 145.

Duong, meanwhile, fell back into a tie for fourth at 149 after posting a 77.

Trying to catch Hutchison was Cupertino’s Bibilani Liu. A day after opening with a 78, Liu more than got back on track, posting a 69 that included a hole-out eagle on the par-4 14th, two birdies and a bogey for a 69. It wasn’t enough though, as Hutchison claimed a two-stroke win.

In the Boys’ First Flight Championship, Bradley Vu of Santa Cruz came from two strokes back, shooting a final round 72 at Rancho Solano for a two-day total of 146 and one stroke win over runner-up Grant Johnson of Walnut Creek.

In the pivotal second round, Vu had four birdies to go with four bogeys. Johnson, who shot a Sunday 74, posted two birdies but also four bogeys. 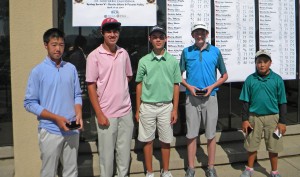 Finishing in a tie for third in the Boys’ First Flight at 150 were San Ramon’s Jack Gardner (71), San Ramon’s San Zhang (71) and Mill Valley’s Nikolai Friedman (78), who had taken the first round lead with a 72 at Paradise Valley.

In the Girls’ First Flight Championship, Alamo’s Annika Borrelli went wire-to-wire, following up a stellar opening round 72 at Rancho Solano with an 80 at Paradise Valley to win by one over runner-up Lauren Shew of San Francisco.

In her first round at Rancho Solano, Borrelli had four birdies and four bogeys. 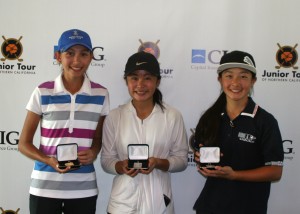