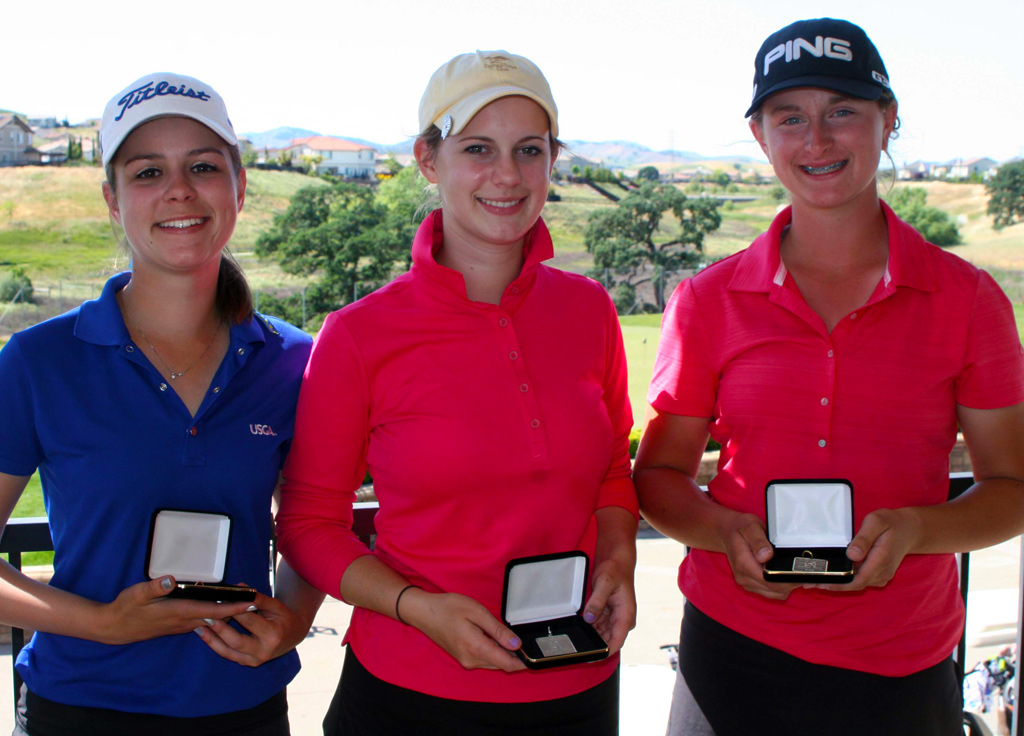 Hakim picked up his second win of the season by being the only player to shoot under 70 both days. 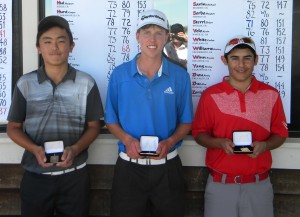 In Saturday’s first round at Deer Ridge, Hakim got going with a co-leading 2-under 69 that included five birdies, a double-bogey and a bogey. Also opening with a 69 was San Jose’s Devrath Das.

On Sunday at Shadow Lakes, Hakim continued his run, opening with a front-nine 33 that featured three birdies. On his back-nine, Hakim briefly opened the door for his pursuers when he played holes No.12 through No.14 at 4-over. He’d right the ship, however, with an eagle on the par-5 15th to get back to a total of 3-under par.

A birdie on the 16th and a closing birdie on the 18th gave him a second round 68 and sealed a three-stroke win over runner-up Joshua McCarthy of Danville.

McCarthy, the 2014 JTNC Player of the Year, opened play at Deer Ridge with an even-par 71. At Shadow Lakes, he’d open slowly with a 1-over 37 on his front-nine, but after making the turn he’d turn on the jets. The runner-up in the Pro-Junior at last year’s Nature Valley First Tee Open at Pebble Beach carded a 3-under 32 that featured four birdies, an eagle on the closing 18th, a bogey and a double-bogey for a 68 and two-day total of 140.

The back-nine 32 would come in handy, as it propelled McCarthy to a second place finish via a card-off with San Jose’s Daniel Kim, who also finished at 140.

After opening with a 72, Kim also went low at Shadow Lakes, posting a stellar 3-under 68 that included three birdies, an eagle on the 15th and just two bogeys.

Fellow San Jose resident Devrath Das, who had shared the first round lead with Hakim at 69, had a second round 72 to finish in fourth place at 141. Alex Zhu of Fremont took fifth place at 144 after rounds of 71-73.

Having the biggest turnaround in the Boys’ Championship was Seaside resident Nicklaus Rivera. A day after carding an 80, Rivera posted a 5-under 66 that featured seven birdies and a double-bogey.

While Hakim had some breathing room, Scavo was locked in a duel with friend Chloe Corriveau of Pebble Beach. 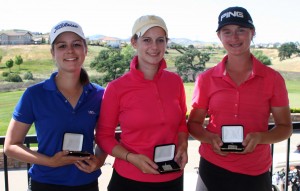 Following Saturday’s first round at Shadow Lakes, Corriveau was in the lead after posting a 1-over 72 that featured three birdies and four bogeys. Meanwhile, Scavo, who was coming off a runner-up finish at the Spring Series III Championship, was six shots behind following a 78.

On Sunday at Deer Ridge, Corriveau saw her score rise to 76 for a two-day total of 148 while Scavo posted a solid 1-under 70 that featured three birdies and just two bogeys to also come in at 148.

The two went to a sudden death playoff, with Scavo prevailing on the second hole for the win.

For Scavo, it was her third win of the season. She previously won the Fall Series II and Fall Series IV Championships.

While Scavo and Corriveau were dueling, there was also a tussle for third place. There, Woodland’s Courtney Vogel (78-73), San Jose’s Quynn Duong (76-75) and Fremont’s Jasmine Hsu (76-75) all finished regulation tied at 151. Vogel would claim third place in a card-off after playing her last six holes at even-par. 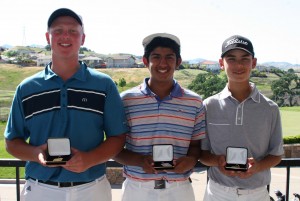 Mangels opened with a 70 at Shadow Lakes that included a hole-out eagle on the par-4 8th and followed that up with a 73 at Deer Ridge. Gagneja went 72-73 and third place finisher Jack Gardner of San Ramon went 76-71 for a 147.

Romero had rounds of 76-75, while Ha posted a 79 and 74. Both Alice Liu of Pleasanton and Catherine Batang of South San Francisco finished in a tie for third at 154, Batang was awarded third place in a card-off after shooting even-par on her back-nine. 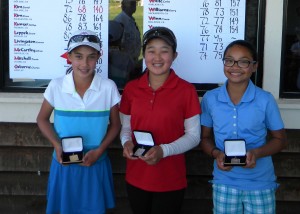