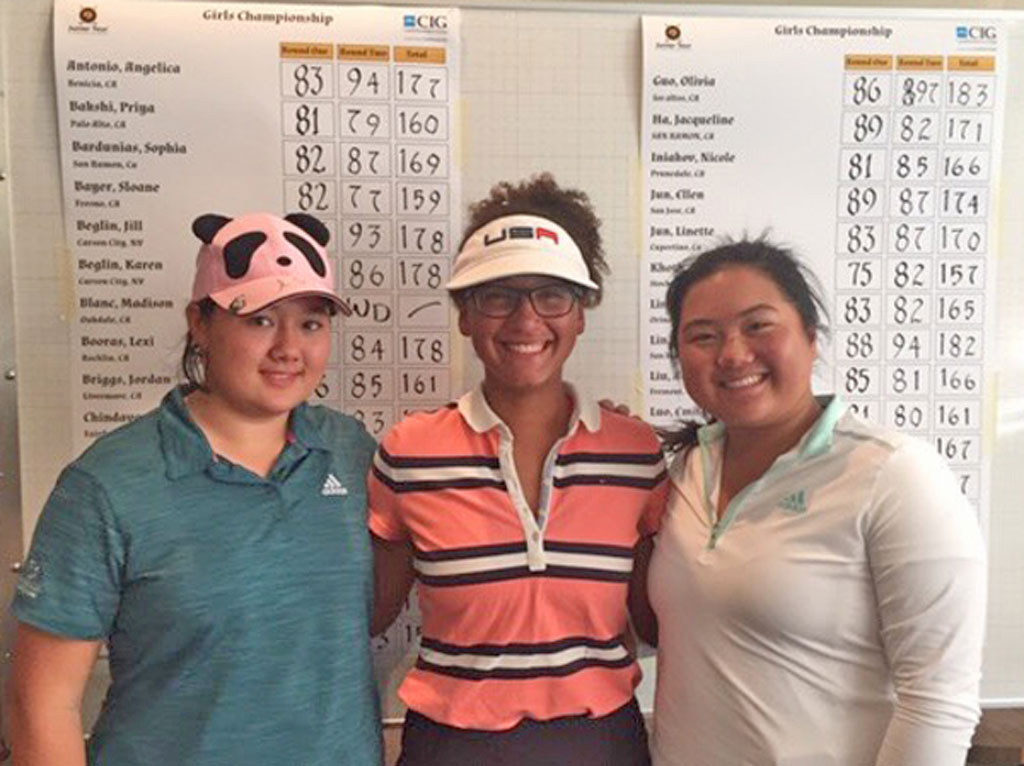 PLEASE CLICK ON THE FOLLOWING LINK FOR ALL TOURNAMENT INFORMATION!

Oakdale resident Ryan Meyer shot 2-under 140 and Saratoga resident Sophie Zhang-Murphy shot 1-under 141 to win their respective divisions at the Spring Series I Championship held Saturday and Sunday at par-71 Stockton Golf and Country Club and Elkhorn Golf Course. 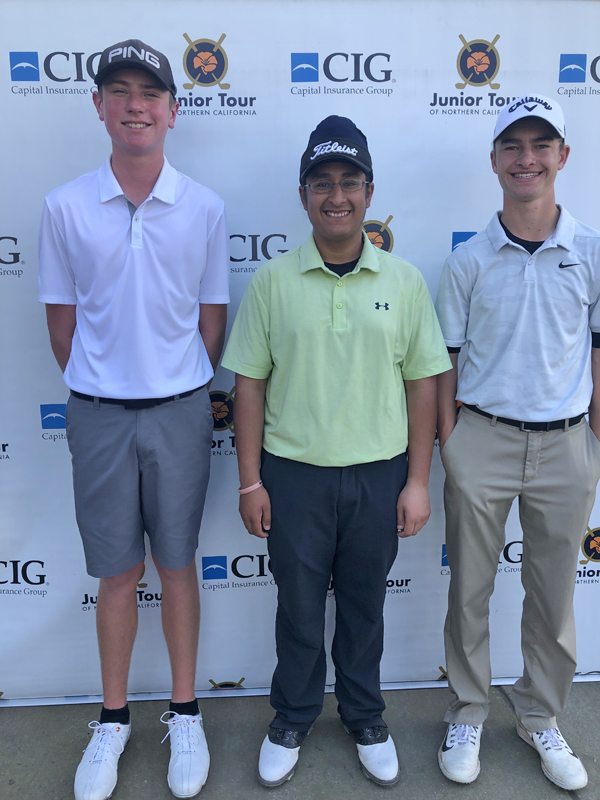 Paramdeep Sodhi of Folsom was second at 142 after a stellar second round 69. Sam Sommerhauser of Rocklin was third at 143.

Fourth place went to Reese Sato at 146 after a second round 69. Jake Bettencourt and Baron Szeto finished T-5 at 147. 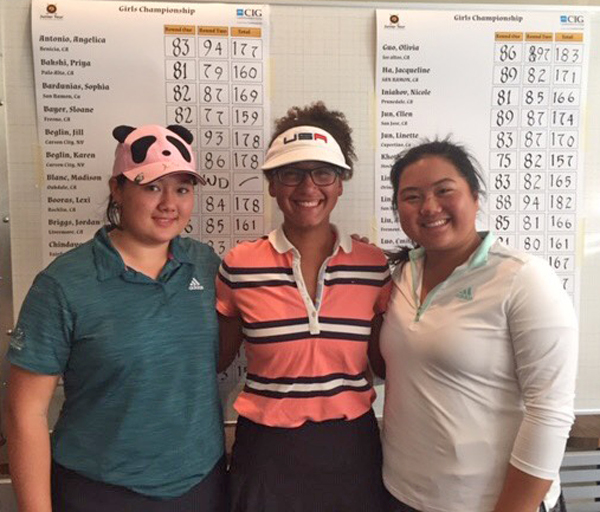 In the Girls’ Championship, Zhang-Murphy ran away from the field for a 15 shot victory. In Saturday’s opener, Zhang-Murphy shot a 72 that featured 16 pars, a birdie and a double-bogey. A day later, she’d post three birdies to go against just one bogey.

Sunnyvale resident Naomi Danner and Palo Alto resident Katherine Sung both finished tied for second at 156 after final rounds of 80 and 78, respectively. Danner earned second place after a card-off. 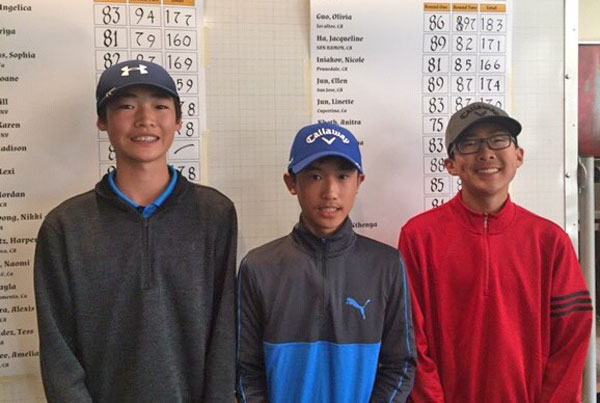 In the Boys’ First Flight Championship, Jamison Tan shot a final round 77 to come in at 156 and defeated Alexander Suen on the first playoff hole for the win. Suen had rounds of 81-75. 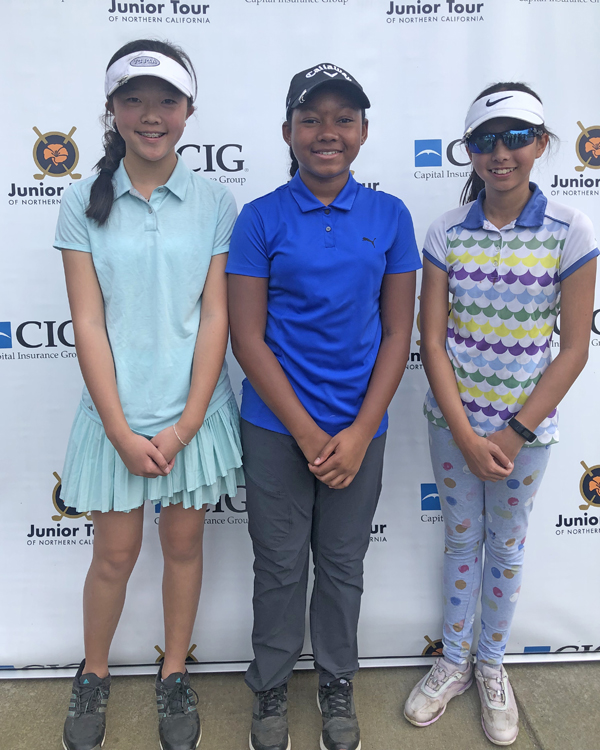 In the Girls’ First Flight Championship, Camille Thai shot a first round to come in at 159, holding on for a one-shot win over Aleythia Hinds. Hinds finished at 160 after a final round 81.

Third place went to Olivia Duan at 162, with Michelle Woo placing fourth at 163. Taylor Baik was fifth at 165.

Next up on the JTNC calendar is the Spring Series II Championship, to be held March 30-31 at Paso Robles Golf Course.