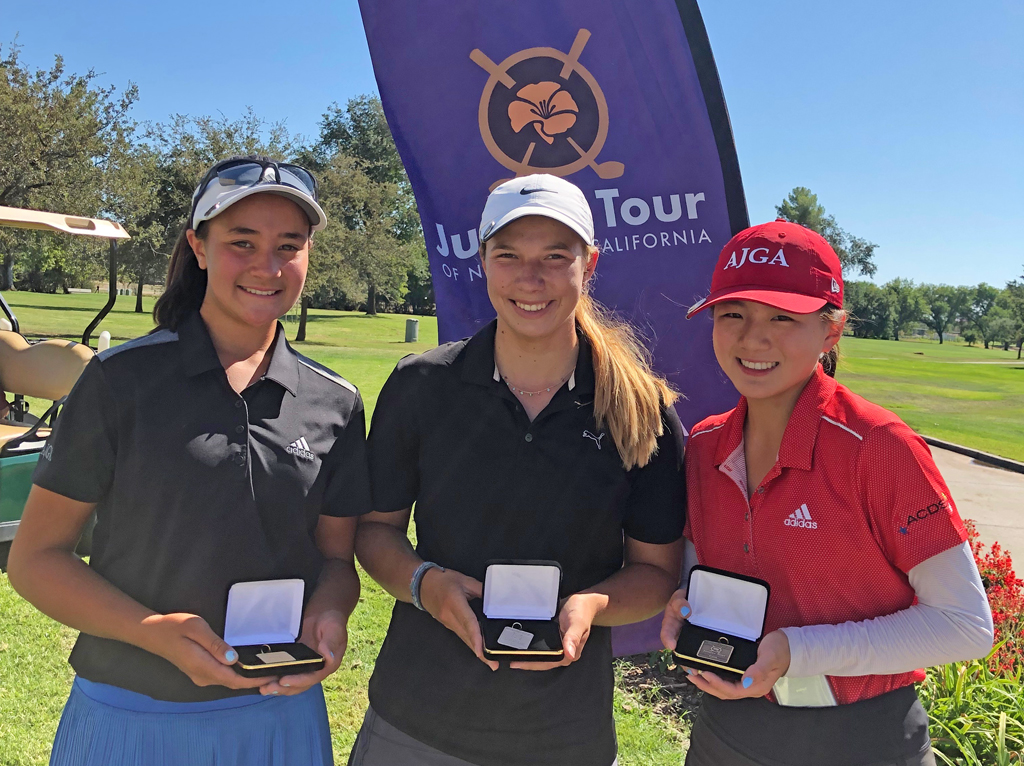 Please note: Pairings will be live on Aug. 30th. 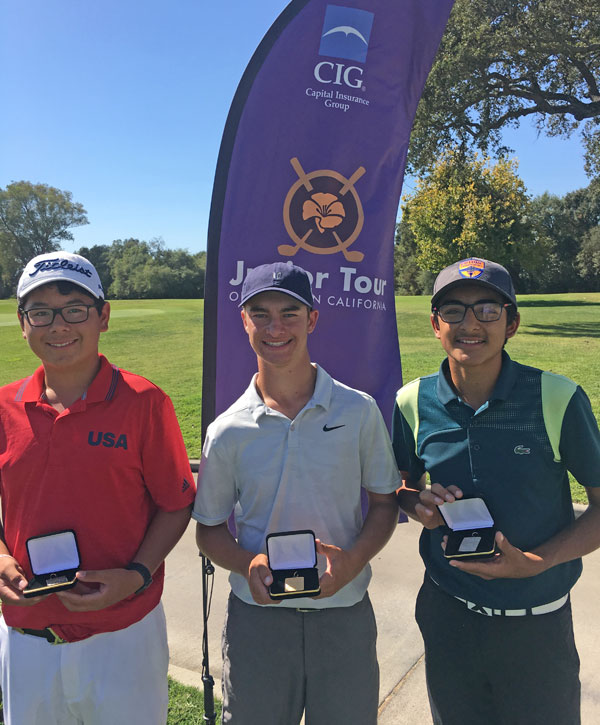 Sommerhauser notched his first win of the 2019-2020 season after making a clutch birdie on the first hole of a sudden-death playoff to defeat runner-up Kush Arora. Both Sommerhauser and Arora had shot identical rounds of 70 each day.

During regulation, both players were clutch, making birdie on the closing 18th to get into the playoff.

Leonardo Veira and Ryan Meyer also tied, for third place, with identical finishing scores of 141. Veira, who was awarded third place in a card-off, made the biggest move, carding a final round 67 that featured seven birdies. Paramdeep Sodhi was fifth at 142. 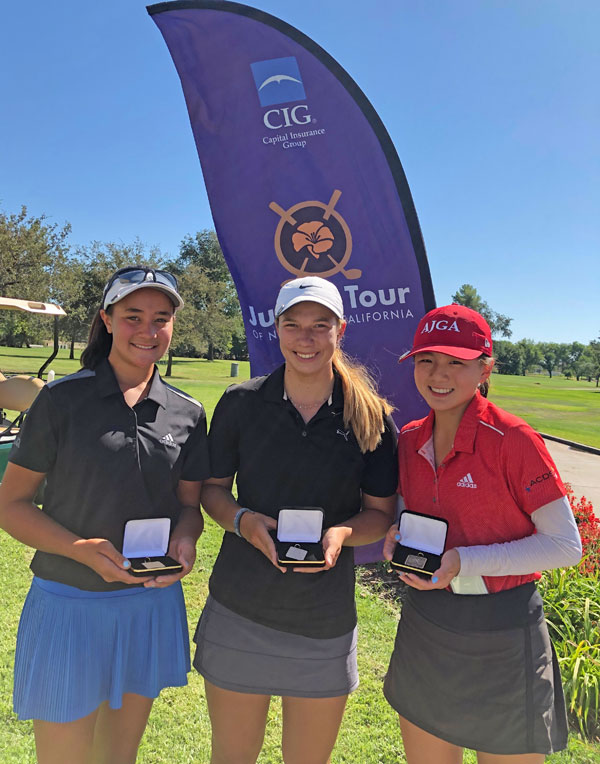 In the Girls’ Championship, Romero made par on the third hole of a sudden-death playoff to defeat runner-up Nicole Kamsinski.

Romero, who also notched her first win of the new season, had a Sunday 70 with three birdies. Kaminski had a clutch par on the closing 18th for a 69.

Yewon Jang was third at 147 after a final round 72. Ellie Bushnell and Sophie Thai finished T-4 at 148 after final rounds of 68 and 69, respectively. 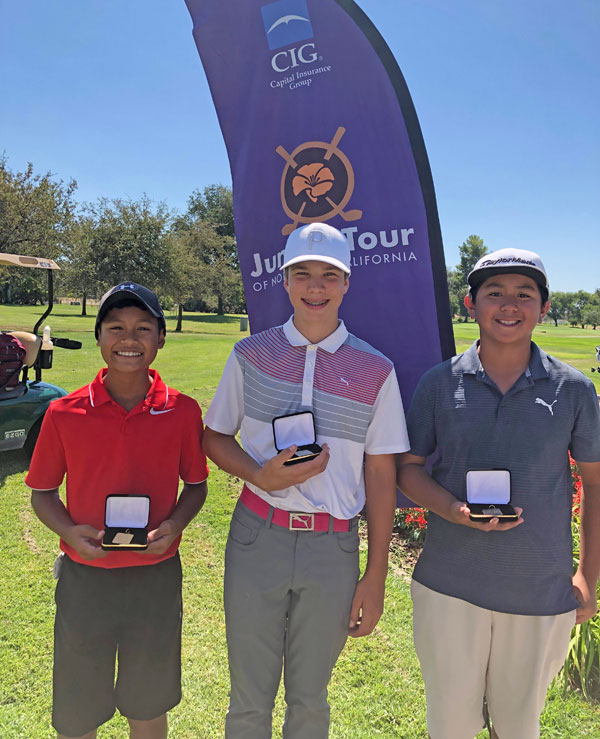 Ansen Tran and Ishdeep Sodhi finished T-3 at 152 after final rounds of 70 and 74, respectively. Tran was awarded third place in a card-off. Alexander Kao was fifth at 153. 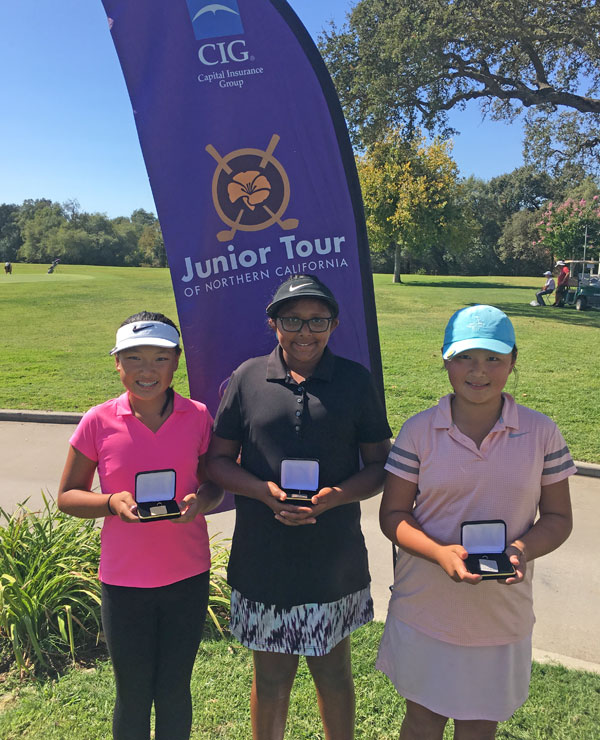 In the Girls’ First Flight Championship, Lily Peng shot a final round 77 to come in at 154 and defeat runner-up Cathy Zhang by three strokes. Zhang had a final round 77.

The shot of the weekend went to Andre Chung on the par-3 16th hole on MacKenzie Course. 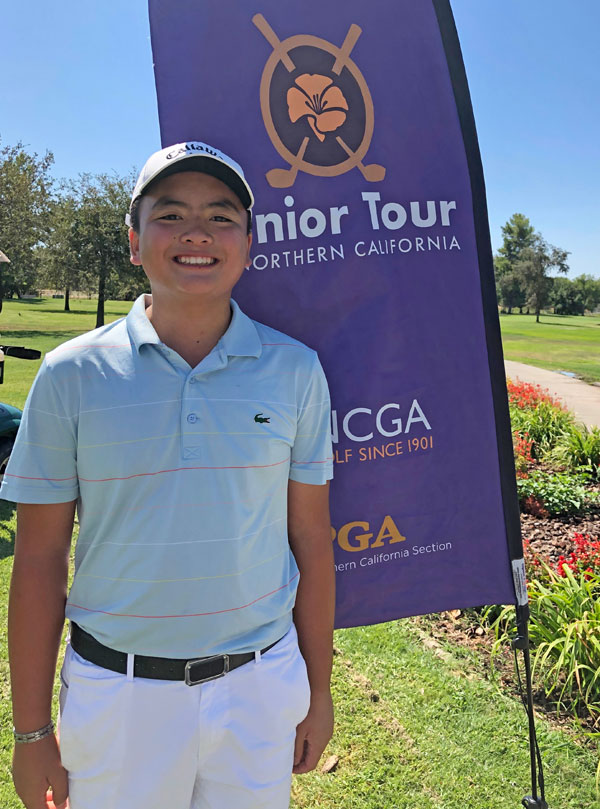 The next event on the JTNC calendar is the Fall Series V Championship, to be held Sept.21-22 at Pajaro Valley Golf Course in Pajaro.