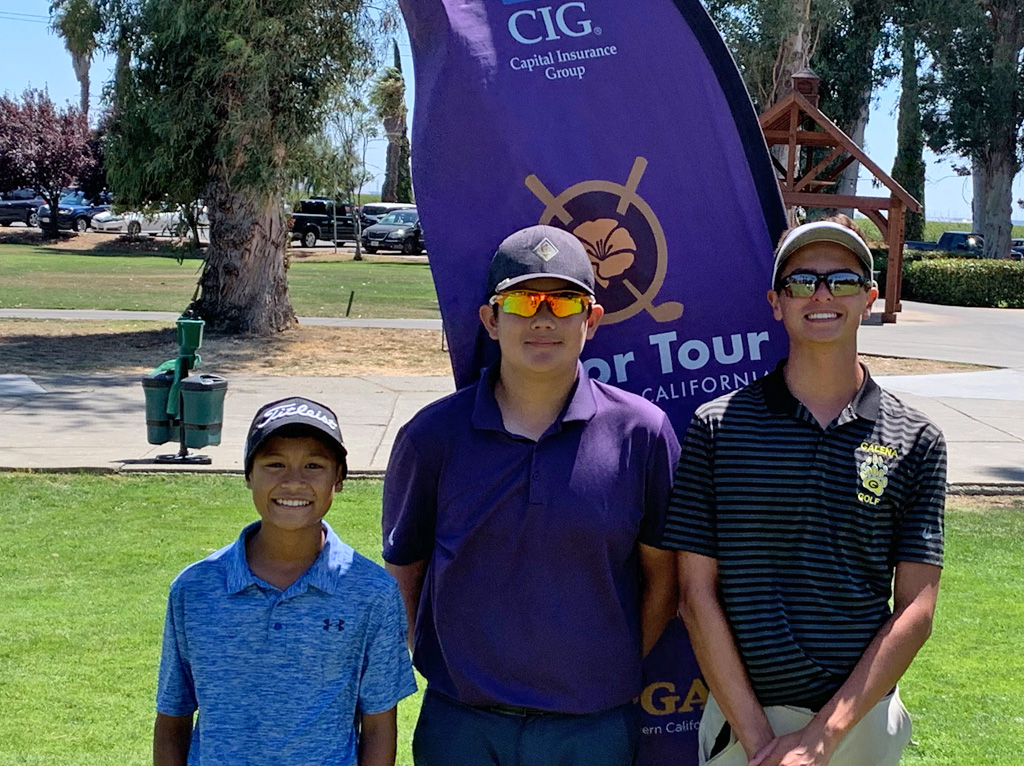 For tournament information and pairings please follow the link below.

Ethan Flynn shot 3-over 147 and Viveka Kurup shot 12-over 156 to win their respective divisions at the Fall Series I Championship held Saturday and Sunday at par-72 Crystal Lakes Golf Course. 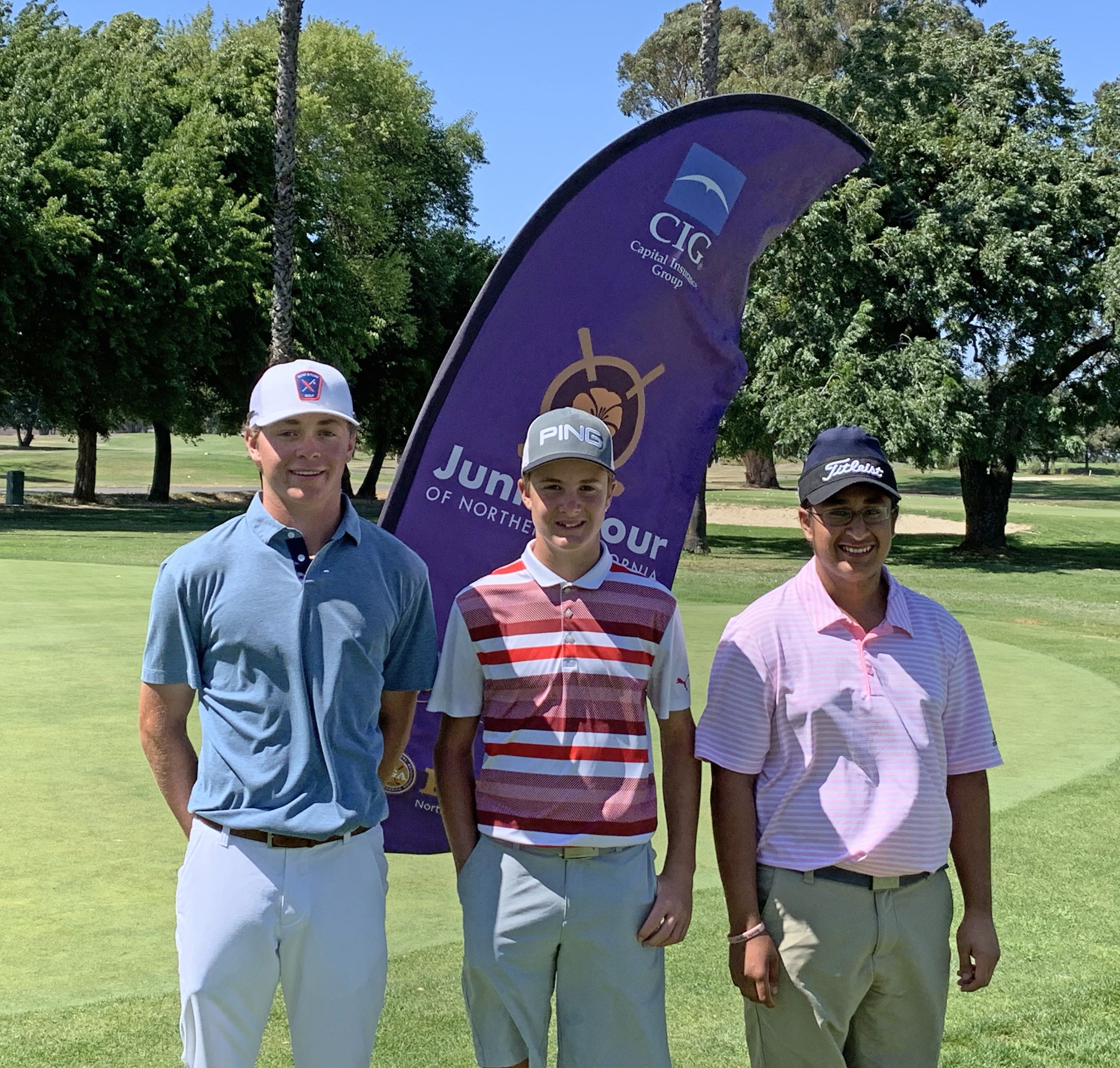 Flynn claimed the first win of the season thanks in part to a solid opening round even-par 72 that featured three birdies and three bogeys.

On Sunday, Flynn struggled through an opening-nine 41, but he’d bounce back with a 2-under 34 for a round of 75 and a one shot win over co-runners-up Zachery Pollo and Paramdeep Sodhi.

Pollo got within a shot of Flynn with a birdie on the 16th but had to settle for pars on the 17th and 18th. Sodhi had a chance to win but shot a back-nine 40. Pollo earned second place in a card-off.

Fourth place went to Kurtis Rodriguez at 151. Baron Szeto was fifth at 152. 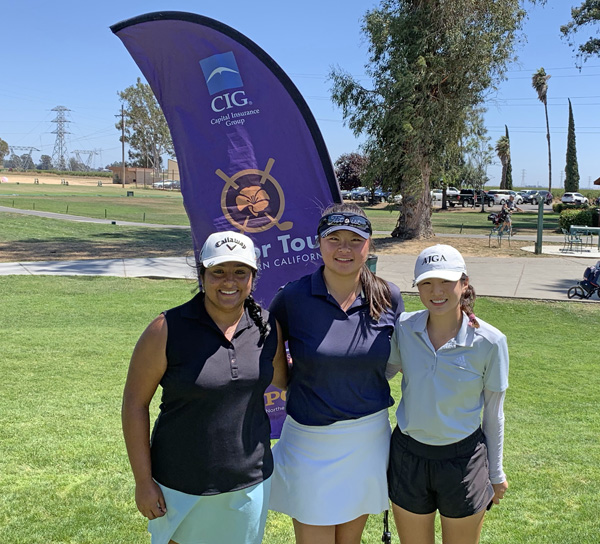 In the Girls’ Championship, Kurup notched the first win of the season thanks to a second round 76 that featured two key birdies. They’d help her defeat runner-up Kaylyn Noh by a stroke.

In the first round, Kurup shot 80 while Noh had an 83. Noh made a charge with a second round 74 and had a chance to tie Kurup but had to settle for a par on the 18th. 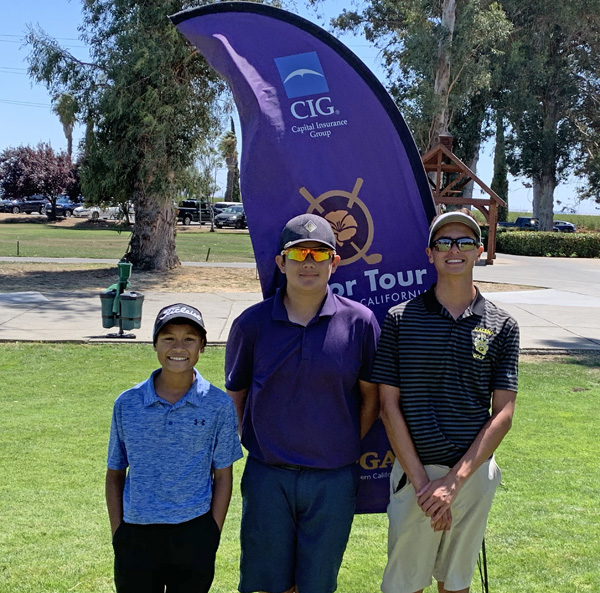 In the Boys’ First Flight Championship, Jayden Lizama shot a final round 78 to come in at 156 and defeat co-runners-up Freddy Hoch, Giuliano Kaminski and Ethan Schloss by two shots. 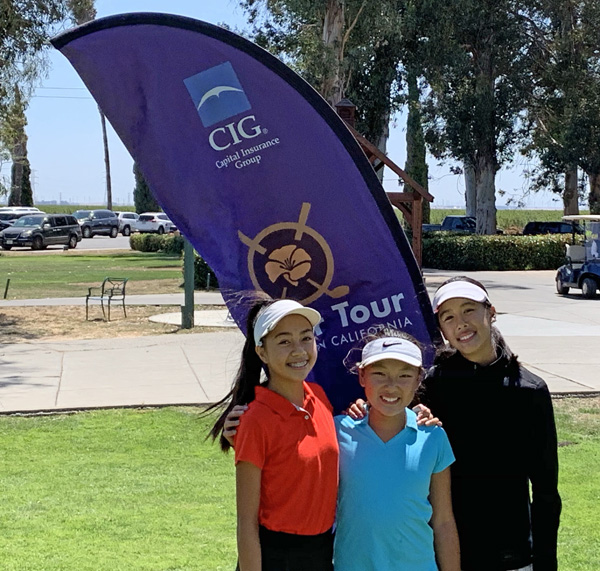 In the Girls’ First Flight Championship, Erica Villegas shot a final round 80 to come in at 158 and defeat runner-up Lily Peng by a stroke. Peng had a final round 79.

Third place went to Sophia Lee at 162. Amelia Garibaldi was fourth at 163 and Kaydee Tu was fifth at 165.

The next event on the JTNC calendar is the Fall Series II Championship, to be held Aug. 24-25 at Windsor Golf Club in Windsor.