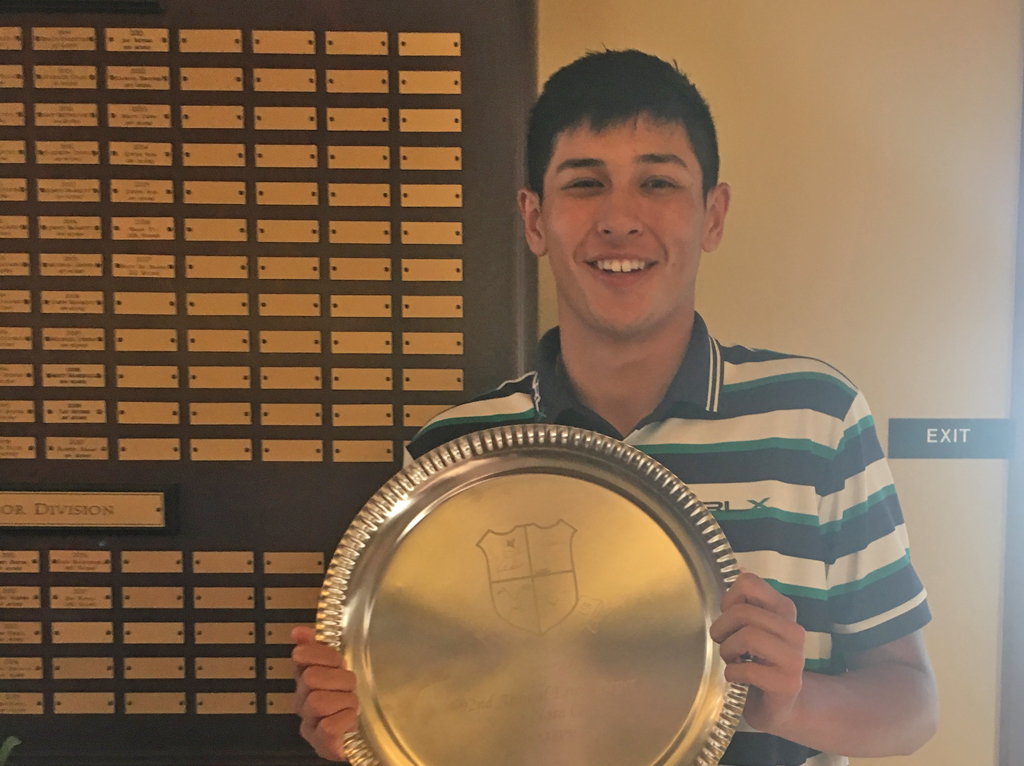 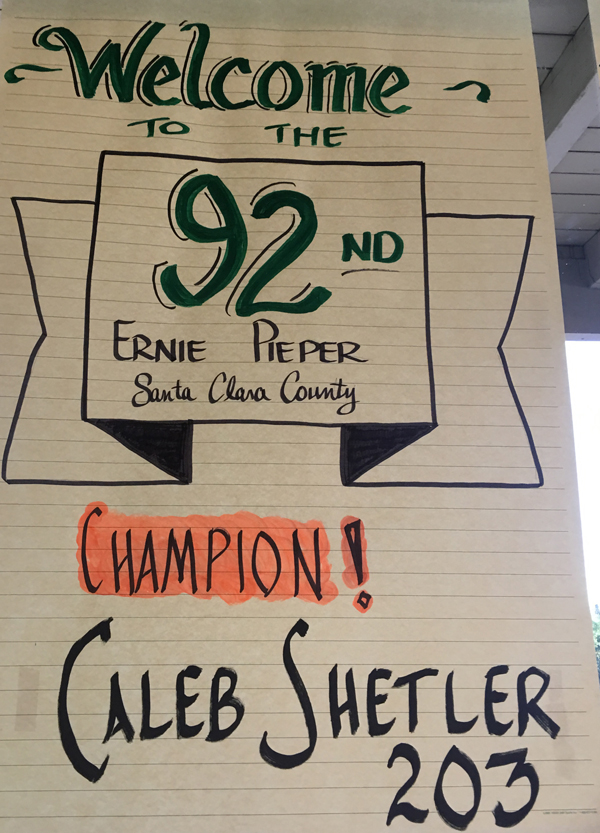 Caleb Shetler won the Santa Clara County over the weekend, shooting scores of  70-67-66 for a total of 203.

His 203 score tied Justin Suh for the third-lowest winning score in the 92-year history of the tournament. He outlasted a late charge by Steve Woods, who narrowed the lead to one shot going into the final hole after being back four shots midway through the round.  Woods ended up two strokes back at 205.