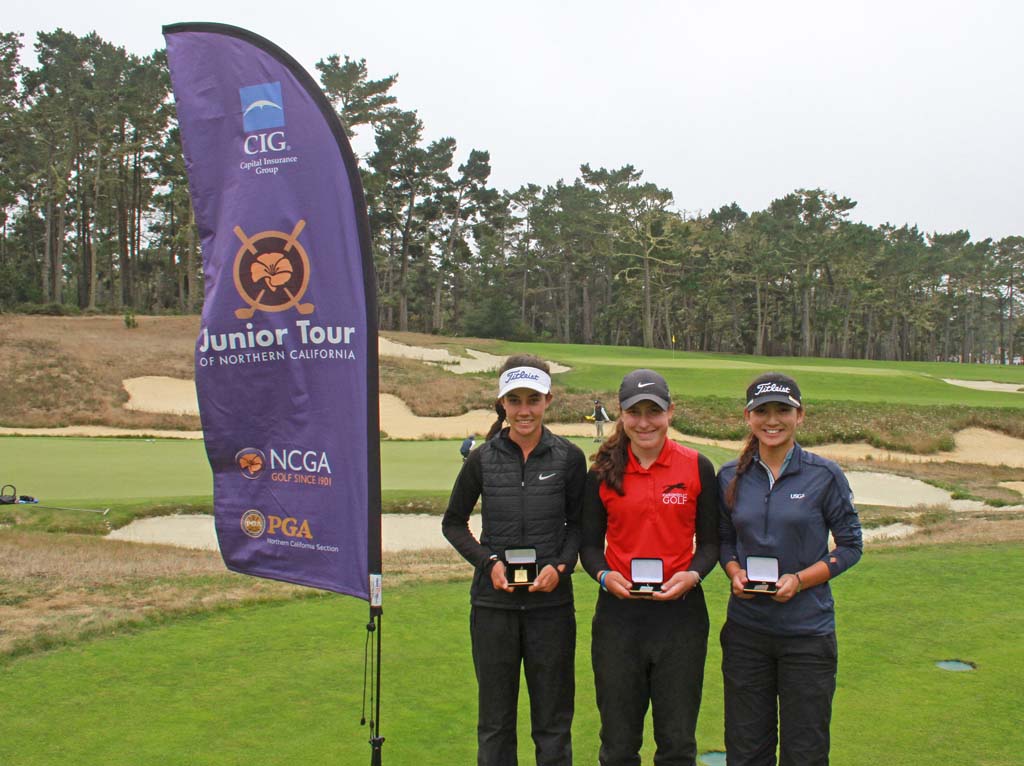 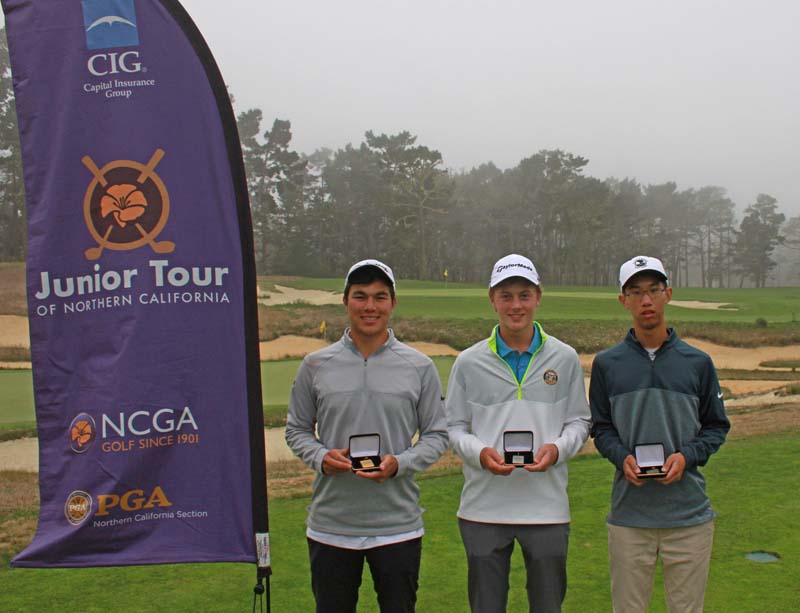 Alliston, a senior at nearby Stevenson School, went wire-to-wire. He’d follow up an opening round 71 with a 74 and later beat McNealy with a par on the first playoff hole (par-4 10th). McNealy, playing out of Sharon Heights G&CC, made a second round charge with a solid 69.

“My ball striking was really good the first 27 holes. Then on the last nine I started feeling the pressure,” Alliston said. “After a few bad swings, I just stepped back a bit. I knew I had the shots in my bag to win it. I just had to execute.”

Former Cupertino resident Ethan Chung shot a final round 74 to come in at 149 for a 9th place finish. By virtue of his finish, Chung claimed 2017-2018 JTNC Boys’ Player of the Year honors. He’d beat out Ryan Grauman by a mere two points to win. 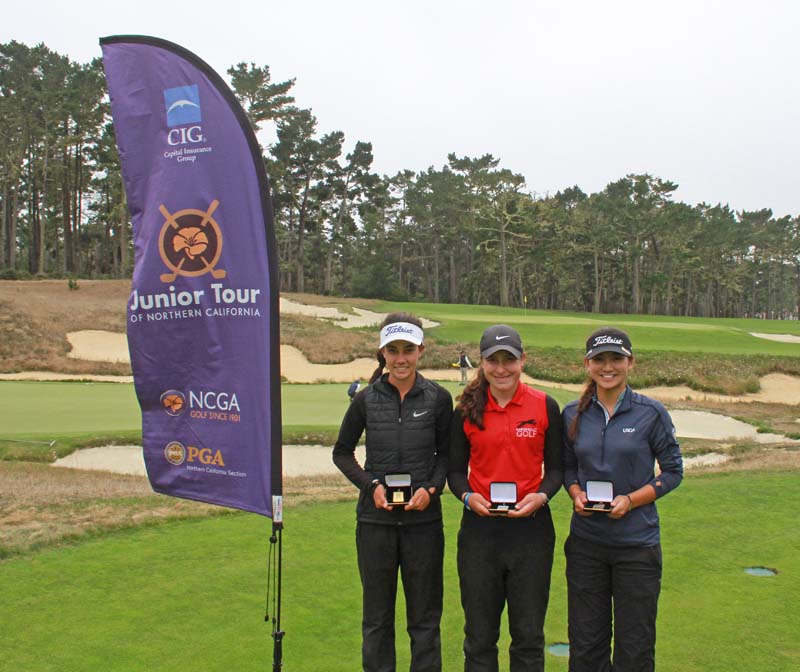 Romero, 16, followed up an opening round 70 with a 76. In shooting the 70, she’d hit 15 greens in regulation. Overall, Romero carded six birdies over the two rounds.

“My putting was good,” Romero said. “I also hit my irons well. I was putting my approaches most of the time to within 15 feet of the flagstick.”

Finishing as runner-up at 150 after a 77 was Pleasant Hill resident Madelyn Gamble. Gamble made it to match play at the recent U.S. Girls’ Junior Championship at Poppy Hills.

Third place went to Kristine Tran of YOC Santa Teresa at 151. Tran would win a card-off over fourth place finisher Danielle Suh of Castlewood CC, who also came in at 151. Andrea Gomez of YOC South Bay claimed fifth place at 152. 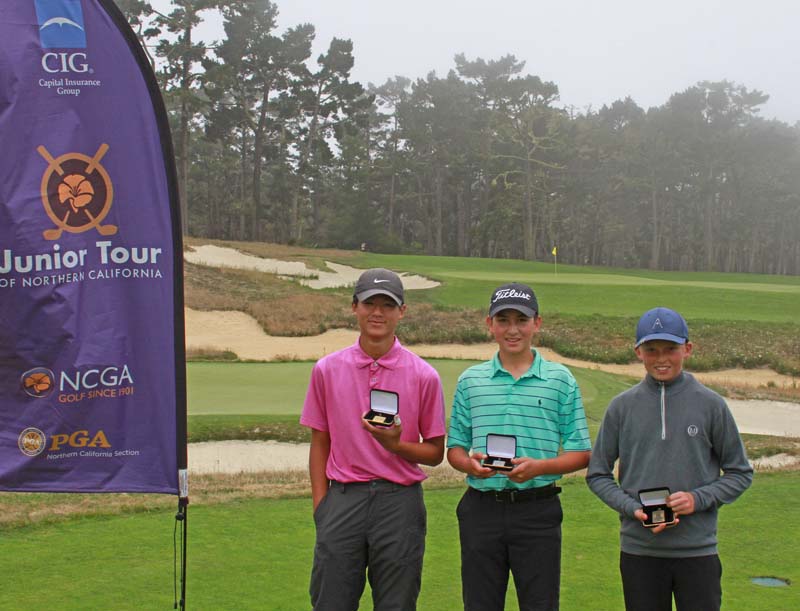 Fourth place went to Luke Montoya of Preserve GC at 159 after an 81. Andrew Doll of Olympic Club was fifth at 161 following an 82. 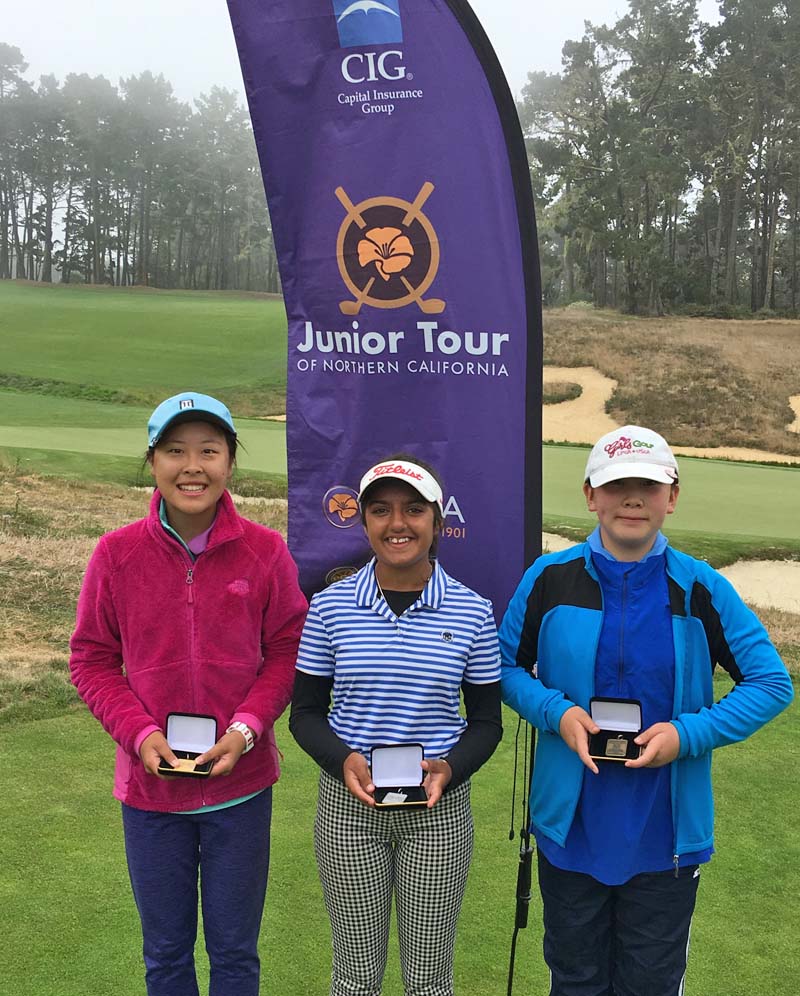 Charles Alliston of Poppy Hills Club and Kaleiya Romero took the first round lead in the Boys’ and Girls’ Championship, respectively, as the annual JTNC Tour Championship got underway Monday at par-71 Poppy Hills.

Alliston carded two birdies and an eagle on the par-5 13th, but he’d also have two bogeys and a double-bogey for a 71. He’ll enter Tuesday’s final round holding a one shot lead over Jason Chen of Youth on Course South Bay. Chen carded three birdies and four bogeys.

Ethan Chung of YOC Santa Teresa is T-7 at 75. Chung just needs to finish in the Top-10 to earn Boys’ Player of the Year honors. He came into the championship with a total of 1,915 points, just 78 points behind leader Ryan Grauman. Grauman is not competing in the championship.

Both Madelyn Gamble, who played in the recent U.S. Girls’ Junior at Poppy Hills, and Danielle Suh are tied for fourth at 73.

In the Boys’ First Flight Championship, Niall Shiels Donegan of Richmond CC took the lead with a 74. In second place at 77 is Jonathan Le of YOC Santa Teresa.

Over in the Girls’ First Flight Championship, Belinda Sutikto of YOC East Palo Alto leads at 77. Hannah Sangha of YOC Mariner’s Point is just a stroke back after a 78.