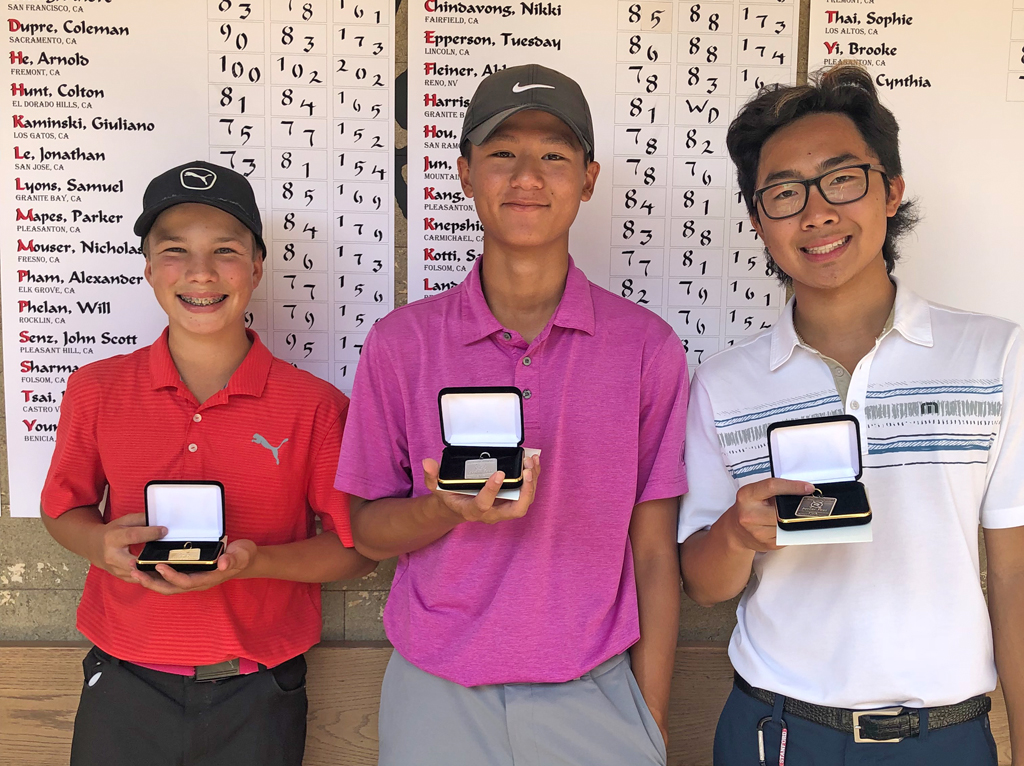 Use the following link for a discounted room rate at the resort on Rancho Murieta’s property.  Murieta Inn and Spa 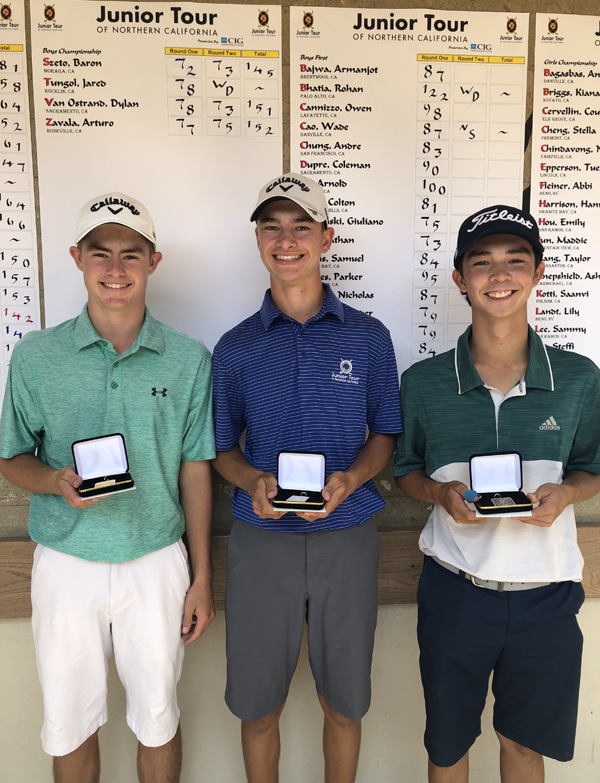 McDermott notched his first win of the 2018-2019 season thanks to a solid 1-under 35 Sunday back-nine. Trying to hold off both Sam Sommerhauser and Zachary McKay, McDermott had a birdie on the 14th and eight pars.

McDermott was also steady on Saturday, posting a 69 with six birdies. Sommerhauser, of Rocklin, had back-to-back rounds of 72. McKay shot 70-74.

Sommerhauser earned third place following a card-off (lower back-nine score).  Baron Szeto of Moraga was fourth at 145 after a 73, while Mitchell Hoey was fifth at 147 following a 69. 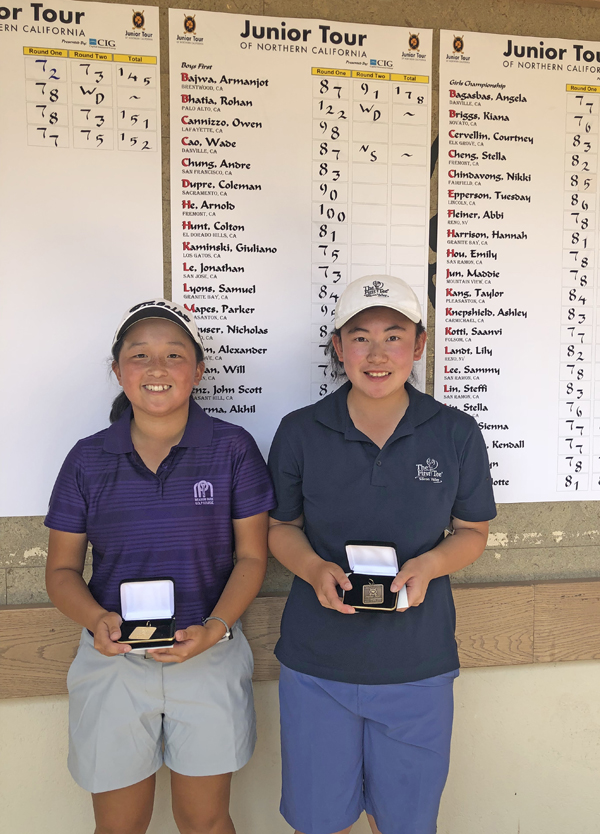 In the Girls’ Championship, Suh got her second straight win of the 2018-2019 season via solid back-to-back rounds of 72-73. Suh, who’d defeat the field by nine shots, posted five birdies and 26 pars over her two rounds.

Maddie Jun of Mountain View, Sammy Lee of San Ramon and Borina Sutikto of Fremont finished tied for second at 154 after all three finished with rounds of 76. Jun won second place in a card-off, with Sutikto earning third in a card-off.

Cynthia Zhang of Milpitas and Kiana Briggs of Novato finished T-5 at 155 after rounds of 77 and 79, respectively. 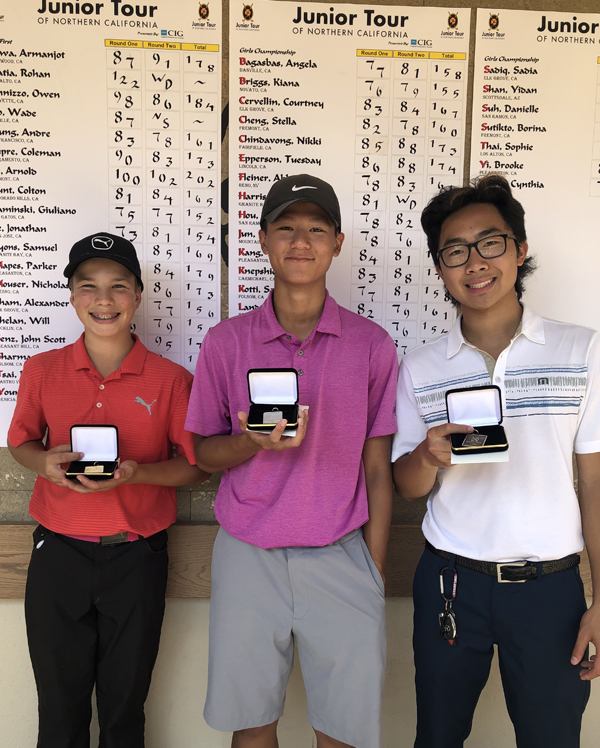 In the Boys’ First Flight Championship, Giuliano Kaminski of Los Gatos shot a final round 77 to come in at 152, defeating runner-up Jonathan Le of San Jose by two shots.

Alexander Pham of San Jose was third at 156, while Will Phelan of Rocklin took fourth at 158. Leland Tsai of Castro Valley was fifth at 153. 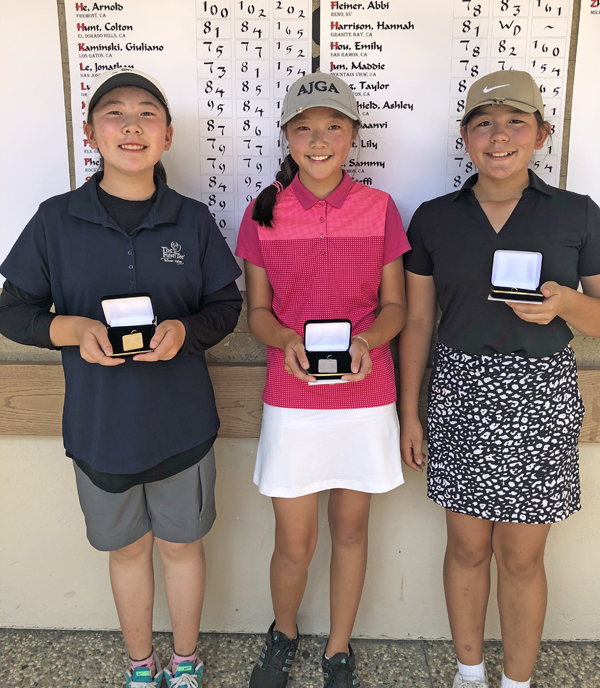 In the Girls’ First Flight Championship, Belinda Sutikto of Fremont shot a final round 79 to come in at 163, defeating runner-up Camille Thai of Los Altos by four.

Sophia Bardunias of San Ramon was third at 171, while Joyce Zhang of Milpitas was fourth at 174. Erika Gosh of Fremont took fifth at 179.

Next up on the JTNC calendar is the Fall Series III Championship, to be held Sept. 1-2 at San Juan Oaks Golf Club in Hollister.