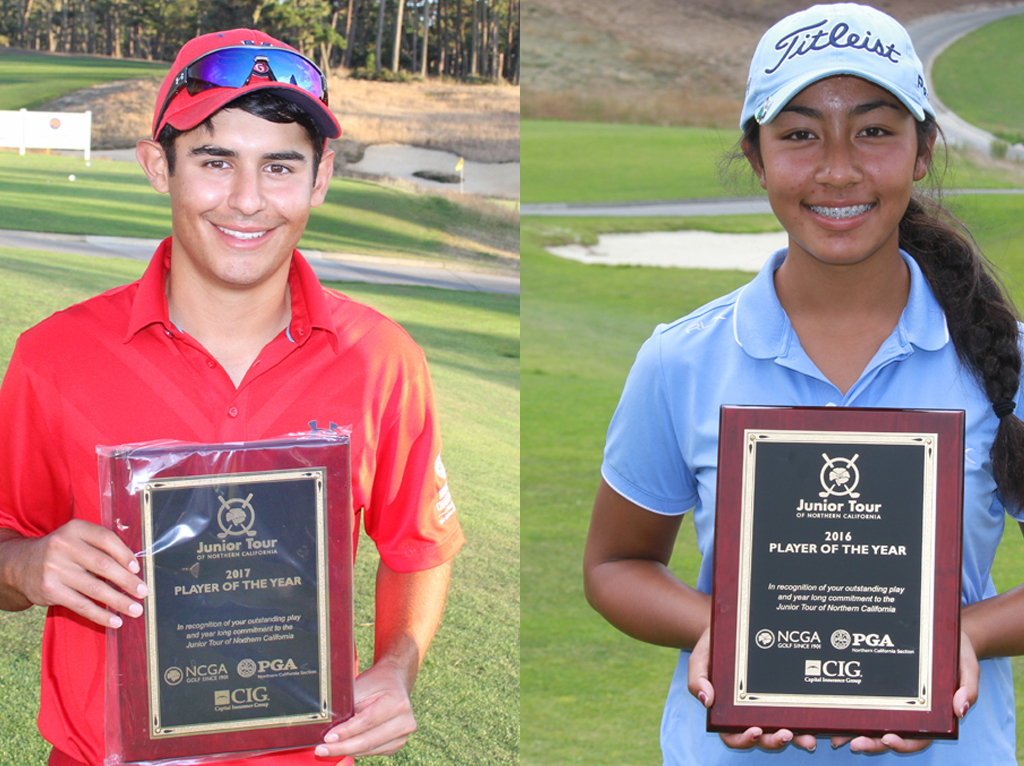 Boys’ Player of the Year Headed to St. Mary’s College this fall, Hakim wrapped up 2016-2017 Boys’ Player of the Year honors when he finished T-3 at the season-ending Tour Championship.  The 18-year-old former Monte Vista High standout finished the season with 1,984 points, edging runner-up Ryan Grauman of Alamo (1,823).  Defending Boys’ Player of the Year Thomas Hutchison (1,721) was also in the running despite missing some playing time due to an injury.

“With this being my last eligible year, there was definitely extra motivation,” Hakim said. “Winning Player of the Year has been a goal of mine ever since playing in the First Flight events at the age of 11. I take great pride in presenting Northern California golf as best I can.”

“I owe so much to the JTNC and the opportunities it has provided me,” Hakim said. “I’ve gained so much experience playing against some of the best competition in the country. We’re lucky to be able to play such well-run events at such nice courses.”

Girls’ Player of the Year Having already verbally committed to Texas Christian University, Iqbal finished the season with 4,158 points. The next closest player was Concord’s Yealimi Noh (3,392). Third place went to Mika Jin of Fremont at 1,864.