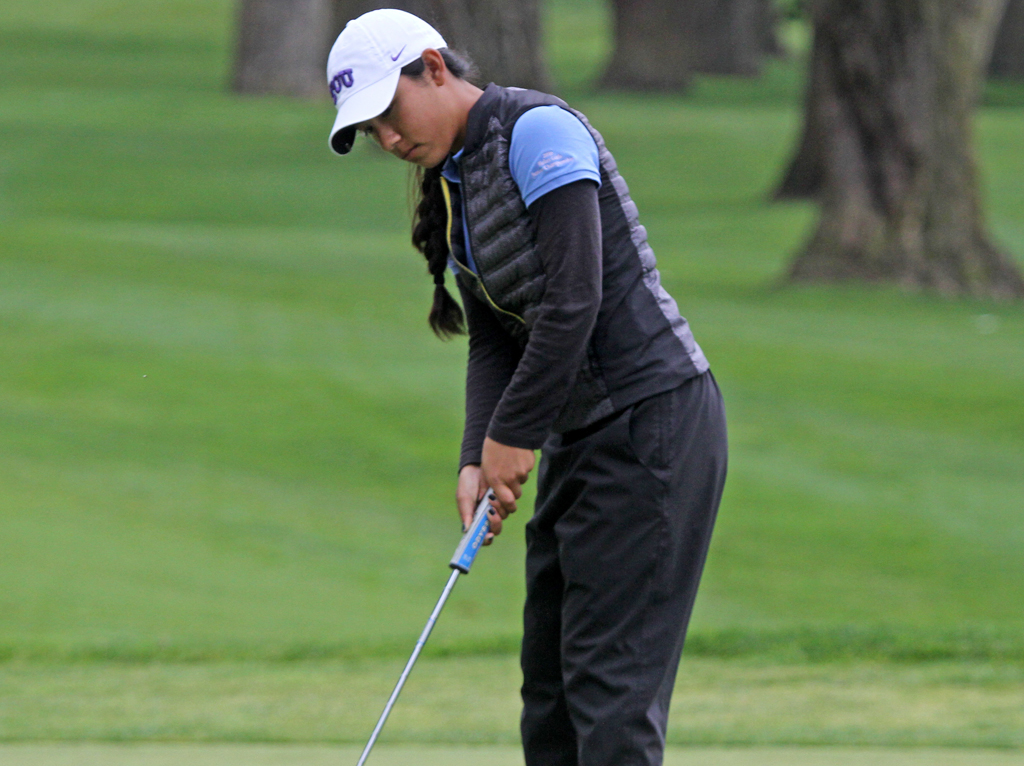 Ma, a 16-year-old sophomore at Archbishop Mitty, became the third youngest champion in the event’s 101-year history, defeating Seb Crookall-Nixon, 1-up, in the 36-hole final.

On the 36th hole, Ma deftly got up-and-down for par from off the green. Crookall-Nixon, who was on the green in regulation, left his first putt short and couldn’t convert for par.

“I’m very relieved,” said Ma, who used a pack of hand warmers to beat off the cold. “This is the biggest win for me so far.”

Ma, who follows Carlos Briones (2009) and Ray Leach (1968) on the youngest champions’ list, appeared to be in good shape after taking a 2-up lead with a par on the 26th hole. A Crookall-Nixon birdie on the 27th and par on the 29th holes, however, knotted things back up.

“The last nine holes my putting wasn’t on point. I thought he was going to take the advantage, but I didn’t let my emotions take over,” said the No.32 seeded Ma. “I just stuck with it.”

Crookall-Nixon, a 23-year-old recent graduate of University of San Francisco and former junior standout in England, could only lament lost chances while tipping his cap to Ma.

“I gave it my all. That’s all you can do,” said the No.6 seeded Crookall-Nixon, who was a four-year First Team All-Conference pick while with the Dons. “Brian played fantastic golf. He’s going to go a long way.”

Despite his youth, Ma, who joins the likes of George Archer and Ken Venturi as winners of the event, wasn’t just tired from the day. In getting to the title, he’d play six rounds in four days.

“It gets exhausting playing so many rounds in so short of time,” Ma said with a smile. “It’s definitely worth it. Knowing my name is now with all those great players, it gives me hope that I can move on to greater things.”

Iqbal, still just a 15-year-old junior at Pioneer High in San Jose, became the first female back-to-back champion since Casie Cathrea, rolling to a 10 and 9 win over Kiran Sangha.

How dominant was the No.1 seeded Iqbal’s run through the brackets? She’d only end up playing the 17th and 18th holes during the qualifying round.

“I was looking forward to this. I wanted to go back-to-back,” said Iqbal, who blitzed Sangha by going 5-under—including a stretch of four straight birdies–from holes No.9 through No.18 in the morning portion of the 36-hole finale.

The record three-time defending JTNC Girls’ Player of the Year, Iqbal didn’t want to just repeat. She also wanted some more match play experience. The only other match play events she competes in during the year are USGA championship and California Women’s Amateur Championship events.

Last year, she’d claim her first CWAC title in her debut in that event.

“I love match play but don’t play in it often,” Iqbal said. “Overall, my game is in a good place. But I still need to improve on everything. There’s always room for improvement.”