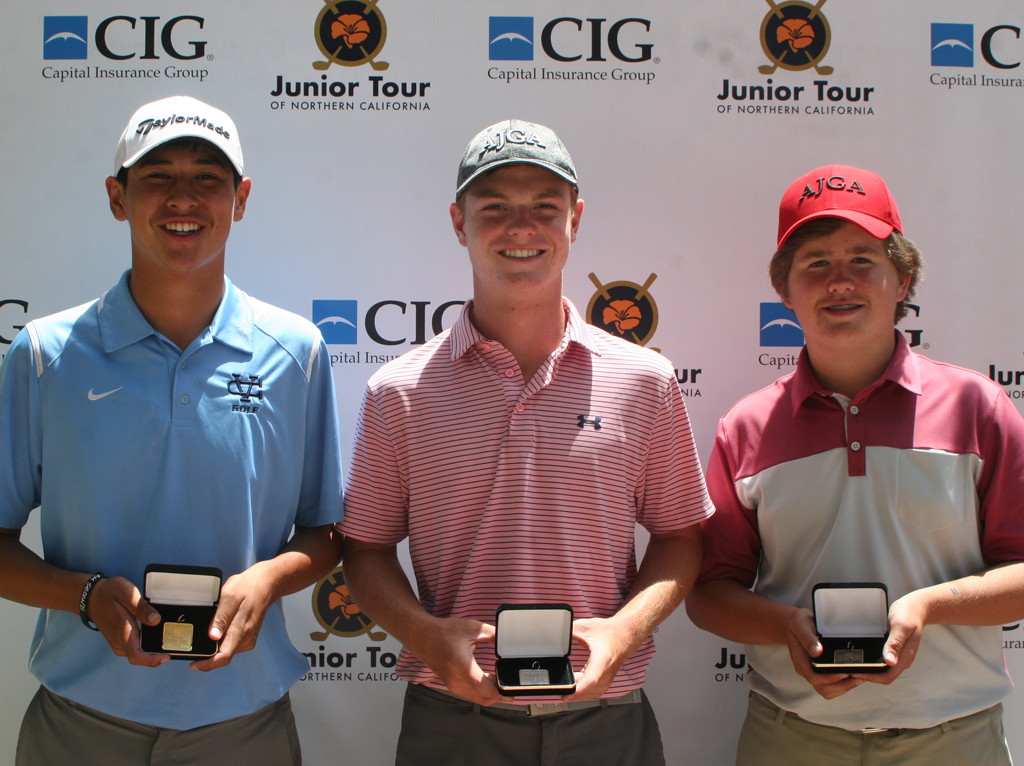 Shetler captured his first win of the 2016-2017 season thanks to a second round surge that led to a 2-under 70. Coming off an opening round 74, Shetler, who a week earlier was runner-up at the Summer Series IV Championship, came out hot, carding a front-nine 32 with four birdies.

On the back-nine, he’d open with a double-bogey but came back with two more birdies to defeat runner-up Riley Bell of Yuba City by three shots.

Carmichael’s Matthew Sutherland was the guy to chase after a first round 69, but he’d slip to third place at 148 following a final round 79.

Ryan Grauman of Alamo was fourth at 149 following a 71. Wallace Lin of Los Gatos and Justin Polk of San Jose tied for fifth at 152 after final rounds of 75 and 78, respectively. In the Girls’ Championship, Layton posted a final round 77 to defeat co-runners-up Maddie Jun of Mountain View and Kayla Diaz of West Sacramento by seven shots.

Layton posted a pair of birdies over her 36 holes. Diaz, who earned second place following a card-off, finished with an 85 to come in at 166. In the Boys’ First Flight Championship, Dilan Krishnamurthy of San Jose posted a final round 79 and defeated Camden Daly of San Leandro and Ammon Collins of Sunnyvale in a playoff to win the title. All three players had finished at 160. Collins won second place by making a par on the final playoff hole to defeat Daly. Next up on the JTNC calendar is the 2016-2017 season ending Tour Championship, slated for July 31-Aug.1 at Poppy Hills Golf Course in Pebble Beach.