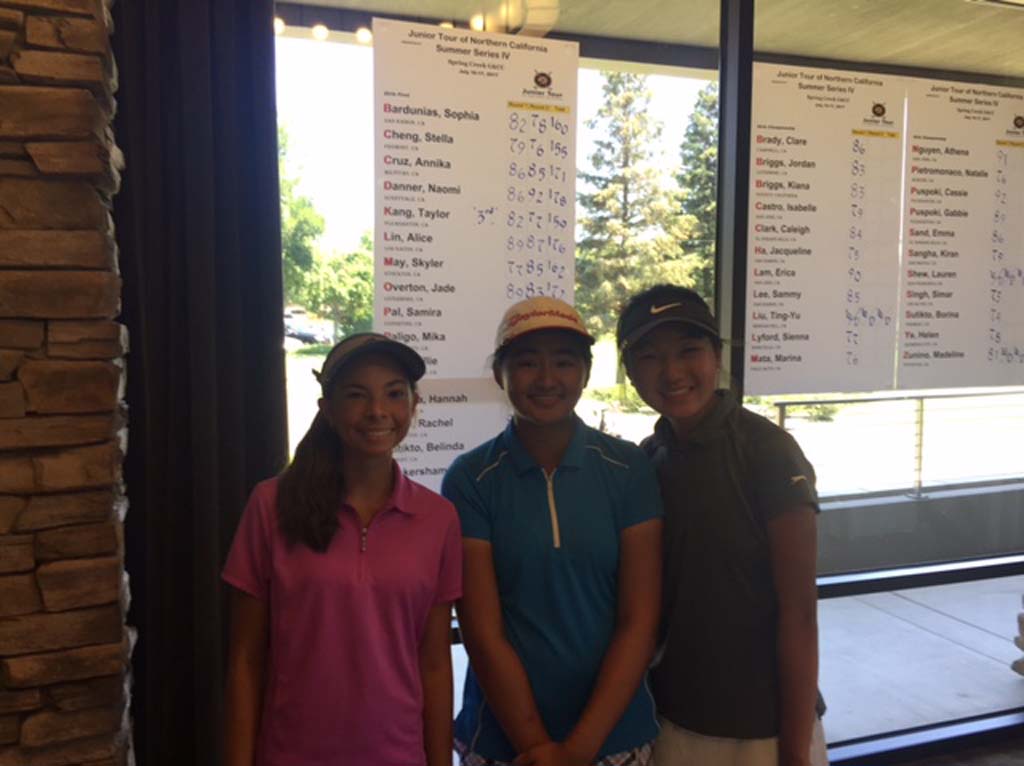 Gums notched his second win of the 2016-2017 season thanks to a second round charge that led to a 67. Coming off a shaky 74, Gums, who also won the Fall Series VII Championship, stumbled early with a double-bogey but the caught fire. He’d play his last 14 holes at 7-under thanks to an eagle on No.6.

Ryan Grauman of Alamo and Jonathan Dicks of Menlo Park finished tied for third at 146 after rounds of 72 and 81, respectively. Grauman was awarded third place in a card-off. Dicks was on fire on Saturday, posting a 65 with eight birdies. In the Girls’ Championship, Singh also made a Sunday run, posting a final round 71 to win by four over runner-up Borina Sutikto of Fremont. For Singh, it was also her second win of the season.

Roseville’s Sienna Lyford was fourth at 151, with Natalie Pietromonaco of Auburn placing fifth at 152. In the Boys’ First Flight Championship, Atwater resident Justin Pasley took the title by two strokes, shooting a final round 70 to come in at 149. Ryan Stewart of Castro Valley was second at 162 after a 79.

Jp Guimaraes of San Ramon was third at 153, while three players—Carson Kalbfleisch of Geyserville, Ammon Collins of Sunnyvale and Advaith Pathi of San Jose—all were T-4 at 157. In the Girls’ First Flight Championship, Fremont’s Stella Cheng shot a final round 76 and defeated Ellie Sand of El Dorado Hills in a playoff to win the title.

Next up on the JTNC calendar is the Summer Series V Championship, slated for July 25-26 at Tahoe Donner Golf Club in Truckee.