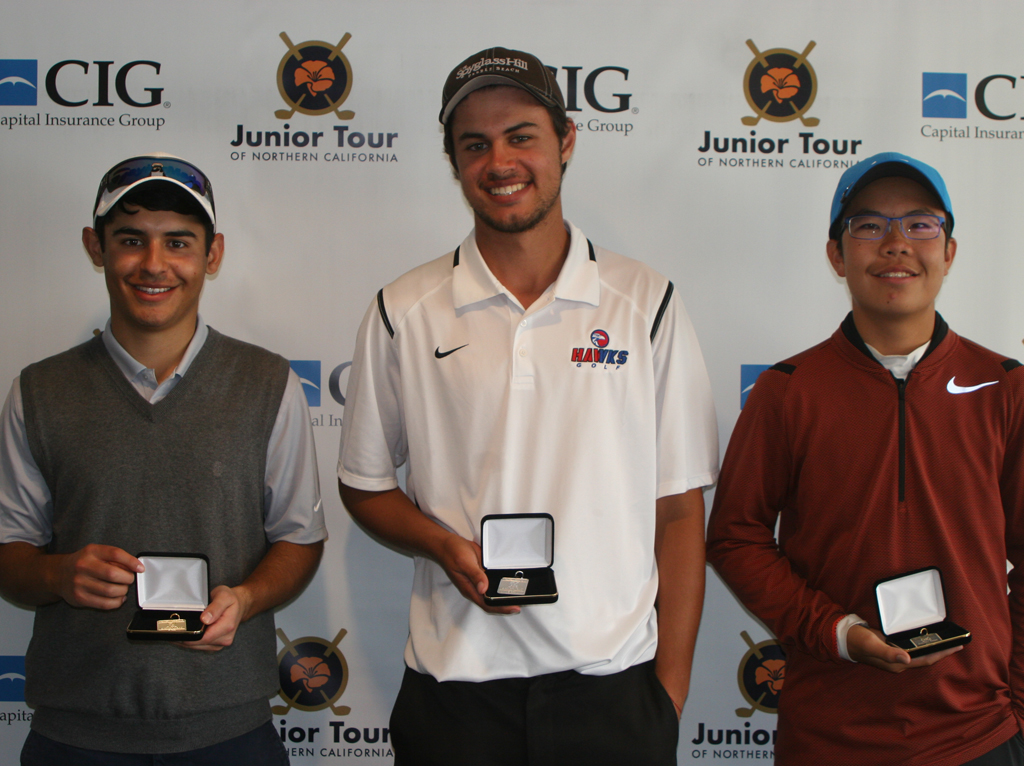 Also the winner of the Fall Series VIII Championship, Hakim  was superb on the back-nine, posting a 33 that included an eagle (par-5 13th) and two birdies with zero bogeys. On the front-nine, he had a 36 with two birdies and three bogeys. In Saturday’s opening round, he posted a 75.

Ethan Chung of Cupertino finished in third place at 149 after a final round74.

Orinda’s Brendon Choe was fourth at 154, while Rocklin’s Sam Sommerhauser placed fifth at 155. In the Girls’ Championship, Noh  picked up her fourth win of the season, also taking the title thanks to a hot second round.

Noh posted a final round 71 featuring three birdies and just two bogeys. The round helped Noh break away from defending Girls’ Player of the Year Sabrina Iqbal.

Also playing well, Maya Pugatch of San Jose had the rebound of the weekend. A day after shooting 80, Pugatch fired a 70 that featured six birdies to claim third place at 150. In the Boys’ First Flight Championship, Kyreece Romero of San Jose had back-to-back rounds of 77 to finish at 154, defeating runner-up Jacob Ponce of San Ramon by five shots.

Third place went to Alexander Guan of San Jose at 160, while Mountain View’s Luke Jun was fourth at 161. Cameron Keith of Alamo and Dublin’s Sameer Paila tied for fifth at 162. In the Girls’ First Flight Championship, Dublin’s Madison Wu shot a final round 74 to come in at 157, defeating runner-up Tiffany Kwok of Pleasanton by four shots.

Next up on the JTNC calendar is the Spring Series VII Championship, slated for May 27-28 at Rooster Run Golf Club in Petaluma.