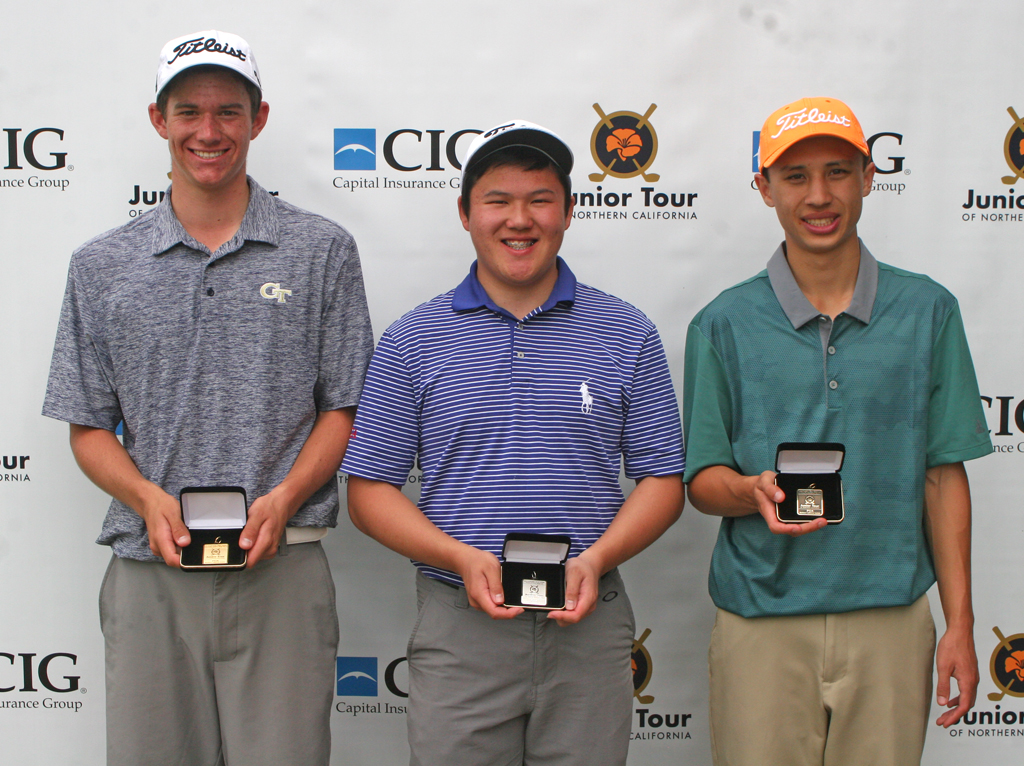 Norton notched his first victory of the 2016-2017 season thanks to a solid first round 2-under 69 at Elkhorn GC that featured five birdies to go against a bogey and double-bogey. He’d make his big move on the back-nine, going 4-under through his first six holes.

A day later at Stockton G&CC, Norton was simply steady, posting 14 pars to go with two birdies and two bogeys.

Alex Zhu of San Ramon gave it his best in a comeback attempt. A day after opening with a 75, Zhu caught fire at Stockton G&CC, carding a 67 with six birdies. But it wasn’t enough to catch Norton.

Grant Fairbairn of Orinda placed third at 143 after rounds of 71-72.

Brendon Choe of Orinda and Lodi resident Justin Gums both grabbed a share of fourth place at 144 after final rounds of 71 and 70, respectively. In the Girls’ Championship, Hu also got her first victory of the 2016-2017 season, holding on to defeat runner-up Yealimi Noh by a shot.

Hu took the first round lead, posting a 72 at Stockton G&CC that included three birdies and four bogeys. A day later at Elkhorn GC (a par 73 for the Girls), Hu got off to a shaky start with a front-nine 38 but righted the ship with an even-par 35 on the back.

Noh, who came into the event in second place in the Player of the Year standings, opened with a 74. She’d make a valiant second round push with a 1-under 72, but was stung by a bogey on the par-4 17th and could only make par on 18. In the Boys’ First Flight Championship, Gregory Lee of San Jose shot a final round 75 to come in at 153 and defeat runner-up Cameron Keith of Alamo by two shots. Keith had a final round 78.

Two players—Leonardo Vieira of Castro Valley and Jonathan Le of San Jose—finished tied for third at 157 after final rounds of 78 and 81, respectively. Luke Dugger of Davis and Matthew Ro of San Jose shared fifth place at 158. In the Girls’ First Flight Championship, Jaclyn LaHa of Pleasanton shot a final round 78 to finish at 161 and defeat runner-up Selena Tang of Fremont by eight shots. Tang had a final round 87.

Skyler May of Stockton and Pleasanton’s Jasmin Krishna finished T-3 at 170, while Tiffany Kwok and Gabbie Puspoki of Pleasanton and Tuesday Epperson of Lincoln finished T-5 at 171.

Next up on the JTNC calendar is the Spring Series II Championship, slated for March 25-26 at Coyote Creek Golf Club in San Jose.