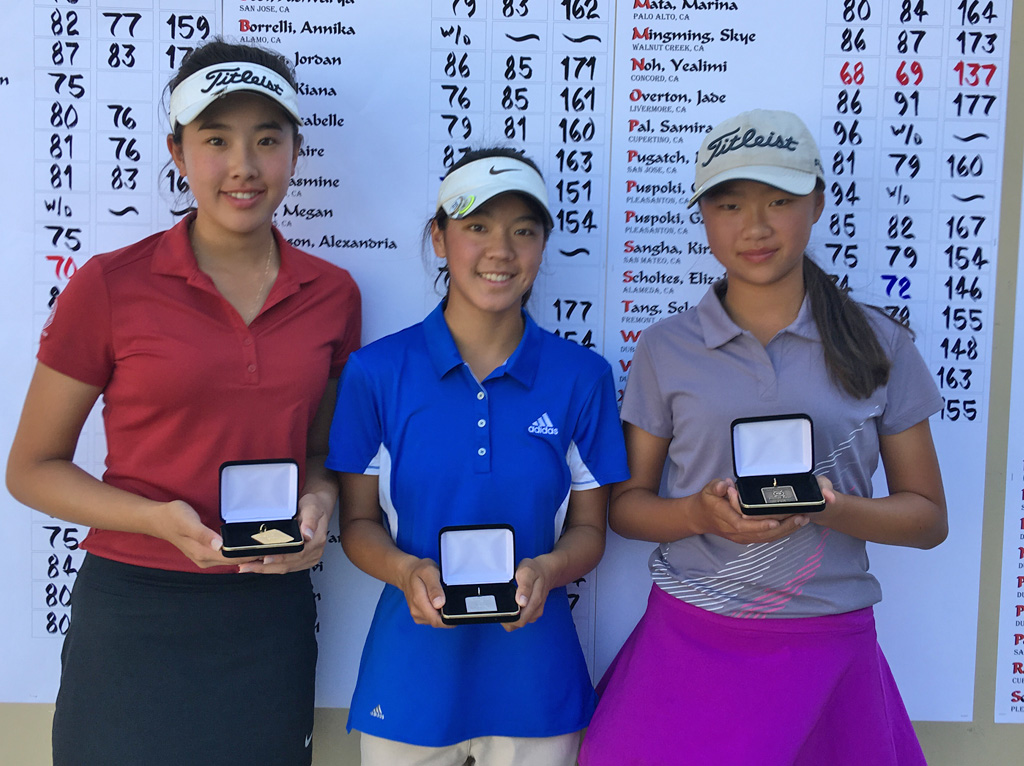 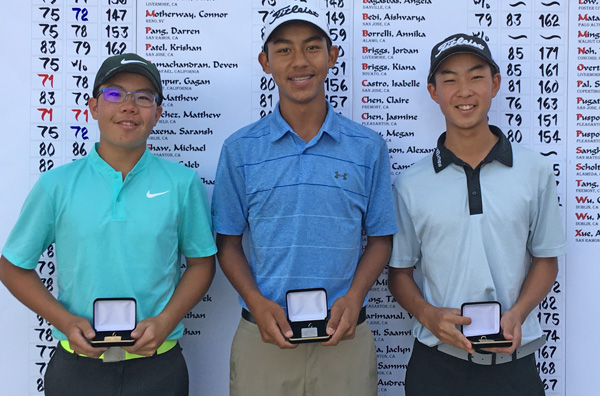 Chung earned his second win of the 2017-2018 season and grabbed the lead in the Player of the Year points standings thanks to a clutch birdie on the 18th hole. The birdie gave Chung a final round score of 71, enabling him to hold off runner-up Sebastian Iqbal of San Jose.

Overall, Chung had eight birdies to go against just five bogeys. Iqbal also birdied the 18th for a 71 but was previously stung by a bogey on the 17th. The stroke would give Iqbal a two-day total of 142.

Kim, like Iqbal, also had a chance to catch Chung but slipped with a bogey on the 17th.

In the Girls Championship, things weren’t so dramatic, as Noh raced to a nine-shot win thanks to two brilliant rounds. The Carondelet High junior, who now has two wins on the season, opened with a 68 that featured eight birdies and four bogeys.

Alameda’s Elizabeth Scholtes and Foster City’s Faith Low finished T-2 at 146 after rounds of 72 and 73, respectively. Scholtes earned second place in a card-off.

Fourth place went to Carissa Wu of Dublin at 148. Andrea Gomez of Santa Clara and Sabrina Iqbal of San Jose finished T-5 at 149. 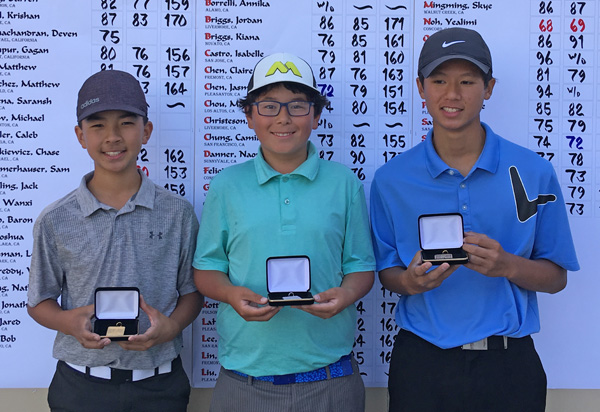 Jonathan Le of San Jose and Tylor Chou of Los Altos finished T-3 at 151. Le won third in a card-off. Matthew Lee of Danville was fifth at 152. 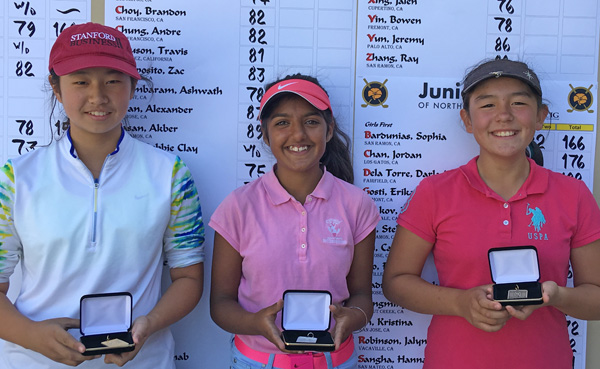 Sophia Bardunias of San Ramon and Emily Luo of Danville finished T-3 at 166. Bardunias earned third in a card-off. Stella Lin of San Ramon was fifth at 167.

Ahmed Ali of Los Altos and Ethan Chen of Fremont both had the shots of the event, making hole in ones on the par-3 7th hole of the Zinfandel Course.