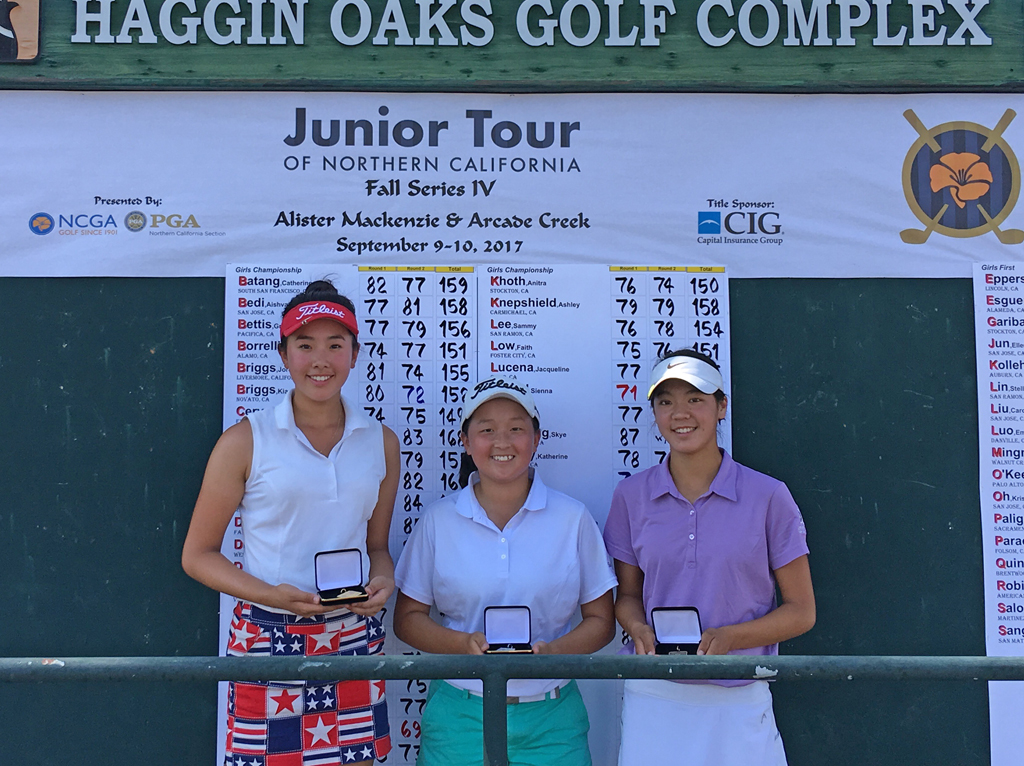 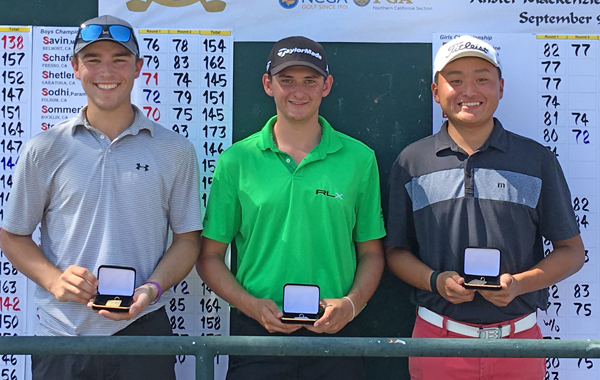 Gums notched his first win of the 2017-2018 season with an impressive final round 5-under 67. A day after opening with a 71, Gums carded six birdies to go against just one bogey.

His big push would come on the back-nine, where he posted a 32, including a clutch birdie on the 18th to hold off runner-up Scott Rescigno by a stroke. Rescigno. Who’d opened with a 68, made a birdie on the 15th to get to 5-under but had to settle for pars on his final three holes, coming in with a 71 and two-day total of 139.

Third place went to Orinda’s Chloe Brendon at 141 following a final round 72. Woojin Gallo of Walnut Creek and Ryan Meyer of Oakdale shared fourth place at 142 after rounds of 67 and 71, respectively. 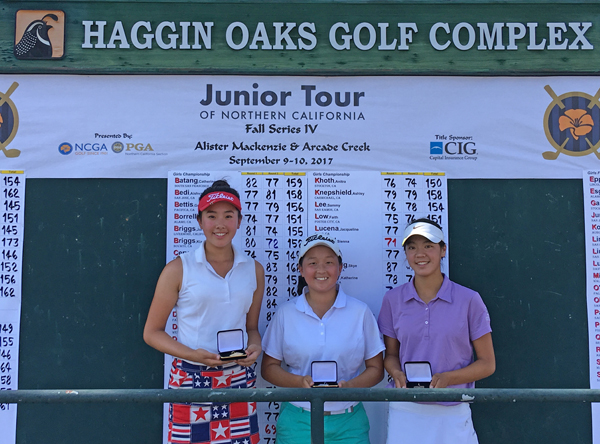 In the Girls Championship,  Noh got her first win of the season via a terrific final round 68. A day after opening with a 72, Noh opened with a brilliant front-nine 31 that featured five birdies.

It would all help, as also having a strong weekend was Suh. Suh, of San Ramon, put together rounds of 69-71 to also finish at 140. In the sudden-death playoff, Noh emerged the winner via a birdie on the first hole.

Elizabeth Scholtes of Alameda and Sabrina Iqbal of San Jose shared third place at 142 after final rounds of 68 and 69, respectively. Iqbal has already won twice this season. Scholtes earned third place in a card-off.

Sienna Lyford of Roseville was fifth at 144 after a 73. 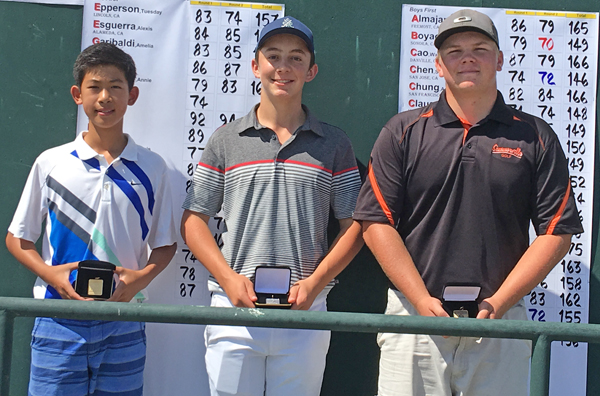 In the Boys’ First Flight Championship, Steven Chen of San Jose shot a final round 72 to come in at 146 and defeat runner-up Travis Clauson of Martinez by four shots. Martinez had a final round 79. 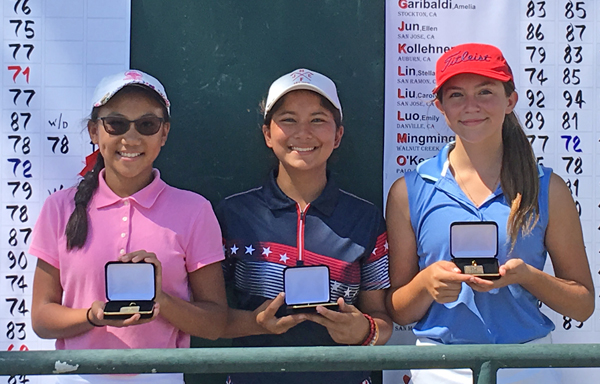 In the Girls’ First Flight Championship, Ellexis Mingming of Walnut Creek shot a final round 72 to come in at 149 and defeat runner-up Kathryn Robinson of American Canyon by four shots. Robinson had a final round 79.

Tuesday Epperson of Lincoln was third at 157, while Mikaela Paracuelles of Folsom was fourth at 158. Fifth place went to Stella Lin of San Ramon at 159.

Mika Paliga and Courtney Cervellin had the shots of the tournament, each making a hole-in-one. 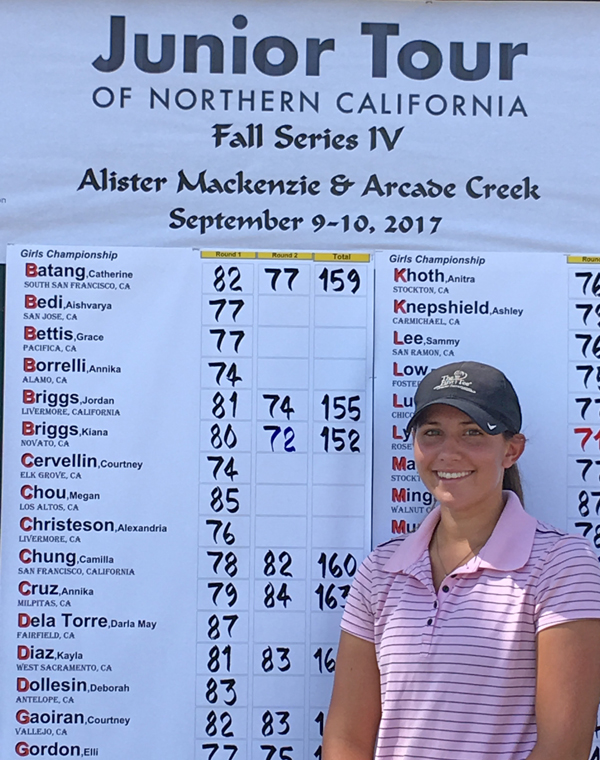