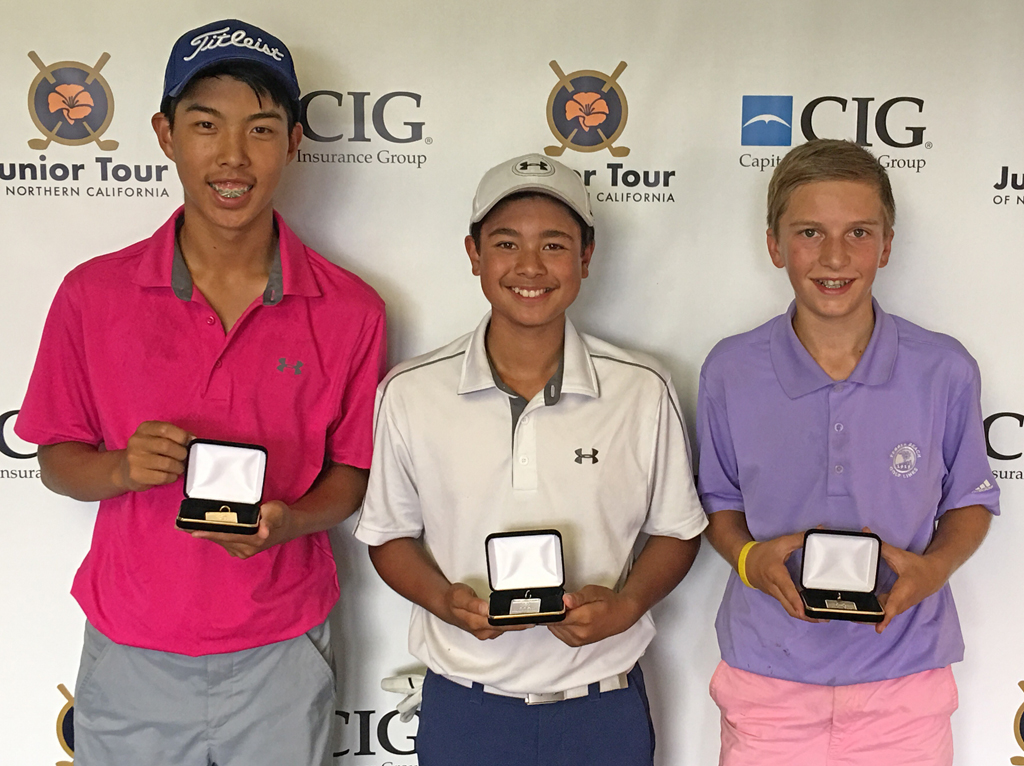 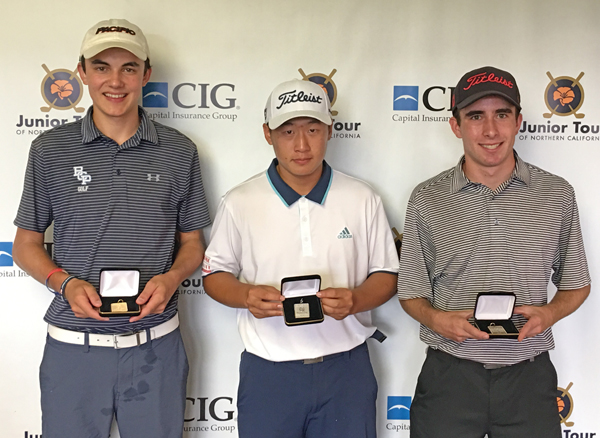 Meinhardt grabbed his first win of the new season with solid play both days, carding a 69 and 71, respectively. Overall, he’d post eight birdies to go against six bogeys. Two of his biggest birdies came on the 13th and 15th holes, leading him to edge runner-up Wanxi Sun by a stroke.

Sun, of Danville, had opened with a solid 68 featuring five birdies. On Sunday, he’d get tripped up late by a bogey on the 17th, leading to a 73 and two-day total of 144.

Jonathan Dicks of Menlo Park was third at 144 after a 70, while Sebastian Iqbal of San Jose was fourth at 146 after a 73. 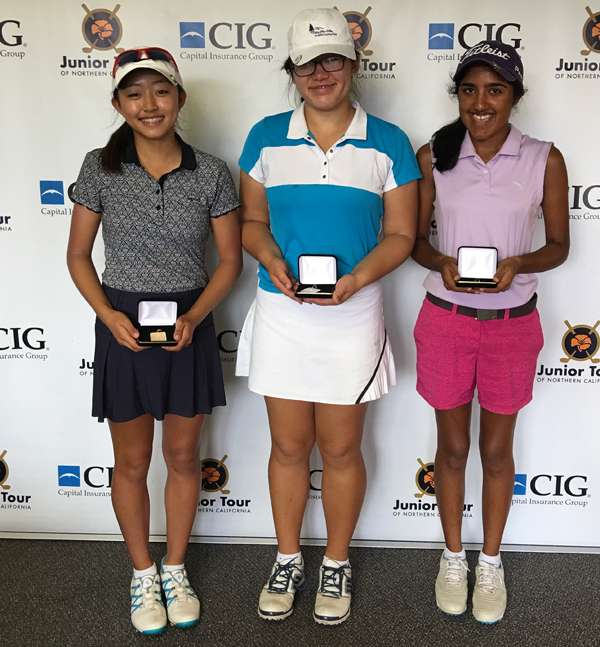 In the Girls’ Championship, Jin shot a final round 74 to win by a stroke over runner-up Grace Chen of Sunnyvale. Coming off a first round 72, Jin, who notched her first win of the season, was fueled by key back-to-back birdies on the 11th and 12th holes. 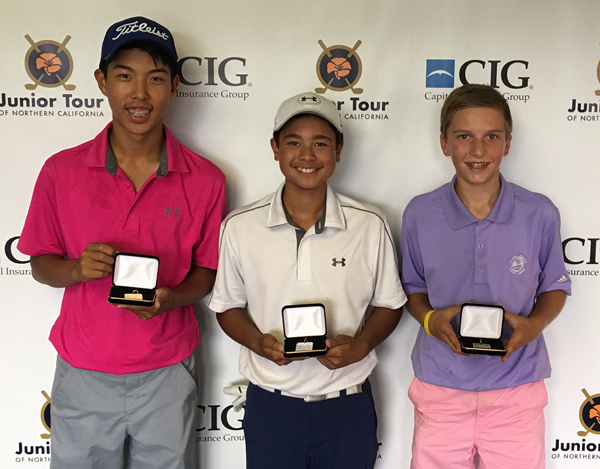 In the Boys’ First Flight Championship, Matthew Ro of San Jose won his second straight title, shooting a final round 72 to come in at 151 and defeat runner-up Joshua Yeater of Marina by a stroke. Ro was powered in part by a hole-in-one on the par-3 12th in the final round. Yeater had a final round 75. 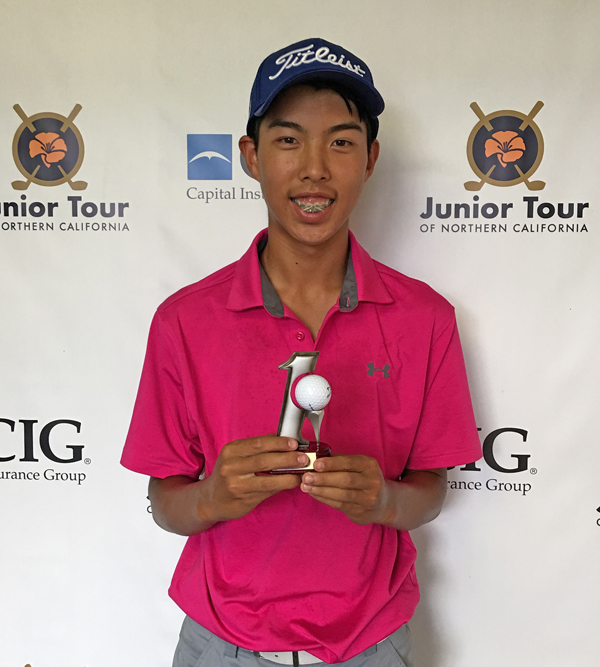 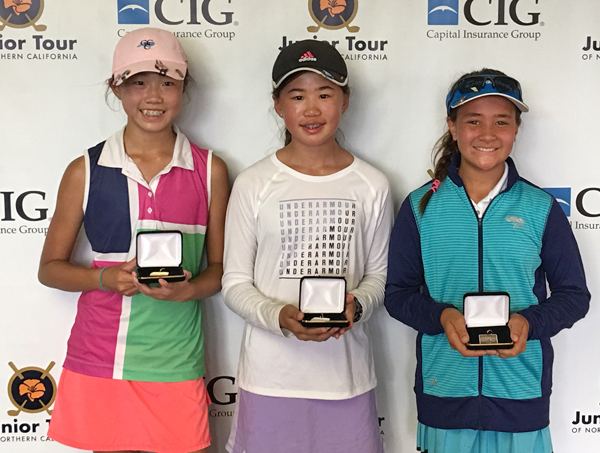 In the Girls’ First Flight Championship, Sophie Thai of Los Altos also won her second event in a row, posting a final round 79 to finish at 162, good enough for a one-shot win over runner-up Emily Hou of San Ramon.

Third place went to Kiara Romero of San Jose at 165. Palo Alto’s Lauren Sung was fourth at 170, while Kati Wilkes of Danville was fifth at 171.

Next up on the JTNC calendar is the 2017-2018 Fall Series IV Championship, to be held Sept. 9-10 at Haggin Oaks Golf Complex in Sacramento.