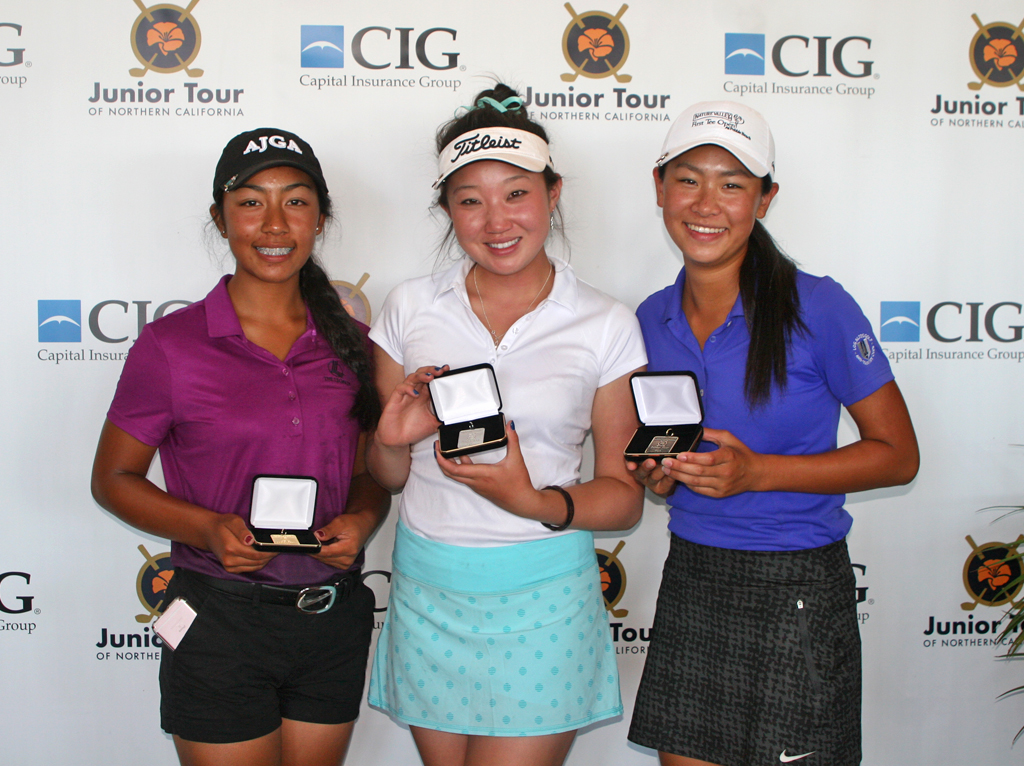 Ali picked up his record-tying third win of the 2015-2016 season with a stellar performance. In Tuesday’s first round at Chardonnay GC, he’d post five birdies to go against just one double-bogey.

A day later, Ali went on a birdie binge to sew up a six stroke win over the field. In the finale, Ali rang up eight birdies to offset four bogeys. He’d wrap up his showing by posting birdies on four of his last five holes.

Thomas Hutchison of San Jose, who previously tied the record for most JTNC wins in a season (3) and was coming off a big win at the NCGA Junior Championship, was runner-up at 143. He’d open with a 70, but could only manage a 73 in the final round.

Max Holm of Walnut Creek held the first round lead after a sizzling 68 that featured five birdies and a lone bogey, but a second round 76 dropped him into third place.

Fourth place went to Santa Rosa’s Jake Eastman at 146 after a final round 76. Robert Briggs of Novato and Bradley Vu of Santa Cruz shared fifth place at 147 following rounds of 70 and 73, respectively.

In the Girls’ Championship, Iqbal grabbed the lead with a first round 75 and never gave it up, posting a final round 69 for a two-shot win over Yoonhee Kim of San Ramon.

Coming off back-to-back wins at the NCGA Junior Championship, the win was Iqbal’s third of the 2015-2016 season and record 20th NorCal junior “major” victory. A day after posting just one birdie, the Pioneer High junior carded six birdies to go against just three bogeys.

Kim, the winner of six events this season and runner-up at the NCGA Junior after losing to Iqbal in a playoff, opened with a 77 and followed that up with a 69. She’d make a brilliant charge on the back-nine, carding birdies on her first four holes, but was unable to catch Iqbal.

Bibilani Liu of Cupertino finished third at 150 following a 71, while Caris Kim of Los Altos placed fourth at 152 after a 72. Marie Dean of Davis was fifth at 153 after a 72. In the Boys’ First Flight Championship, Michael Lozano of Manteca had a 76 to finish at 150, defeating runner-up Nico Maes of San Jose by five shots. Maes shot a final round 78. In the Girls’ First Flight Championship, Kiana Briggs of Novato followed up an opening 81 with a 70 to come in at 151, defeating co-runner-ups Natalie Vo of San Jose and Sydney Sung of Palo Alto by 10 shots.

Vo, who was awarded second place in a card-off, had a final round 74, while Sung posted a 75.

Madison Pineda of San Carlos was fourth at 163 after an 83. Katie Lynn Fong of Dublin and Sophie Thai of Los Altos finished T-5 at 165 following rounds of 79 and 81, respectively.

Next up on the JTNC calendar is the Summer Series V Championship, slated for July 25-26 at Fort Washington Country Club in Fresno.