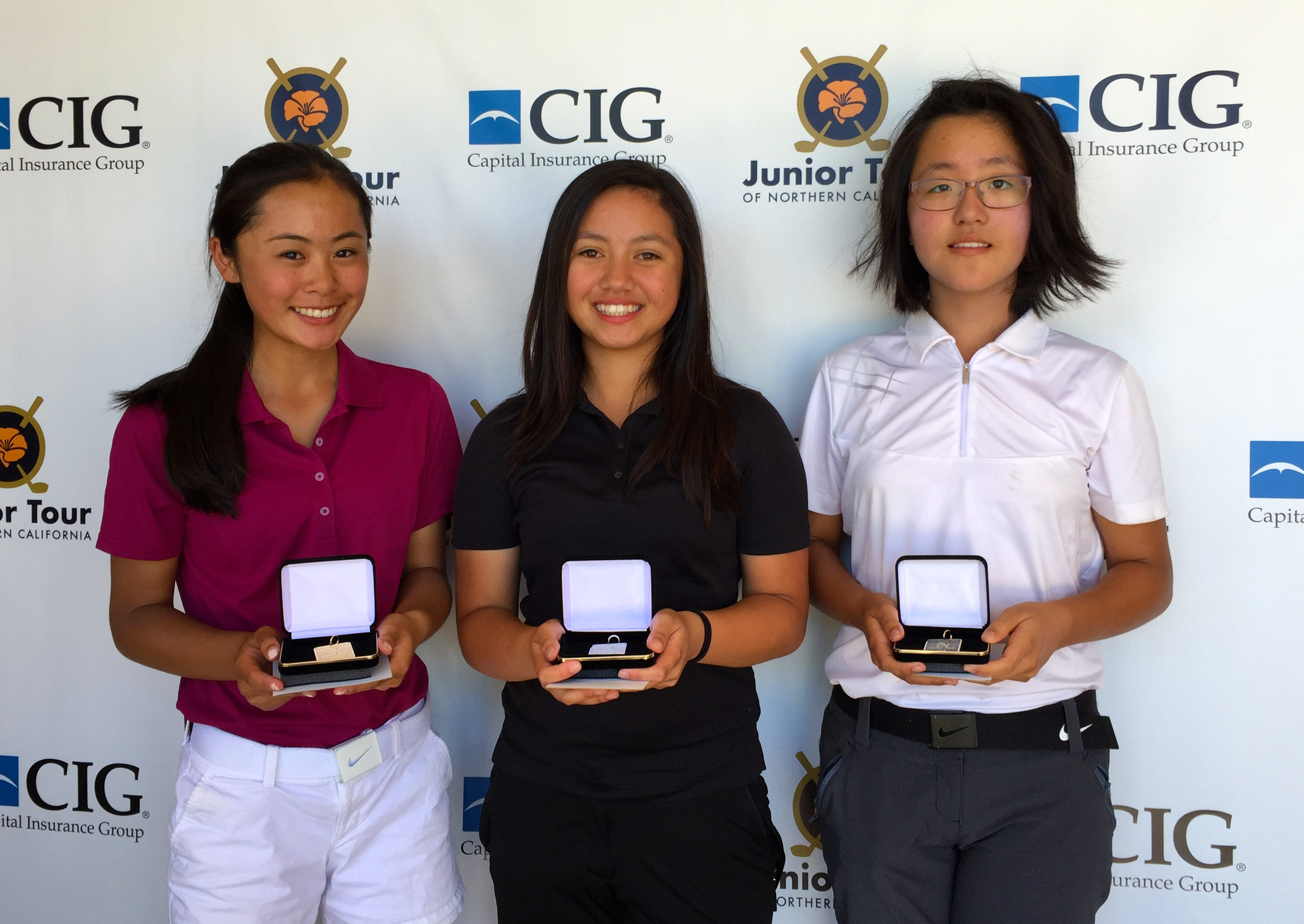 Mok picked up his first win of the 2015-2016 season thanks to his 75 and stellar final round of 69. On Monday he had three birdies, but on Tuesday he posted five birdies with an eagle on his final hole. Hutchison carded four birdies on his final round with only two bogeys and finishing just one behind Mok. Shooting one of the lowest rounds in girls JTNC history, Yoonhee Kim won by nine strokes. On Tuesday Kim followed the front nine even par with five birdies and an eagle. Kim carded a 28 on her second nine and ended up shooting a stellar 65.

Iqbal, the two-time defending JTNC Girls’ Player of the Year, had opened with a leading 74 on Monday. A day later, she’d slip back to a 76 that featured four birdies. In her fourth event of the year, Bibilani Liu shot a steady 79 each day with some sprinkled in birdies to secure her third place finish. In the Boys’ First Flight Championship, Allen Zhang of San Jose had rounds of 71-79 to come in at 150 and win by five strokes. In the Girls’ First Flight Championship, Lauren Shew of San Francisco had rounds of 80-75 to finish at 155 and win by two strokes.

Next up on the JTNC calendar is qualifying for the Ellie Mae Classic, slated for June 28 at TPC Stonebrae in Hayward.