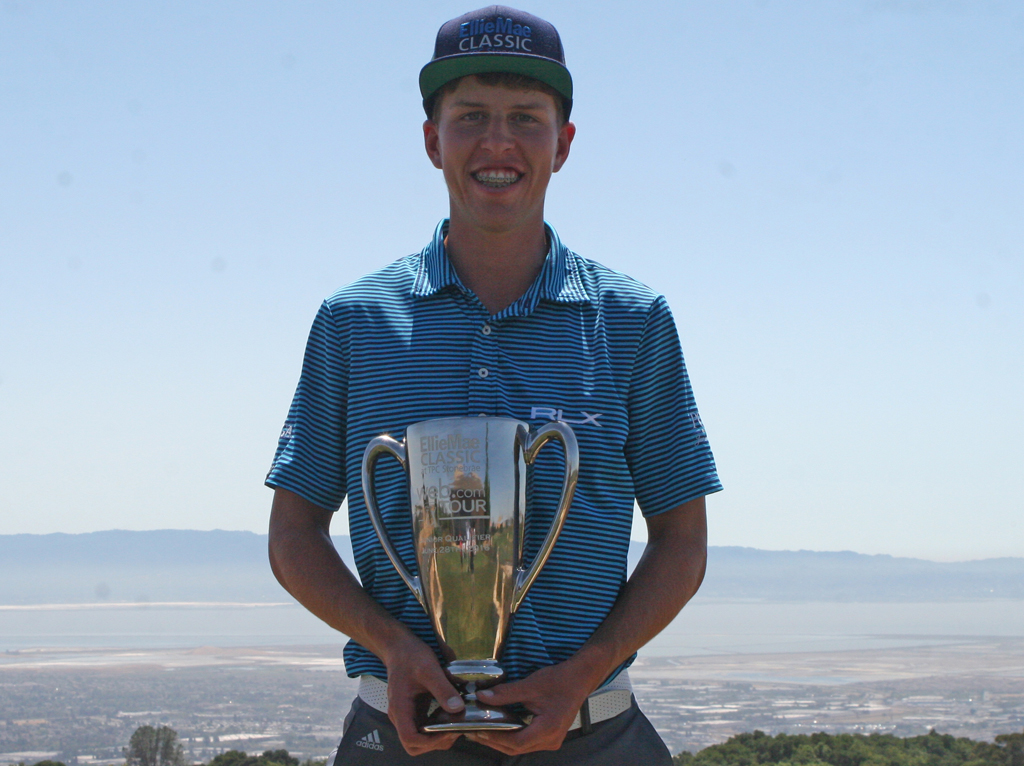 The JTNC will have a presence at the upcoming Web.com Tour Ellie Mae Classic at TPC Stonebrae in Hayward.

Among those in the field for the Classic, which is slated to tee off July 28-31, will be 2013 JTNC Player of the Year Joshua McCarthy.

The Danville resident earned a spot in the championship by shooting a medalist-earning 4-under 67 in a JTNC qualifier held at TPC Stonebrae. He’d edge Finigan Tilly of San Carlos, who had a 68, by one.

McCarthy’s round included eight birdies, two bogeys and a double-bogey. He’d calmly follow up an opening double-bogey on the first hole by rattling off four straight birdies.

“I was as nervous as I’ve ever been going into a tournament,” said McCarthy, who’s headed to Pepperdine University in the fall. “This meant so much. I am so excited to have won the opportunity to play in the Ellie Mae Classic. It’s an incredible opportunity.”