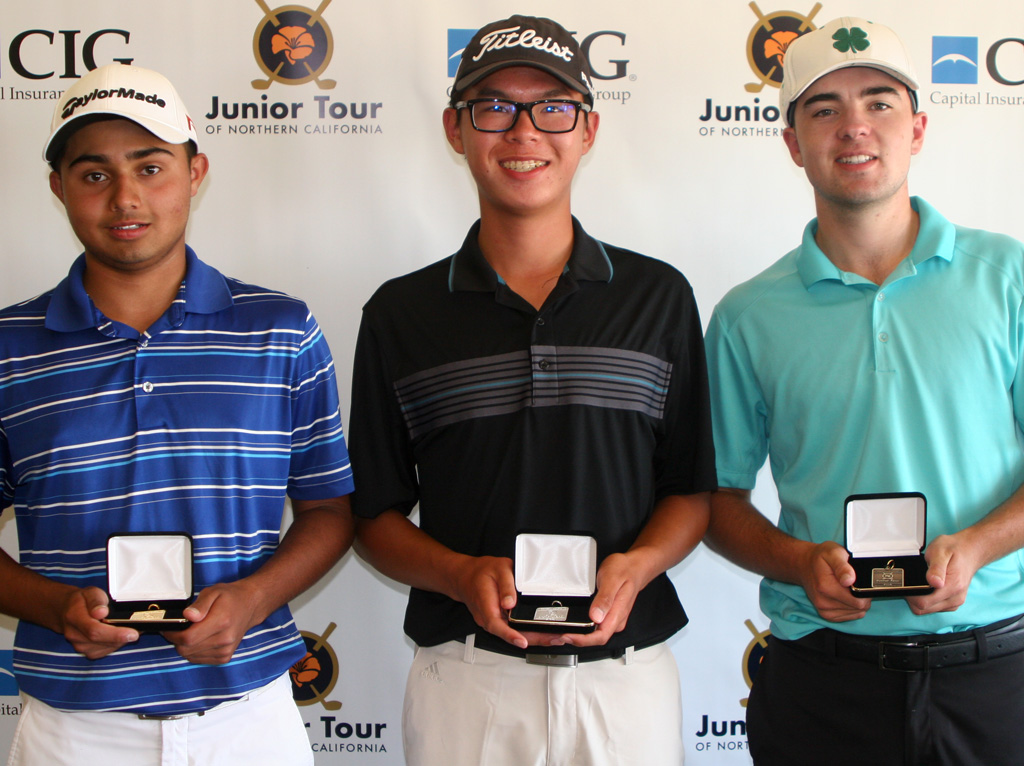 Srinivasan picked up his first win of the 2015-2016 season thanks to a steady first round 70 and a stellar final round 65.  The 65 was also the fourth lowest 18-hole score in JTNC history.

A day after carding a solid 70 featuring four birdies and three bogeys, Srinivasan caught fire. On Sunday at Deer Ridge, he’d post seven birdies with just one bogey to secure a two-shot win over runner-up Brendan Hy of San Ramon. On his front-nine, Srinivasan shot a 32.

Hy, who was coming off a first round 71, did his best to try and keep up. He’d post a second round 66 with six birdies to go against just one bogey.

Also shooting a Sunday 66 was San Carlos’ Finigan Tilly, who moved into a tie for third with Wallace Lin of Los Gatos at 138. Lin had back-to-back rounds of 69.

Three players—Bryson Zorich of Rocklin, Hayden Hui of Dublin and San Ramon’s Ashkaan Hakim—all finished T-5 at 139. Zorich also had a 65, while Hui had a 66 and Hakim shot 67. Zorich, who shot a front-nine 30, had an eagle and eight birdies but also suffered four bogeys. In the Girls’ Championship, it was Akabane who went low. Playing at Deer Ridge, Akabane had a second round 66 to come from behind and defeat runner-up Sabrina Iqbal of San Jose by three strokes.

Akabane also had a front-nine 30, thanks to an eagle on the par-5 9th and four birdies. Iqbal, the two-time defending JTNC Girls’ Player of the Year, had opened with a leading 68 on Saturday. A day later, she’d slip back to a 71 that featured two birdies and two bogeys.

Finishing in a tie for third at 143 were Vallejo’s Maria Davis and Samantha Gong of San Francisco following final rounds of 70 and 71, respectively. Davis was awarded third place in a card-off.

Fifth place went to Cupertino’s Bibilani Liu at 146 after a 71. In the Boys’ First Flight Championship, Dean Cavanna of San Anselmo had rounds of 70-72 to come in at 142 and win by seven strokes.

Marcon was awarded second place following a card-off. Aidan Tran would be awarded third place in the card-off. In the Girls’ First Flight Championship, Jordan Briggs of Livermore had rounds of 77-75 to finish at 152 and edge runner-up Tiffany Kwok of Pleasanton by a stroke.

The event concluded the 2016 Spring Series. Next up on the JTNC calendar is the Summer Series I, slated for June 11-12 at Reserve at Spanos Park and Elkhorn GC in Stockton.