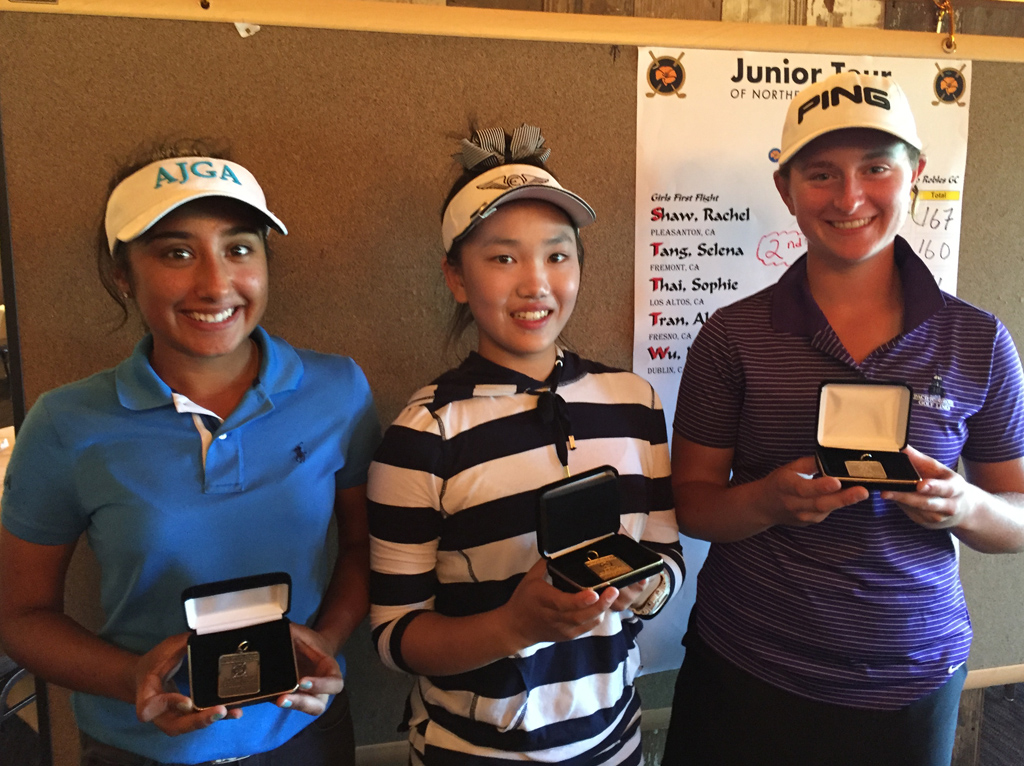 Hutchison picked up his third win of the 2015-2016 season thanks to a steady first round 70 and a stellar final round 64. With the victory, Hutchison tied the JTNC Boys’ record for most wins in a season. The 64 was also the third lowest 18-hole score in JTNC history.

A day after carding an up-and-down 70, Hutchison was flawless, posting seven birdies with zero bogeys to win by five strokes. He’d make his charge on the front-nine, where he shot a 30.

On Saturday, Hutchison also had seven birdies, but he’d also card four bogeys and a double-bogey.

Also going low in the second round was runner-up Ethan Chung of Cupertino. Chung followed up an opening 73 with a fantastic 66 that included an eagle on the par-4 11th, four birdies and just one bogey.

Finishing tied for third at 143 were three players—Bradley Vu of Santa Cruz (70), George McNeely of Carmel (70) and Brian Ma of Milpitas (72). In a testament to fortitude, Wanxi Sun carded a 75 on Sunday despite posting an 11 on the par-5 10th. In the Girls’ Championship, 2014 U.S. Women’s Open darling Lucy Li made the best of a rare JTNC appearance.

Li, the only girl to break 70 in the first round, took the lead from the onset with a solid 69 that featured three birdies and a bogey. A day later she’d post a 72 with two bogeys and birdie to defeat runner-up Courtney Vogel of Pacific Grove by seven shots. In the Boys’ First Flight Championship, Kevin Sze of Saratoga had a final round 72 to come in at 145 and eke out a one-shot win over runner-up Aidan Tran of Fresno. Sze clinched the win with a clutch birdie on the 18th.

Tran also had a final round 72. Placing third at 150 after a final round 75 was San Jose’s Jackson Koivun. Baron Seeto of Moraga and Andrew Burdick of Arroyo Grande finished T-4 at 151 following final rounds of 75 and 80, respectively. In the Girls’ First Flight Championship, Kiana Briggs of Novato had a final round 78 to come in at 153 and defeat runner-up Selena Tang of Fremont by seven shots. Tang shot a final round 77.