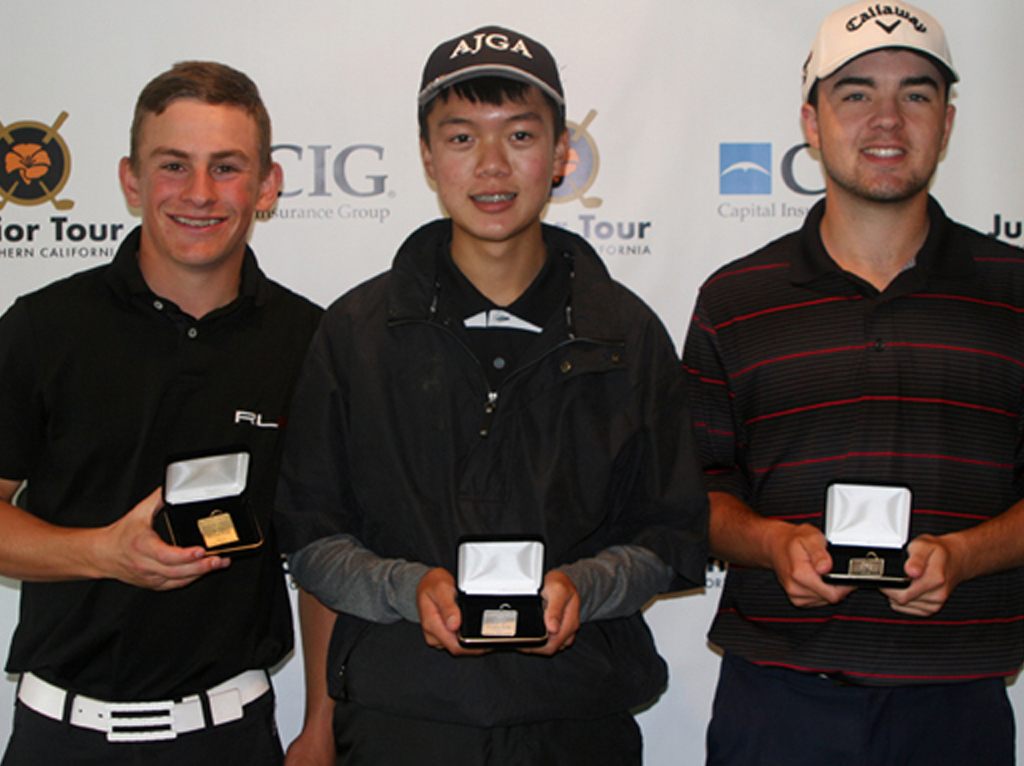 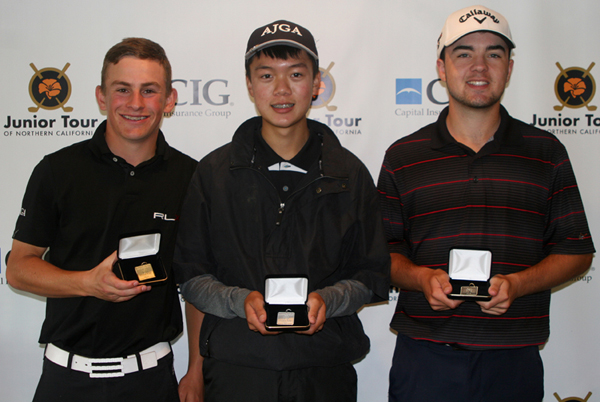 Heitel picked up his first win of the 2015-2016 season after putting together back-to-back rounds of 67-68. He’d beat the field by five strokes.

Finishing in second with a solid score of 4-under 140 was Milpitas’ Brian Ma. Ma’s play included a first round 5-under 67.

Third place went to Finigan Tilly of Redwood City at 141, while fourth place went to Hayden Hui of Dublin at 143. Cupertino’s Ethan Chung was fifth at 144. 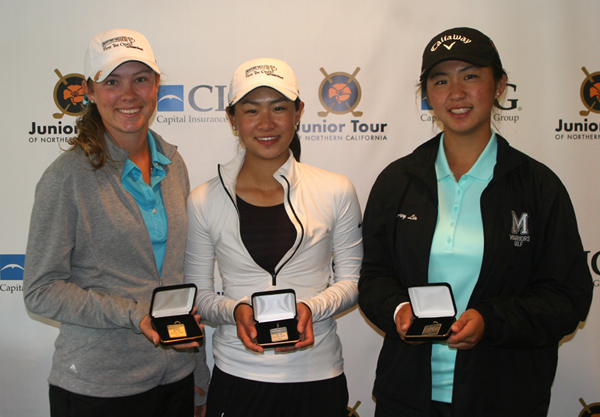 The Girls’ Championship would go to a playoff after Schroeder came in with a final round 72 to tie Liu after regulation. Schroeder had stumbled with a double-bogey on the 16th, but came back with a birdie on the 18th to force extra holes. Liu had a chance to win outright but bogeyed the 18th. Schroeder won on the third hole of a sudden-death playoff.

Liu held the lead after the first round following a 72.

In third place was Fremont’s Audrey Lim at 152 following matching rounds of 76. Vanessa Richani of Granite Bay and Ashely Shim of San Mateo finished T-4 at 155 after final rounds of 77 and 78, respectively. 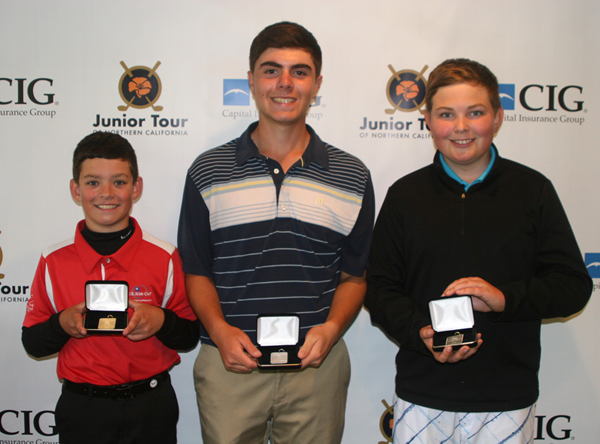 Over in the Boys’ First Flight Championship, Jackson Koivun of San Jose shot a final round 77 to come in at 153 and defeat Dante Clark and Dean Cavanna by a stroke. Koivun sealed his win with a birdie on the 18th.

Clark, of San Jose, and Cavanna, of San Anselmo, finished at 154 following rounds of 77 and 78, respectively. Clark was awarded second place after a card-off.

Nathan Wang of Fremont took fourth at 155, while Evan Cuenco of Benicia was fifth at 156. 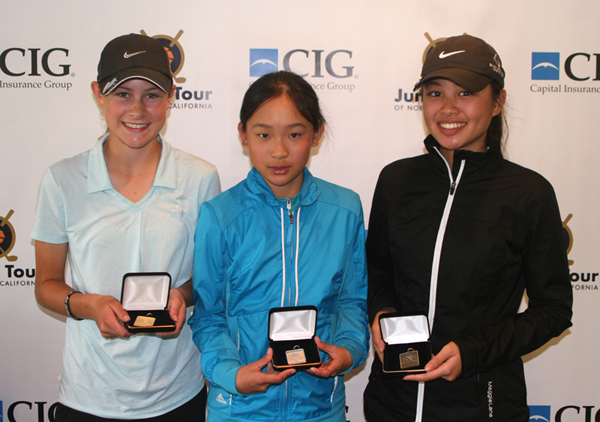 Third place went to Katelyn Vo of San Jose at 165, while Julia Ni of Dublin was fourth at 166. Fifth place went to Patricia Sweeney of Folsom at 168.

The 2016 Spring Series continues with the Spring Series IV Championship, to be held April 23-24 at Adobe Creek GC and Rooster Run GC in Petaluma.