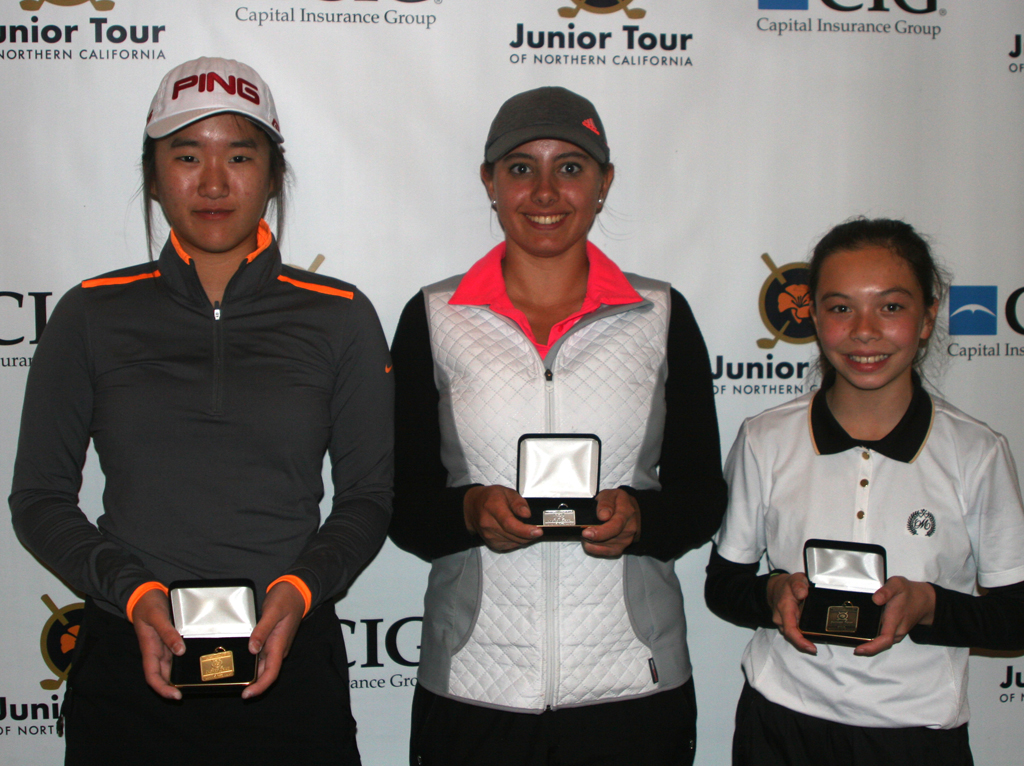 Alamo resident Ryan Grauman shot 2-over 146 and defeated Joshua McCarthy in a playoff and San Mateo resident Amanjoty Sangha shot 12-over 156 to win their respective divisions at the Spring Series II Championship held Saturday and Sunday at par-72 Windsor GC. 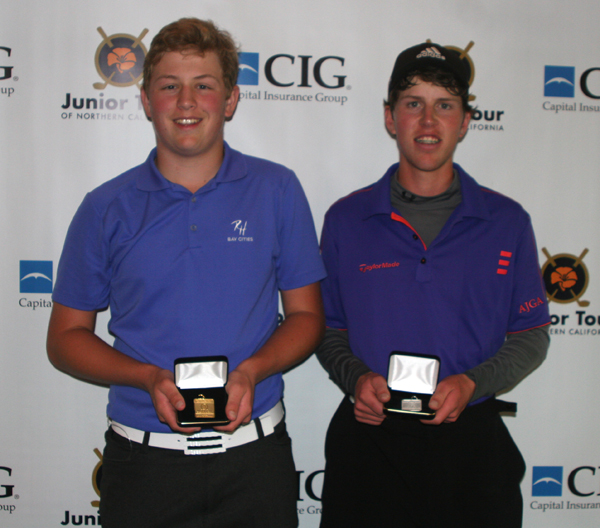 Grauman’s victory, his second of the season, was keyed by a stellar2-under 70 in the first round.  After a front-nine 38, he’d catch fire, posting a 32 on his back-nine with four birdies.

While Grauman took the early lead, one of his pursuers was McCarthy. The 2014 JTNC Boys’ Player of the Year and Danville resident shot 72 to leave himself just two back.

On Sunday, Grauman slipped back to a 76 while McCarthy made a move with a 74, leaving them tied after regulation. In what became a playoff, Grauman came out on top on the second hole.

Finishing in third place at 147 was Robert Briggs of Novato after rounds of 73-74. Thomas Hutchison of San Jose and San Ramon’s Brendan Hy finished T-4 at 149 after final rounds of 74 and 78, respectively. 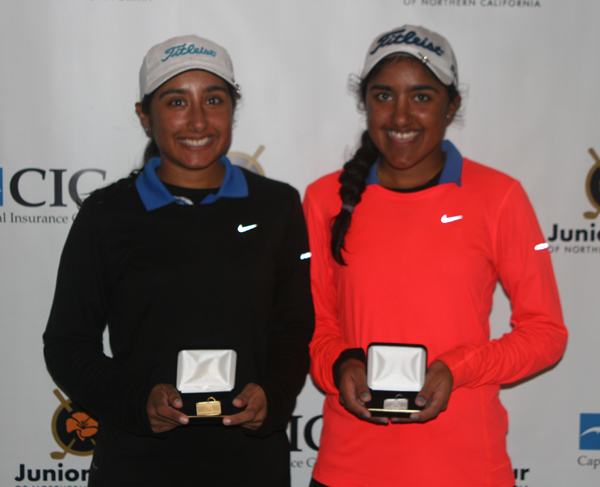 In the Girls’ Championship, Sangha outlasted her sister, Kiran, for her first win of the season.

A day after opening with matching scores of 80, Amanjoty posted a day-low 76 that featured two birdies, four bogeys and a double-bogey. Kiran, meanwhile, shot 78. Kiran had a chance to catch Amanjoty but was stung by a critical double-bogey on the 16th hole.

Finishing in a tie for third at 160 were Angela Liu of San Jose and Belinda Hu of San Ramon following final rounds of 78 and 81, respectively. Liu was awarded third place in a card-off. Hu had taken the first round lead after opening with a 79.

The Boys’ First Flight Championship title was captured by Allen Zhang of San Jose, who put together rounds of 76-82 to come in at 158.

Zhang defeated runner-up Krishan Patel of San Jose, who finished at 161 after a final round 84, by three shots. Taking third place at 171 was Lucas Happy of Petaluma. Dylan McDermott of Granite Bay and Owen Randolph each grabbed a share of fourth place at 172 following matching final rounds of 88. 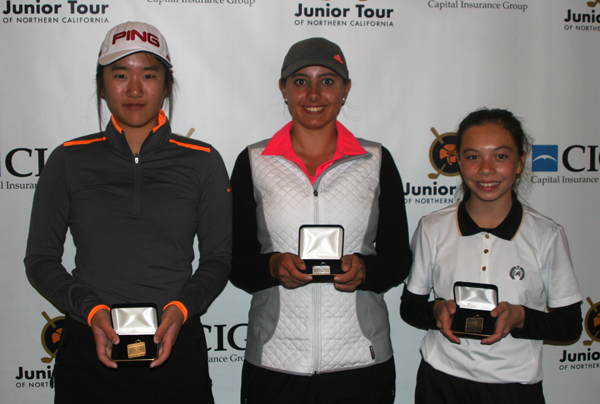 In the Girls’ First Flight Championship, Kaylen Choi of Dublin came in at 163 after a final round 80 to defeat runner-up Madison Beckett of Santa Rosa by two shots. Beckett shot 86-79. 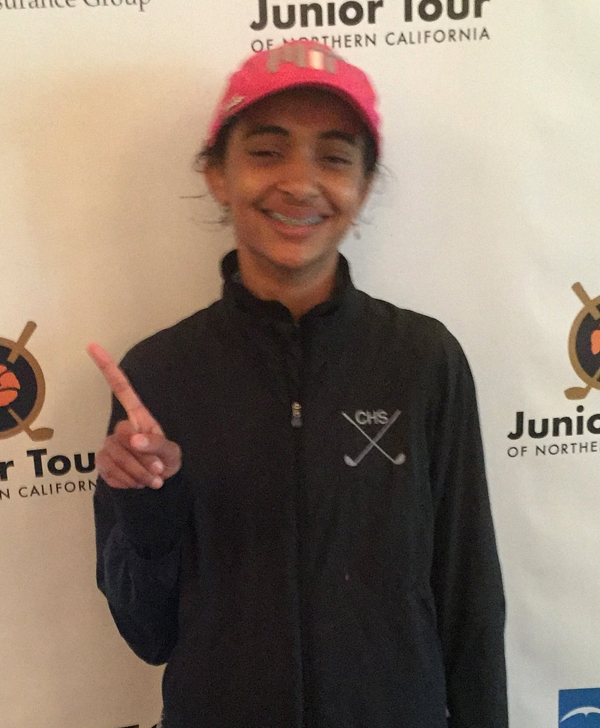 Samira Pal had the shot of the tournament, acing the 5th hole on Saturday.

Samira Pal of Cupertino had the shot of the weekend, acing the par-3 5th hole on Saturday using an 8-iron.

The 2016 JTNC Spring Series will continue with the Spring Series III Championship, to be held April 9-10  at The Golf Club at Roddy Ranch in Antioch.