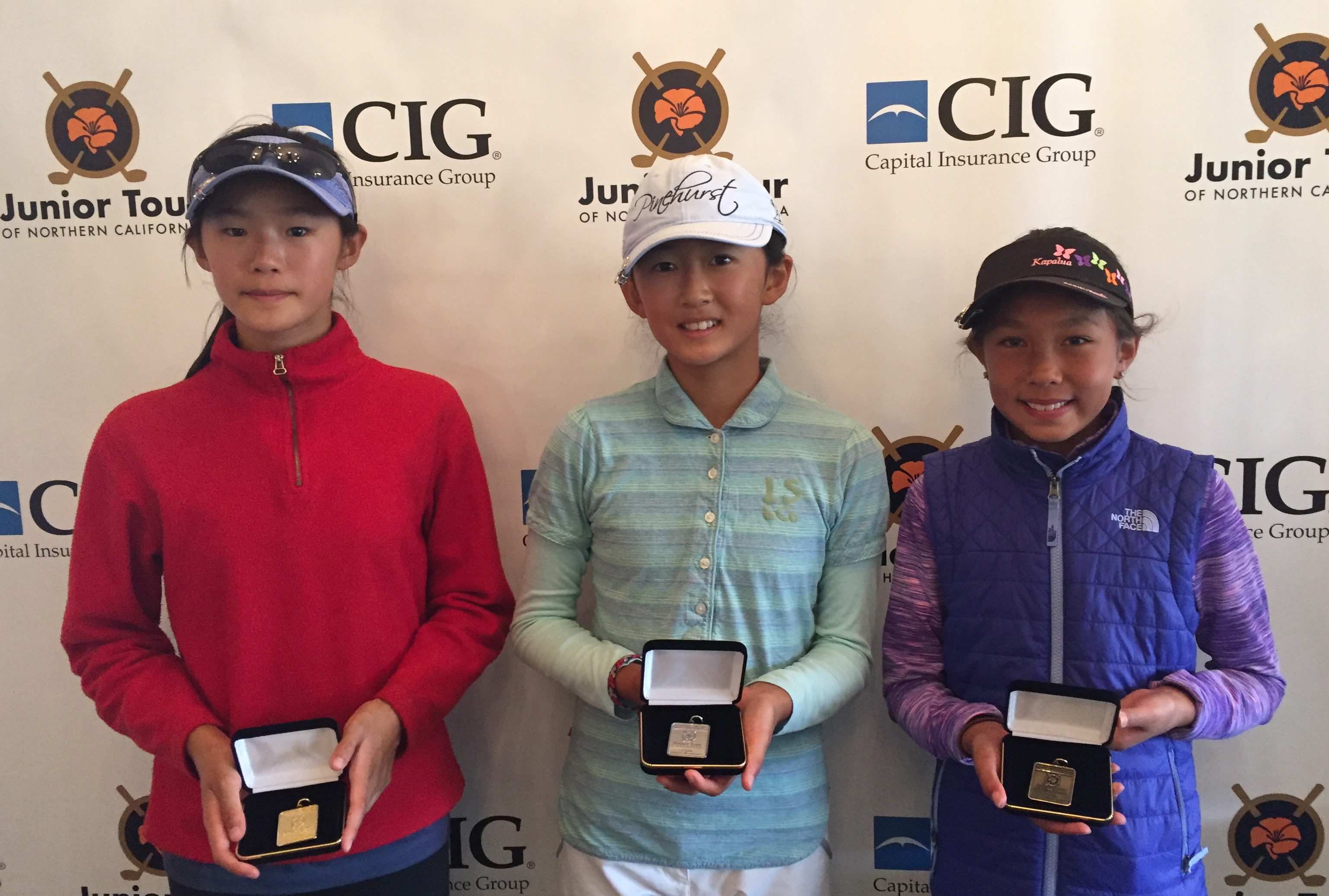 San Jose resident Thomas Hutchison won his second straight Junior Tour event on Sunday when he shot two under 139 at Rancho Canada’s East Course and Laguna Seca GC.  Sabrina Iqbal of San Jose fired a one over par 143 to pick up her second JTNC win of the Fall Series.  Both players had an extremely good summer, each winning NCGA Junior and JTNC Players of the Year.  There doesn’t seem to be any sign of them slowing down in the Fall. Tom finished the regulation 36 holes in a tie with San Ramon’s Jack Gardner, who had a very good tournament himself.  Jack had one of the lowest rounds of the day at Laguna including a chip in on the 36th hole for birdie to pull into a tie with Hutchison and force the playoff.   Hutchison secured the win early in the playoff with a birdie on the first hole at Laguna Seca.

Rounding out the Boys Championship Flight winners was Ryan Grauman who played his way into third place by shooting a 70 on day two at Laguna Seca.  Ryan’s one under 70 was the low round of the day on day two. As is so often the case Sabrina put together two solid rounds , 72 followed by 72 and won the Girls Championship flight by nine strokes.   Entering round two Sabrina was neck and neck with Cupertino’s Bibilani Liu who matched Sabrina’s day 72 with one of her own.  Liu struggled a little on day two getting off to a slow start before coming home with a 37 on the back nine.   She ended up tied with San Jose resident Quynn Duong for second at 152.  Liu’s strong back nine was the difference as she won the tiebreaker to take home second place.  Duong is playing well taking third place just one week after winning Fall Series San Jose’s Jackson Koivun took home first place honors in the Boys First flight with two good rounds of 78 and 74.  His second round 74 was the only boys first flighter to break 80 on day two at Laguna Seca.  So far this Fall Jackson has picked up a first and second place finish.   Steven Chen took second place in the flight with a two day total of 157 and rounding out the group was Alexander Iniakov and Mitchell Hoey tied at 160.  Alexander took the third place tiebreaker with a solid back nine on Sunday. San Ramon’s Steffi Lin and Fremont’s Selena Tang finished Sunday in a tie for first, both shooting a very good 157 two day total.  Neither player could get much separation at all as they both shot 77 day one and 80 day two.  Lin won the first hole of the playoff with a par on the very difficult par four tenth at Laguna Seca.  Jaclyn LaHa rounded out the group with a 163 for third place.

Next up on the 2016-2017 season calendar is the Fall Series IV Championship, slated for Sept. 10-11 at Haggin Oaks in Sacramento.