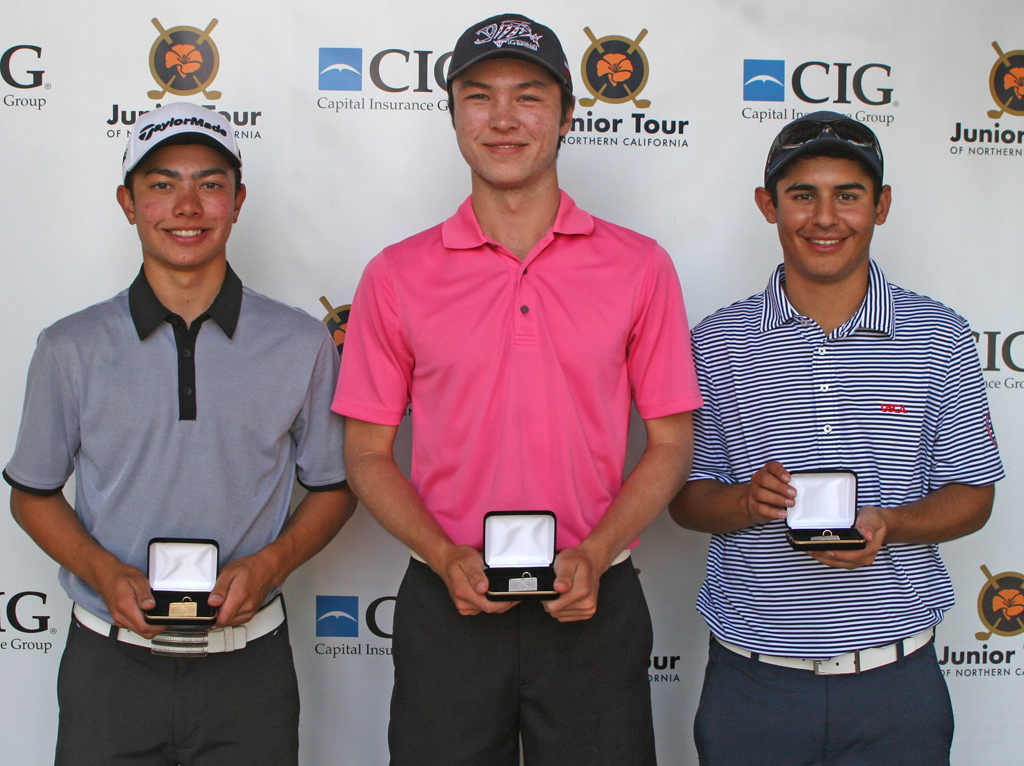 The win was Hutchison’s third in 2016, tying the JTNC Boys’ record for most wins in the same year.

Following a ho-hum opening 72, Carper, of San Jose, made a charge with a 67 that included six birdies and just one bogey. Also making a run was third place finisher Ashkaan Hakim of San Ramon. Hakim, who shot a first round 74, had a second round 67 featuring an eagle and four birdies.

Carmel’s George McNeely was fourth at 142, while Joshua Quarles of Pacific Grove and Vijay Srinivasan shared fifth place at 143. In the Girls’ Championship, Duong got her first win of the 2016-2017 season, holding off runner-up Sabrina Iqbal.

Coming off a first round 76, Duong was solid, posting a 73 with three birdies and just two bogeys.

Iqbal, fresh off a win at the Fall Series I Championship and her record third straight Girls’ Player of the Year crown, slipped to a 77 in Saturday’s opener. She’d rebound with a second round 74, but still fell two shots shy of catching Duong.

Coming in tied for third at 153 were San Jose’s Angela Liu and San Ramon’s Jacqueline Ha after final rounds of 76 and 79, respectively. Liu would be awarded third place following a card-off.

Both Ty Akabane of Danville and Brooke Riley of Manteca finished T-5 at 154 after rounds of 74 and 77, respectively. In the Boys’ First Flight Championship Maximilian Ramirez of Watsonville and San Jose’s Jackson Koivun came in tied after regulation at 9-over 153. After a four-hole sudden death playoff, Ramirez came away as the winner.

Steven Chen of San Jose was third at 156, while Nathan Wang of Fremont and Krishan Patel of San Jose finished T-4 at 157. In the Girls’ First Flight Championship, Steffi Lin of San Ramon took the title with a score of 154, defeating runner-up Cynthia Zhang of Milpitas by six shots. Will Del Biaggio had the shot of the event, making an ace.

Will Del Biaggio had the shot of the tournament, acing the par-3 6th hole on Sunday using a 5-iron.

Next up on the 2016-2017 season calendar is the Fall Series III Championship, slated for Sept. 3-4 at Rancho Canada Golf Club in Carmel Valley.