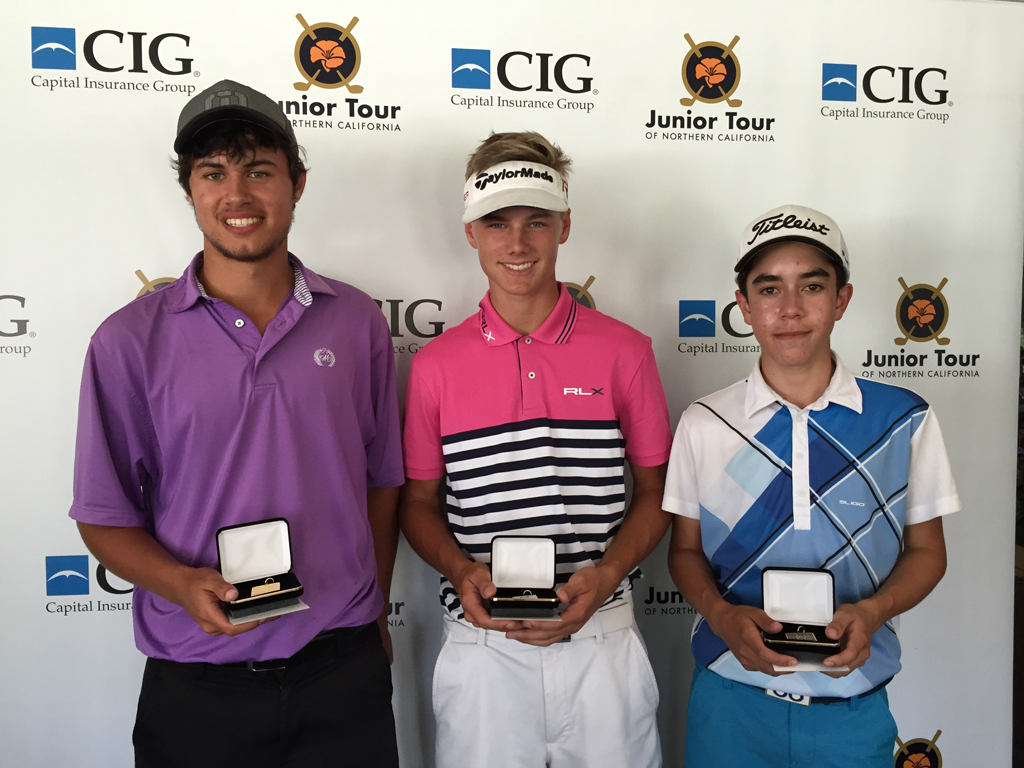 Nikolai Friedman of Corte Madera shot 2-over 146 and San Jose resident Sabrina Iqbal shot 6-over 150 to win their respective divisions at the Fall Series I Championship held Saturday and Sunday at par-72 Cypress Lakes Golf Club in Vacaville. Friedman picked up the first Boys’ win of the 2016-2017 season thanks to a stellar second round 4-under 68 that included five birdies and just one bogey. In Saturday’s first round, Friedman was unable to pick up any birdies en route to carding a 78.

Both Cooper Hunt of El Dorado Hills and Carlos Arieta Winsett of Los Altos were second at 147 after final round scores of 74 and 76, respectively. Hunt had a chance to force a playoff with Friedman but bogeyed the 18th. Arieta Winsett also had a shot at the title but suffered a critical double-bogey on the 17th. Hunt would be awarded second place in a card-off. Iqbal, the 2015-2016 JTNC Girls’ Player of the Year, picked up right where she left off. The Pioneer High junior had back-to-back rounds of 75 to hold runner-up Jacqueline Ha of San Ramon by s a stroke. For Iqbal, the win was her fourth in 2016 and 18th career JTNC crown, tying her with former junior sensation Casie Cathrea for most JTNC victories.

Ha had rounds of 76-75. Finishing in third place at 153 after a 79 was Rocklin resident Nicole Schroeder.

Livermore’s Alexandria Christeson was fourth at 154, with Pleasanton’s Annie Liu taking fifth at 156. In the Boys’ First Flight Championship, Fremont’s Nathan Wang took the title with a two-day score of 3-over 147. Wang, who won by 13 shots, had rounds of 74-73. In the Girls’ First Flight Championship, Cynthia Zhang of Milpitas took the title with a two-day total of 15-over 159.