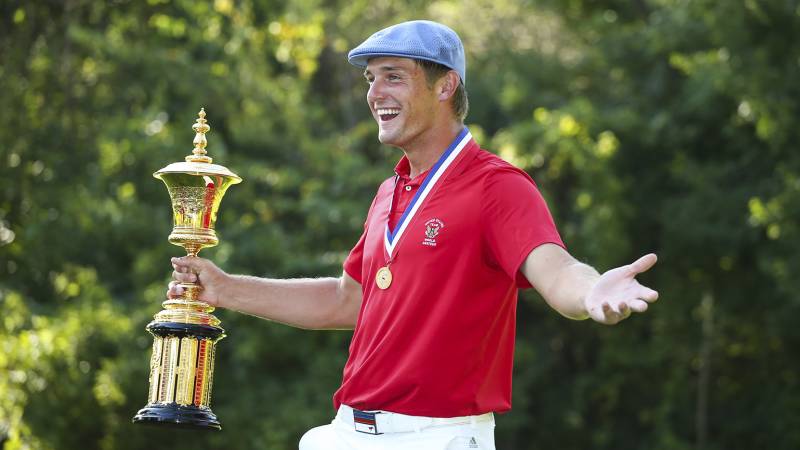 Clovis resident Bryson DeChambeau won the U.S. Amateur and joined an elite group.
DeChambeau, a senior at Southern Methodist University who honed his game on the Junior Tour of Northern California, captured the U.S. Amateur Championship Sunday with a 7 and 6 win over Derek Bard in the 36-hole final at Olympia Fields.
Among the feats that DeChambeau achieved with the victory:
He’s the first Northern California native to win the U.S. Amateur title or any USGA individual title since Ricky Barnes in 2002.
He joins Jack Nicklaus (1961), Tiger Woods (1996) Phil Mickelson (1990) and Ryan Moore (2004) as the only players to win both the U.S. Amateur and NCAA Championship in the same year.
It was the widest margin in a U.S. Amateur title match since Byeong-Hun An’s 7-and-5 victory over Ben Martin in 2009.
“”I can’t believe what I just did,” DeChambeau said. “I’m in golf history. I don’t understand it yet. It’s an honor to be in that field.”
Holding a 2-up lead after the morning portion, DeChambeau only turned up the heat in the afternoon round.
“I thought, ‘Keep pressing the pedal to the metal now, play Bryson golf,’” said DeChambeau, who made nine birdies over the 30 holes of the match.Holding a 2-up lead after the morning portion, DeChambeau only turned up the heat in the afternoon round.
Overall, DeChambeau went 20-under through his six matches. When Bard did take a lead in the morning portion, it marked the first time that DeChambeau had trailed since the Round of 16.
The win also gives the NCGA a sweep in this year’s U.S. Amateur championships. Hannah O’Sullivan, also a former JTNC member and member at The Olympic Club, won the U.S. Women’s Amateur last weekend. 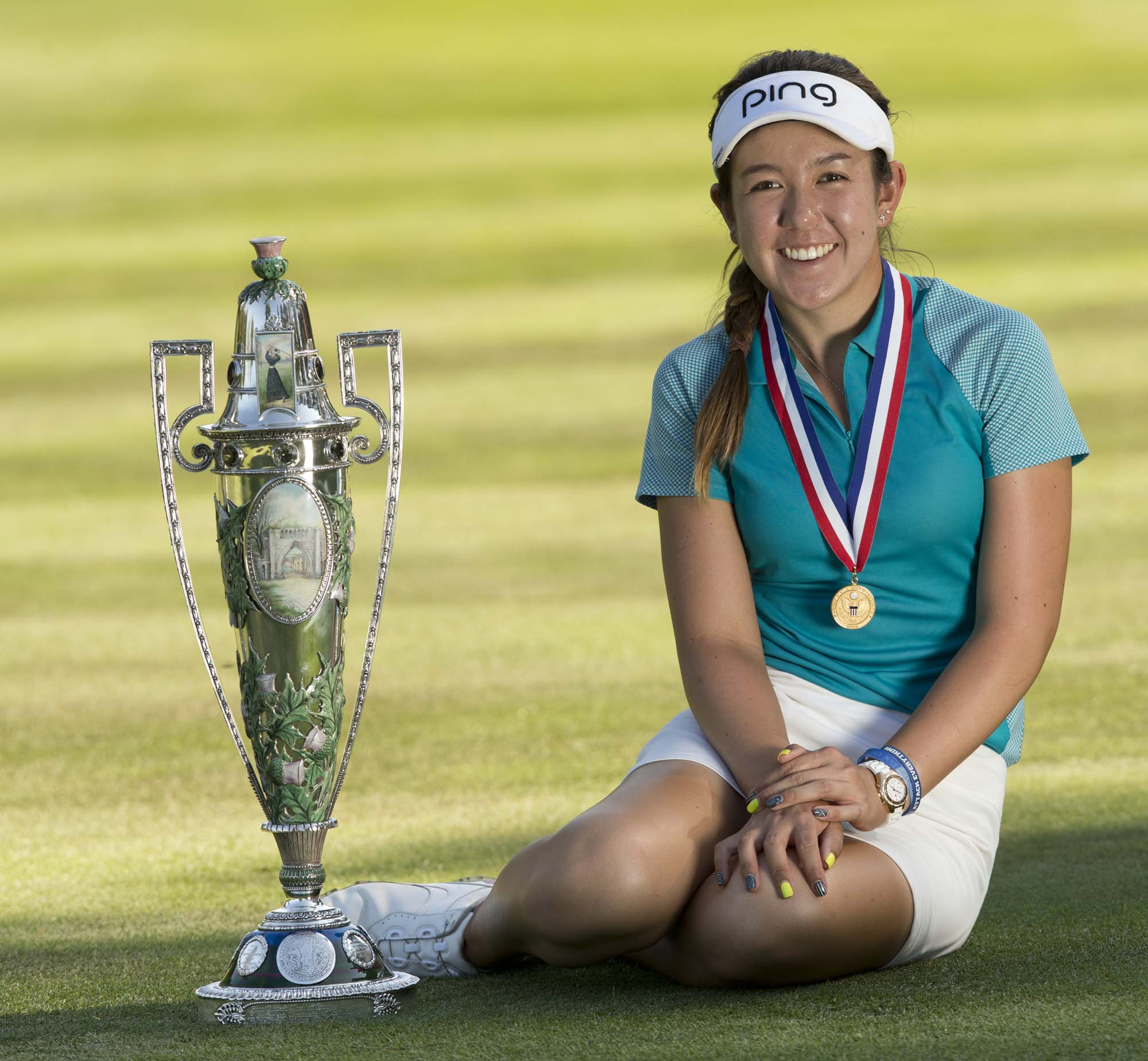 Former Junior Tour of Northern California member Hannah O’Sullivan has her second huge win of 2015.
O’Sullivan, who grew up in the Bay Area but now resides in Arizona, won the 2015 U.S. Women’s Amateur Championship on Sunday after defeating Sierra Brooks, 3 and 2, in Sunday’s final at Portland Golf Club.
Back in February, O’Sullivan, then 16, became the youngest ever winner on the Symetra Tour when she captured the Gateway Classic.
“I can’t really describe how good it feels,” said O’Sullivan, whose year also a co-runner-up finish at the 2015 U.S. Women’s Amateur Four-Ball Championship, where she played with partner Robynn Ree. “It was just such a tough match today, and to be able to come out on top, it’s just incredible. I just feel so blessed.”
2015 U.S. Women’s Amateur
Things didn’t look so good for O’Sullivan in the morning portion of the 36-hole finale. Through the first 14 holes, she trailed by three.
The tide began turning on the par-4 16th when O’Sullivan drained a 30-footer for birdie to cut Brooks’ lead to 2 up. Brooks then stumbled on the par-5 18th, finding a left fairway bunker off the tee that led to another O’Sullivan win to cut the deficit to one entering the break.
In the afternoon, O’Sullivan squared the match through 23 holes, took the lead on the 24th hole and later sank a 4-foot par putt on the 34th green to seal the victory.
With the victory, O’Sullivan, who will start playing for USC in the fall of 2016, earned exemptions into the 2016 U.S. Women’s Open at CordeValle, a 10-year exemption into the U.S. Women’s Amateur and one-year exemptions into the Ricoh Women’s British Open Championship, ANA Inspiration and Evian Championship
“I felt like I wasn’t playing very well at all the first 18, but I fought back and I still shot 1 under,” O’Sullivan said. “I knew the game was definitely there, and I had the opportunities.”