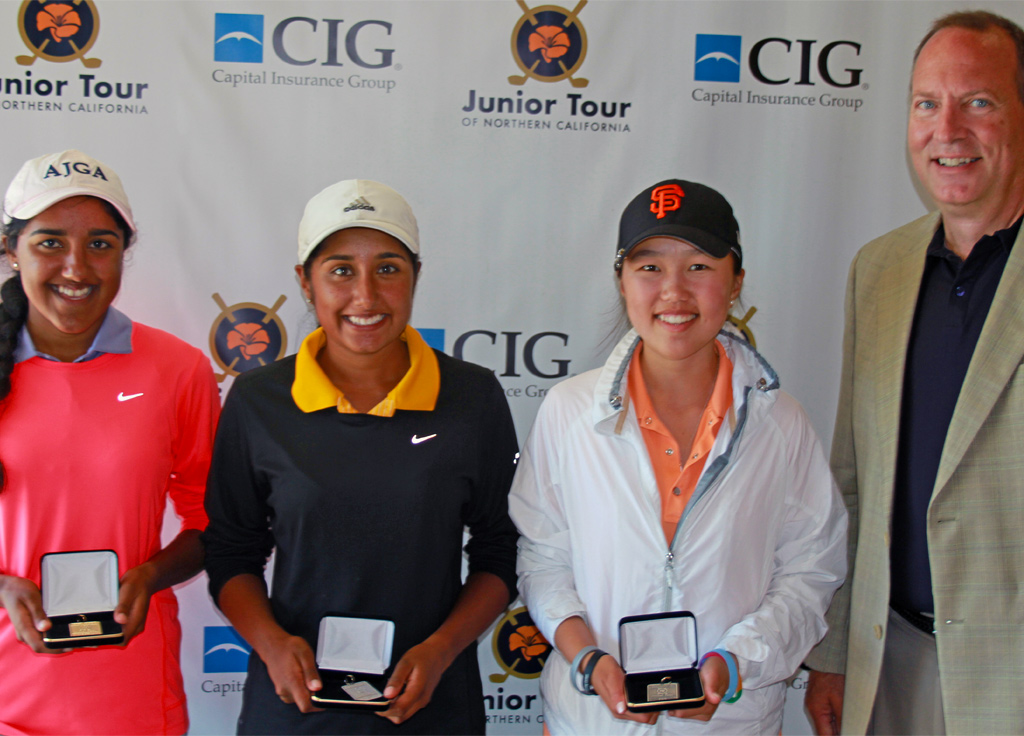 Playing in his final junior tournament, Suh posted a final round 1-under 70 to come from a stroke behind to take the title by two strokes over four players. 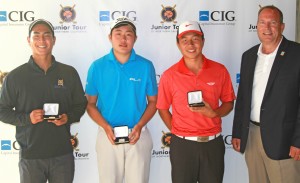 A freshman-to-be at USC, Suh posted three birdies and two bogeys in the finale. He’d arrive at the par-5 18th at a total of 1-under, but had to settle for par.

“I felt like my putting and driving was going to be the key to playing well here. And I did that. I read the greens really well,” Suh said.

In Monday’s first round, the 18-year-old Suh shot even-par with three birdies and three bogeys. He entered the final round a stroke behind a pack of four players who had opened with 70.

“I figured that the last two to three groups, it was really anyone’s game,” Suh said. “It was my last junior tournament so I wanted to make a run.”

Chen had the low round of the day, carding a 69 that featured six birdies and four bogeys. Hutchison, who finished runner-up to Suh at this year’s San Francisco City Amateur, shot a 71 with three birdies and three bogeys.

Both Henry and Lai, who won the NCGA Junior Championship at Spyglass Hill earlier this month, had final round 73’s. 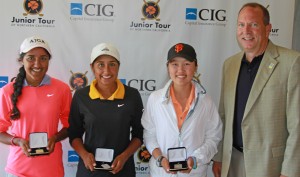 For Sangha, the biggest threat would be her older sister, Amanjoty.

Both Kiran, a sophomore at San Mateo High, and Amanjoty, a senior at San Mateo, entered the final round tied for the lead after opening with matching scores of 74.

In the final round, Kiran shot 78 while Amanjoty had an 81, giving Kiran the title by three shots.

“We root for each other. I was just playing my own game,” Kiran said. “I didn’t push too hard.”

The big difference came on the tougher Poppy Hills’ front-nine, where Kiran went 3-over while Amanjoty went 9-over.

“I just didn’t play well on the front-nine,” said Amanjoty, adding that the two don’t have a rivalry. “I had a tough time staying in the fairway.”

The two picked up golf from their father, who took them to the driving range at Poplar Creek GC when they were younger. 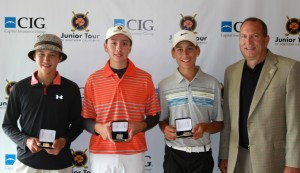 “We were lucky the first day shooting the same score,” Amanjoty said. “It was fun.”

Finishing third in the Girls’ Championship at 156 was Naomi Lee of Menlo Park, who carded two straight 78’s.

In the Boys’ First Flight Championship, it was a runaway as John Heckel of San Jose shot a final round 73 to come in at 2-over 144, defeating runner-up Edward Anaya of Orinda by eight strokes.

Heckel, who opened with a stellar 71, had seven birdies, seven bogeys and a double-bogey over his 36 holes.

Anaya shot rounds of 77-75, while third place finisher Micheal Deklerk of Los Altos had rounds of 78-75.

Fourth place in the Boys’ First Flight went to San Luis Obispo’s Casey Leebrick at 157, with fifth place going to Douglas Burton of San Jose at 159. 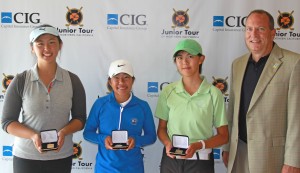 In the Girls’ First Flight Championship, Audrey Lin of Fremont had a final round 74 for a two-day total of 153 and a one stroke win over Doodle Yuen (80-74) of Los Gatos.

Girls’ Player of the Year honors went to San Jose’s Sabrina Iqbal, who finished the 2014-2015 campaign with 3,955 points. It’s the second straight year that Iqbal has earned the honor.

The Tour Championship concluded the 2014-2015 JTNC season. Next up will be the 2015-2016 season opening Fall Series I Championship at Paso Robles Country Club in Paso Robles.

The leaderboards are jammed after Monday’s first round of the annual CIG-sponsored JTNC Tour Championship at par-71 Poppy Hills Golf Course in Pebble Beach.

Both Lai and Woolsey entered the season-ending championship at No.5 and No.2, respectively, in the JTNC Boys’ Player of the Year standings.

San Jose’s Justin Suh, who’s headed to USC in the fall and came in holding the No.1 spot, is one stroke off the lead along with Brad Reeves of Woodbridge and Ryan Burnett of Lafayette following an opening 71. Four players, including No.3 Thomas Hutchison of San Jose and Danville’s Joshua McCarthy, are just two strokes behind the leaders after opening with 72. McCarthy, who entered the season finale at No.4 in the standings, won last year’s Boys’ Player of the Year title.

Over in the Girls’ Championship, it’s a family affair as sisters Kiran and Amanjoty Sangha grabbed a share of the lead with matching 74’s. Kiran Sangha posted three birdies to go against six bogeys, while Amanjoty had four birdies but also five bogeys and a double-bogey.

Alone in third place is San Ramon’s Jacqueline Ha at 76, while four players, including Emily Rotter of Fremont and Danville’s Ysabel Magat, are T-4 after opening with 78.

Things are also tight in the Boys’ First Flight Championship. There, John Heckel of San Jose leads after a 71, but he’s got Jared Khoo of Danville, who shot 72, just a stroke behind him. Alex Horn of Belmont is also in the mix, alone in third following an opening 75.

In the Girls’ First Flight Championship, Emily Lu of San Jose grabbed the lead with a 76. Elizabeth Scholtes of Alameda is in second at 78, with Fremont’s Audrey Lin in third at 79.