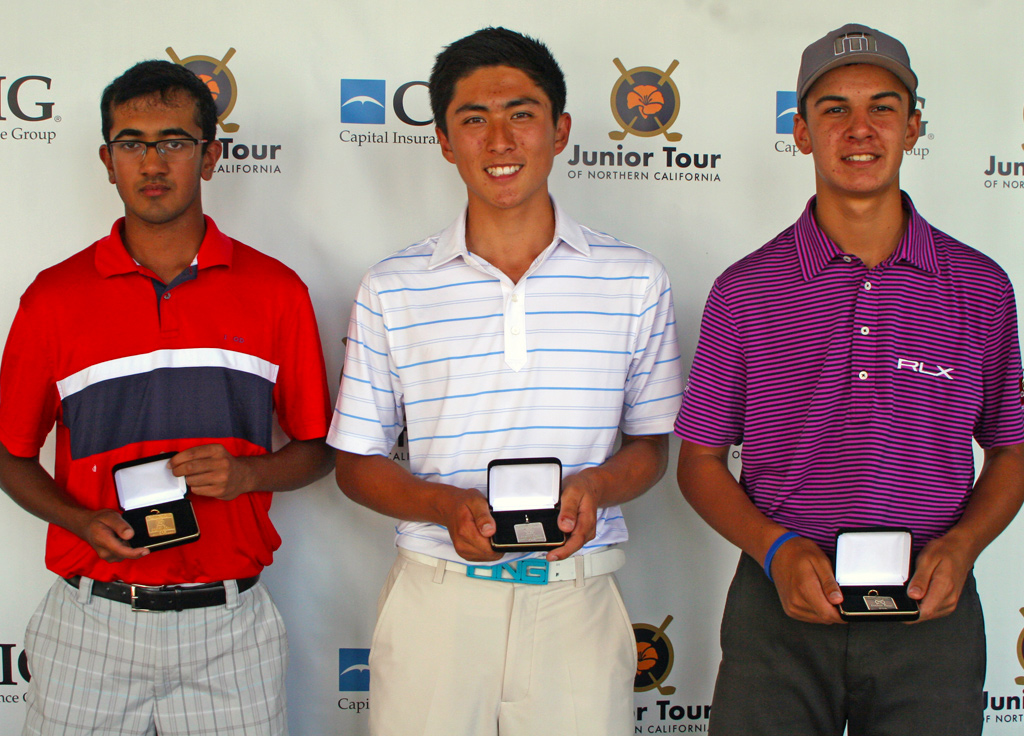 Vasireddy picked up his first win of the season thanks to a sensational second round. 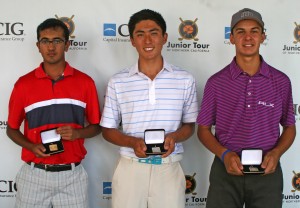 In Tuesday’s first round, Vasireddy opened play with an even-par 71 after carding three birdies to go with three bogeys. He’d trail leader Bryson Zorich by one. Zorich, of Rocklin, carded an opening 70 that featured an eagle on the par-5 14th to go with four birdies and five bogeys.

A day later, it was Vasireddy who had the hotter hand. In the finale, Vasireddy was steady, opening with a front-nine 1-under 34 that included two birdies and just one bogey. On the back-nine, he’d also go 1-under, posting a birdie to go with eight pars for a 69 and two-day total of 140.

While Vasireddy was in cruise control, Zorich slipped to a second round 74. Zorich got off to a slow start, carding a double-bogey on the par-4 1st hole. He’d play his next nine holes at even par, but went backwards again following a triple-bogey on the par-4 11th. Zorich played his final seven holes at 2-under, but by then Vasireddy had things locked up, going on to win by four strokes.

Also coming in at 144 and finishing tied for second was Davis resident Sam Yamauchi. A day after opening with a 73, Yamauchi made a run up the leaderboard with a 71 that featured three birdies and three bogeys. In a card-off (lower back-nine score), Yamauchi was awarded second place with Zorich taking third.

Fourth place in the Boys’ Championship went to Reno’s Connor Motherway, who came in at 146 after rounds of 74-72. Napa’s Joseph Bosetti took fifth place at 147, shooting rounds of 74-73.

While Vasireddy wrapped things up in regulation, Cha had to go to extra holes to pick up her first win of the season.

In what turned out to be a duel from start to finish, both Cha and Maddie Jun of Mountain View opened play with first round leading scores of 5-over 76. A day later, the two were still together, as they’d each card 80 to finish regulation tied at 156. 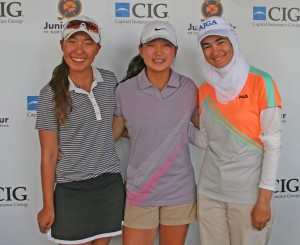 In a sudden-death playoff, Cha finally broke the tie, winning on the third hole.

During the final round, Cha held the lead at a total of 12-over with only four holes to play but she’d card a pair of bogeys to finish at 14-over. Jun, on the other hand, was at 15-over with just two holes to play. She’d birdie her 17th hole and made par to finish her round.

There was also a tie in the Girls’ Championship for third place. There, Noor Ahmed of Folsom and Clare Brady of Campbell finished with matching scores of 160 after final rounds of 80 and 81, respectively. Ahmed was awarded third place after a card-off (lower back-nine score).

Finishing tied for fifth place at 162 were San Jose’s Aishvarya Bedi, who had a final round 79, and Lexi Perry of El Dorado Hills, who posted a final round 81.

In the Boys’ First Flight Championship, Jared Tungol of Lincoln put together two solid rounds for the victory.

Playing a shorter course than the Boys’ Championship, Tungol carded rounds of 71-74 to come in at 3-over 145 and defeat runner Sam Sommerhauser of Lincoln by five strokes. 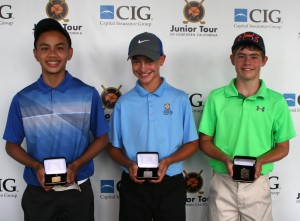 In the first round, Tungol was steady, carding 10 pars to go with four birdies and four bogeys. The 71 gave him a three-stroke lead over the field.

Sommerhauser had rounds of 76-74, finishing at 150. Taking third place in the Boys’ First Flight Championship was Dylan McDermott of Granite Bay, who came in at 154 after rounds of 74-80.

In the Girls’ First Flight Championship, Niav Layton of Palo Alto shot a final round 75 to come in at 151 and defeat runner-up Emma Sand of El  Dorado Hills by seven shots.

Sand had matching rounds of 79 each day. Taking third place was Kathering Sung of Palo Alto, who finished at 160 following two 80’s. 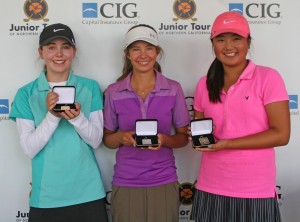 Next up on the JTNC calendar is the Summer Series V Championship, to be held July 20-21 at San Jose Country Club and Santa Teresa Golf Club.