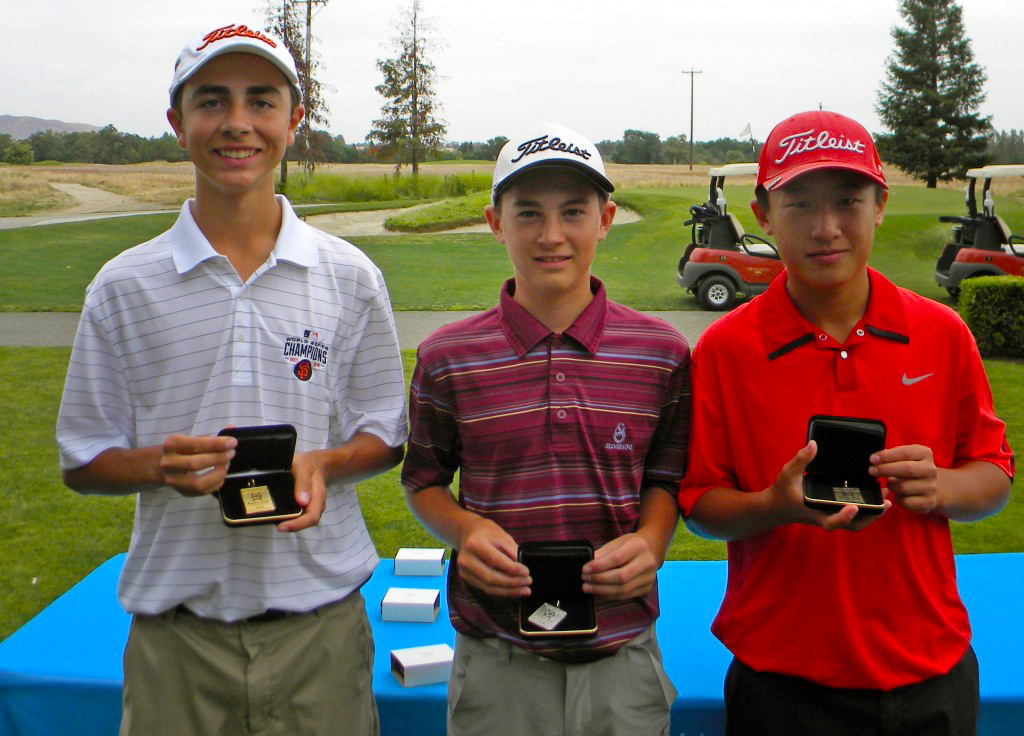 Grauman picked up his first win of the season thanks in part to a brilliant second round. 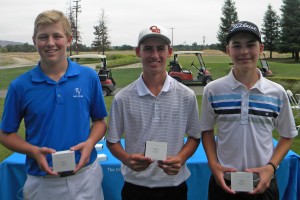 In Saturday’s opening round, Grauman grabbed a share of the lead with Fresno’s Tyler Gardner after the two came in with matching scores of 1-under 71.

Grauman was the epitome of steady in the first round, carding two birdies and a bogey to go with 15 pars. Gardner, meanwhile, had a much more wild day, carding five birdies (including back-to-back birdies on holes No.10 and 11 and No. 13 and 14) to go with four bogeys and nine pars.

Also in the mix following Saturday’s opener were San Jose’s Sebastian Iqbal and Anthony Georgouses of Fresno, who each came in with 73’s.

On Sunday, Grauman took control of the championship. He’d card a sensational, bogey-free 6-under 66 that featured four birdies and an eagle on the par-5 13th.

At a total of 2-under after his front-nine, a sizzling back-nine gave Grauman a 31 and led to a comfortable seven stroke victory over Gardner.

A day after his 71, Gardner was steadier—carding 13 pars—but he’d only pick up two birdies to go against three bogeys.

Also making a move on Sunday was Kingsburg resident Brian Stark, who followed up an opening round 76 with a 3-under 69 to move to third place. A day after posting two birdies and six bogeys, Stark penciled in four birdies to go against just one bogey.

Finishing in a tie for fourth in the Boys’ Championship at 148 were Iqbal, Georgouses and Richmond’s Carlo Gatmaytan. 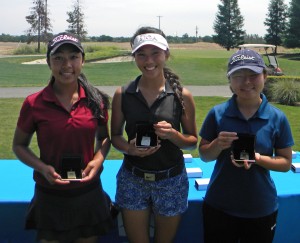 Iqbal and Georgouses both fell backwards in the second round with a pair of matching 78’s. Gatamaytan climbed the leaderboard, shooting a 72 after opening with a 76.

The 2014 JTNC Girls’ Player of the Year, Iqbal grabbed a six shot lead over the field with a sensational first round 67 that included six birdies and just one bogey. The Pioneer High freshman was almost nearly as good on Sunday, posting a 71 that featured five birdies, one bogey and a triple-bogey. Over her 36 holes, Iqbal would card birdie on nearly a third of them (11).

Iqbal entered the event as the leader in the JTNC Girls’ Player of the Year points standings.

Finishing in second place was Friant’s Jacqueline Ngo, who came in at 151 after rounds of 77-74. During the 74, Ngo had a birdie and three bogeys.

Also carding a second round 74 was Fresno’s Aya Enjoki, who finished third at 152.

Things were a bit closer in the Boys’ First Flight Championship. There, Fresno’s Michael Jura III shot a 1-under 71 to come in at 146 and defeat runner-up Kyle Kuest by four strokes.

Jura, who was tied with two other players after a first round 75, made his move on Sunday by carding four birdies to go with a bogey and double-bogey.

Kuest, who also hails from Fresno, had back-to-back rounds of 75 to finish second at 150. Third place went to Danville’s Alex Sun, who finished at 151 after rounds of 78-73. 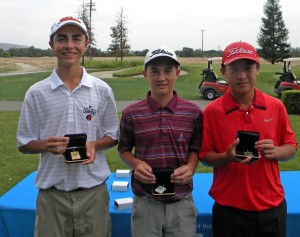 Finishing in a tie for fourth in the Boys’ First Flight Championship were Casey Leebrick of San Luis Obispo and Bradley Vu of Santa Cruz, who both came in at 152 after finals rounds of 75 and 77, respectively.

In the Girls’ First Flight Championship, Sammy Lee of San Ramon had a final round 80 but held on to defeat runner-up Kaleiya Romero of San Jose by a stroke.

Romero, who shot a first round 79, made a move on Sunday with a pair of birdies, but she’d bogey the 18th, one of her five bogeys on the day.

Third place went to Alameda’s Elizabeth Scholtes, who came in at 155 after rounds of 76-79. 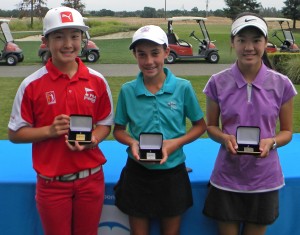