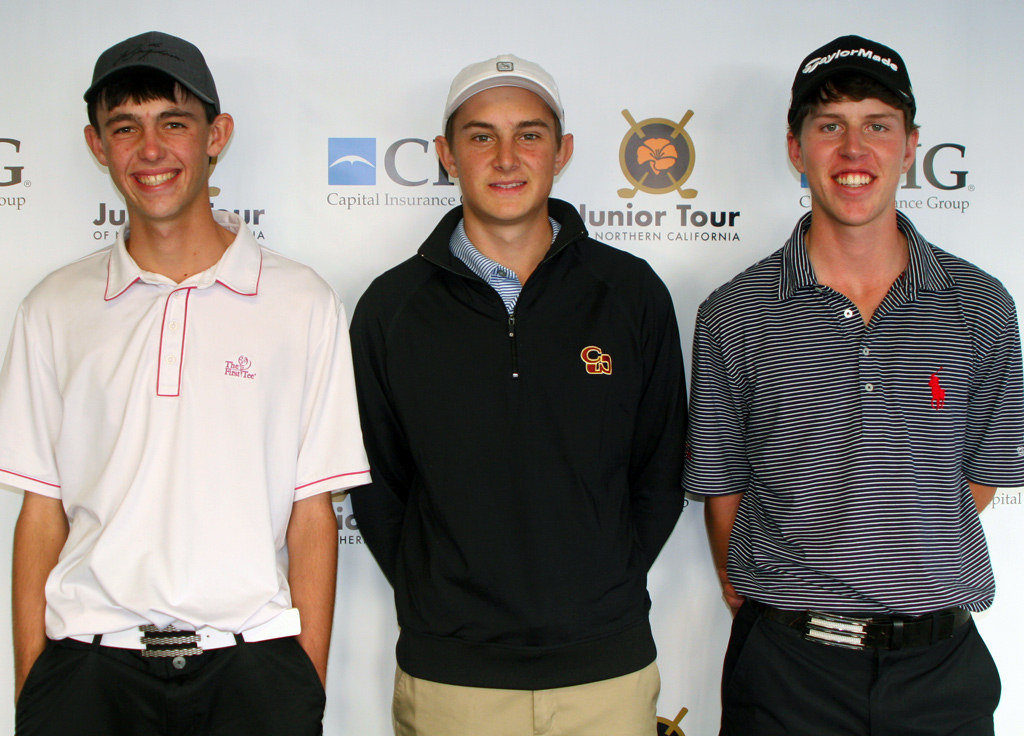 Avrit earned his second straight win the hard way, defeating Peter Kuest of Fresno on the fourth hole of a sudden-death playoff.

Following Saturday’s first round, Avrit appeared to be in a duel with Alamo’s Ryan Grauman after both players opened with matching scores of 2-under 69. 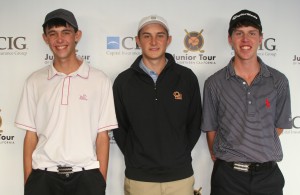 In Sunday’s finale, the leaderboard would become more jumbled.

Moving up the leaderboard, on the other hand, was Kuest. Coming off a solid 70 that featured three birdies and just two bogeys, Kuest shot a final round 71 to catch Avrit at a total of 141.

In the playoff, the two would halve the first three holes before Avrit, who won this year’s Pro-Junior title at the Nature Valley First Tee Open at Pebble Beach with partner Mark O’Meara, broke through.

McCarthy, the 2014 JTNC Player of the Year, finished in a tie for third with Grauman. Kyle Wilkinson of San Francisco placed fifth at 144 after a final round 73.

For Kim, it was also her second straight victory. 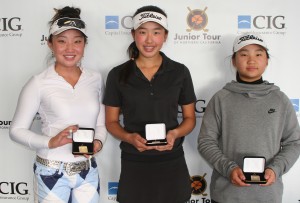 Coming off a win at the Holiday Series I at Del Monte GC, Kim took control early with a first round 72 that featured four birdies, three bogeys and a double-bogey.

Headed to UC Davis in the fall of 2016, Kim held on in the final round, posting a 76 to edge co-runner-ups Yealimi Noh of Concord and Ashely Shim of San Mateo by two strokes.

Both Noh and Shim came in at 150 after final rounds of 74 and 75, respectively. Noh was awarded second place after a card-off (lower back-nine score).

Angela Bagasbas of San Ramon placed fourth at 153 following a final round 75, while Angela Liu of San Jose took fifth at 154 following a 75.

Also on a roll is Danville resident Jared Khoo. 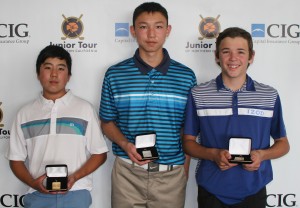 Khoo picked up his second straight win and third of the season, posting back-to-back rounds of 78 to come in at 156 and win the Boys’ First Flight Championship by two shots over co-runner-ups Alan Chen of Fremont and Garrett Boe of Clovis.

Chen and Boe, who each shot 82 in the final round, finished at 158. In a card-off, Boe was awarded second place with Chen taking third.

Kyle Kuest of Fresno and Justin Polk of Santa Clara shared fourth place at 159 following final rounds of 78 and 81, respectively.

In the Girls’ First Flight Championship, Pleasanton’s Gianelli Liguidliguid ran away with the title.

Liguidliguid posted rounds of 79-77 to come in at 156 and defeat the field by eight strokes. 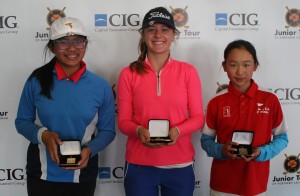 Both Liam Sklar of Los Gatos and Cynthia Zhang of Milpitas finished tied for second at 164 following final rounds of 78 and 81, respectively.  Sklar was awarded second place after a card-off.

Fourth place went to Helen Ye of Redwood City at 165 following an 83, while Livermore’s Isabel Minton was fifth at 166 after an 86.

The next regular tournament will be the Holiday Series III Championship, to be held Dec. 28-29 at Poppy Hills GC and Del Monte GC.