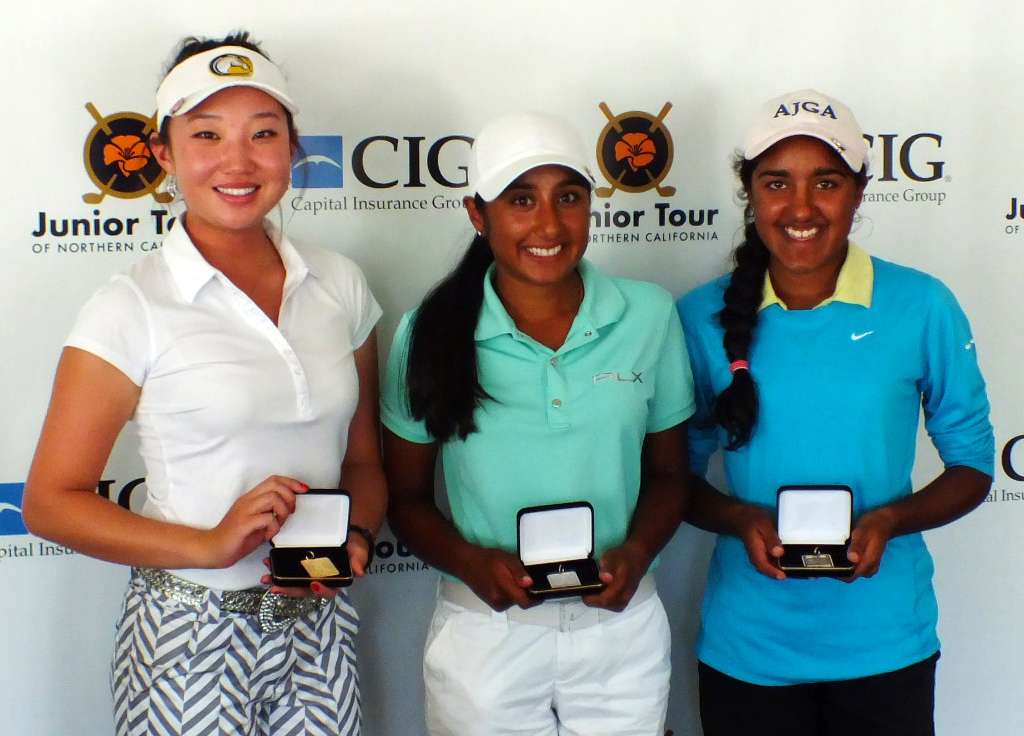 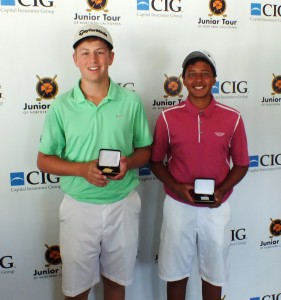 Grauman put together two terrific rounds to win by three over Ahmed Ali of Palo Alto.

In Saturday’s first round, he’d take a three-shot lead over the field after posting a 71 that included four birdies and three bogeys.

Ali, who competed in this year’s inaugural U.S. Amateur Four-Ball Championship at The Olympic Club, tried to make a charge but was unable to catch Grauman. A day after posting a 76, Ali fired a tourney-low 70 by carding three birdies to go against just one bogey.

Finishing in a tie for third at 147 were Kyle Wilkinson of San Francisco and Joshua McCarthy of Danville.

Both Wilkinson and McCarthy put together rounds of 74-73. The 2014 JTNC Player of the Year, McCarthy was coming off a second place finish at the recent Fall Series I Championship.

Taking fifth place in the Boys’ Championship at 148 was San Jose’s Berk Harvey, who shot identical rounds of 74.

Kim also ran away from the field to take the title. 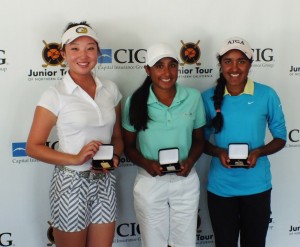 The runner-up at this year’s California Women’s Amateur Championship, Kim found herself tied for the lead after Saturday’s first round with San Mateo’s Amanjoty Sangha at 74.

In Sunday’s finale, Kim, a senior at Dougherty Valley High, broke away from not only Sangha but everyone else. She’d post a solid 1-under 71 featuring two birdies and just one bogey.

Tying for third place at 153 were Kiran Sangha of San Mateo and Concord resident Yealimi Noh, who shot final rounds of 75 and 76, respectively. Kiran Sangha was awarded third place in a card-off. 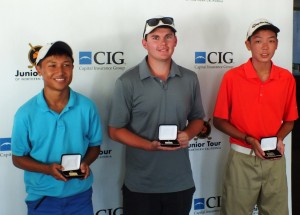 Finishing in fifth place in the Girls’ Championship at 156 was Pleasanton’s Annie Liu, who went 82-74.

Over in the Boys’ First Flight Championship, things were much tighter. 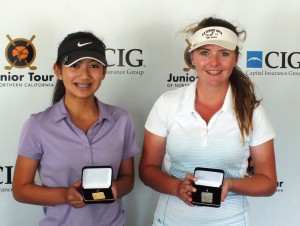 In Sunday’s final round, Ben Johannes of Ceres and Alexander Lin of Oakland shot 77 and 78, respectively, to finish regulation tied at 160. In a sudden-death playoff, Lin emerged victorious.

Three players—Nathan Chen of San Ramon, Jared Khoo of Danville and Nathan Wang of Fremont—all finished just a stroke outside of the playoff. Chen had a final round 77, Khoo shot 81 and Wang had an 82. In a card-off (low score back-nine), Chen was awarded third place.

Next up on the schedule is the Fall Series III Championship, to be held Sept. 6-7 at Spring Valley Golf Course in Milpitas.